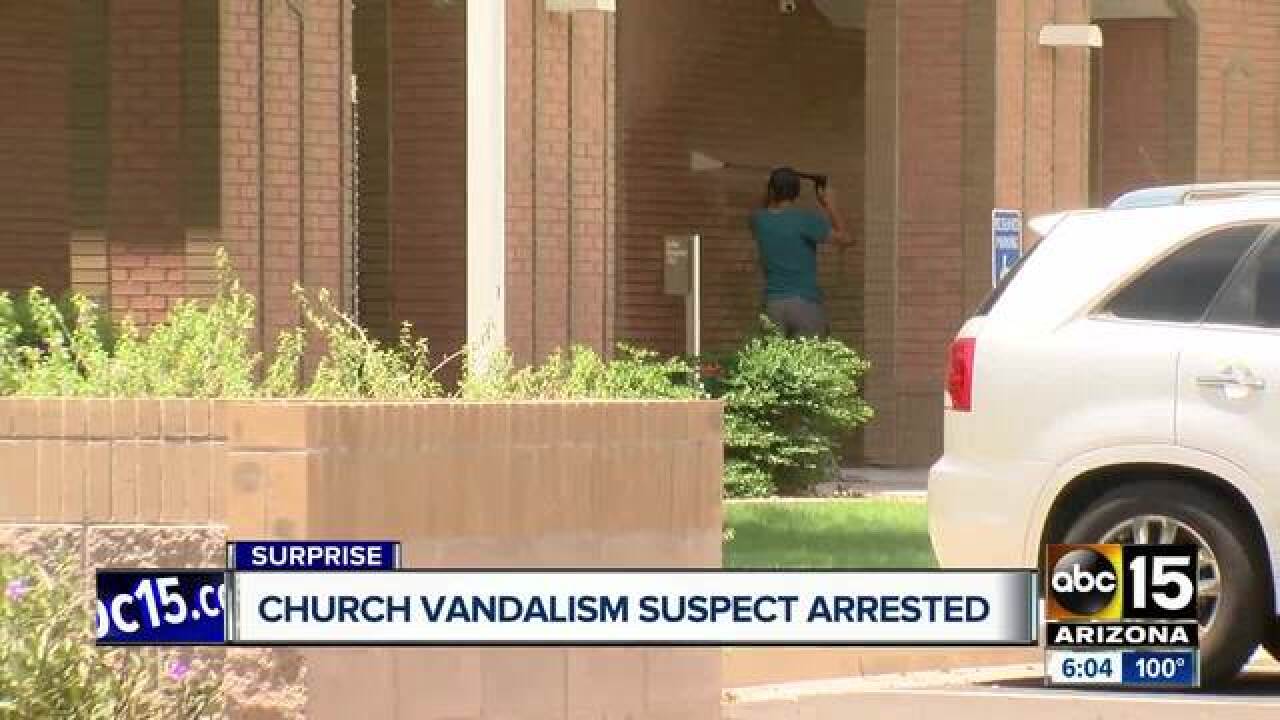 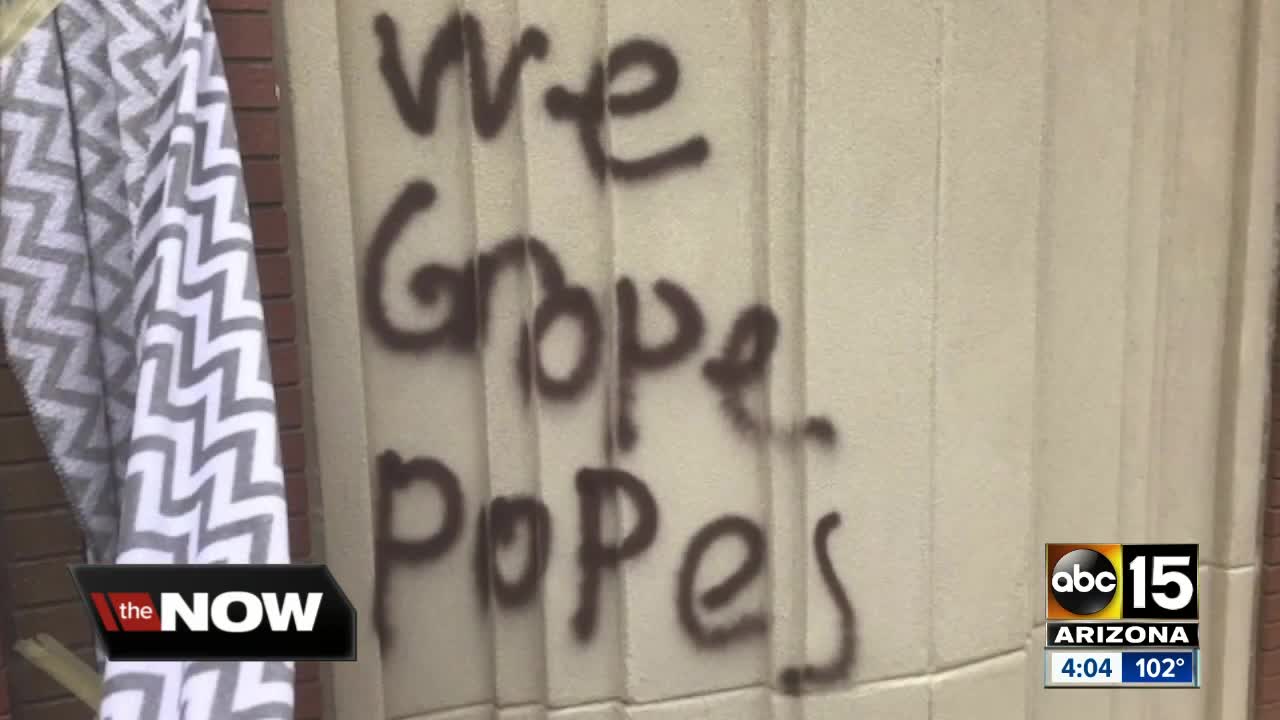 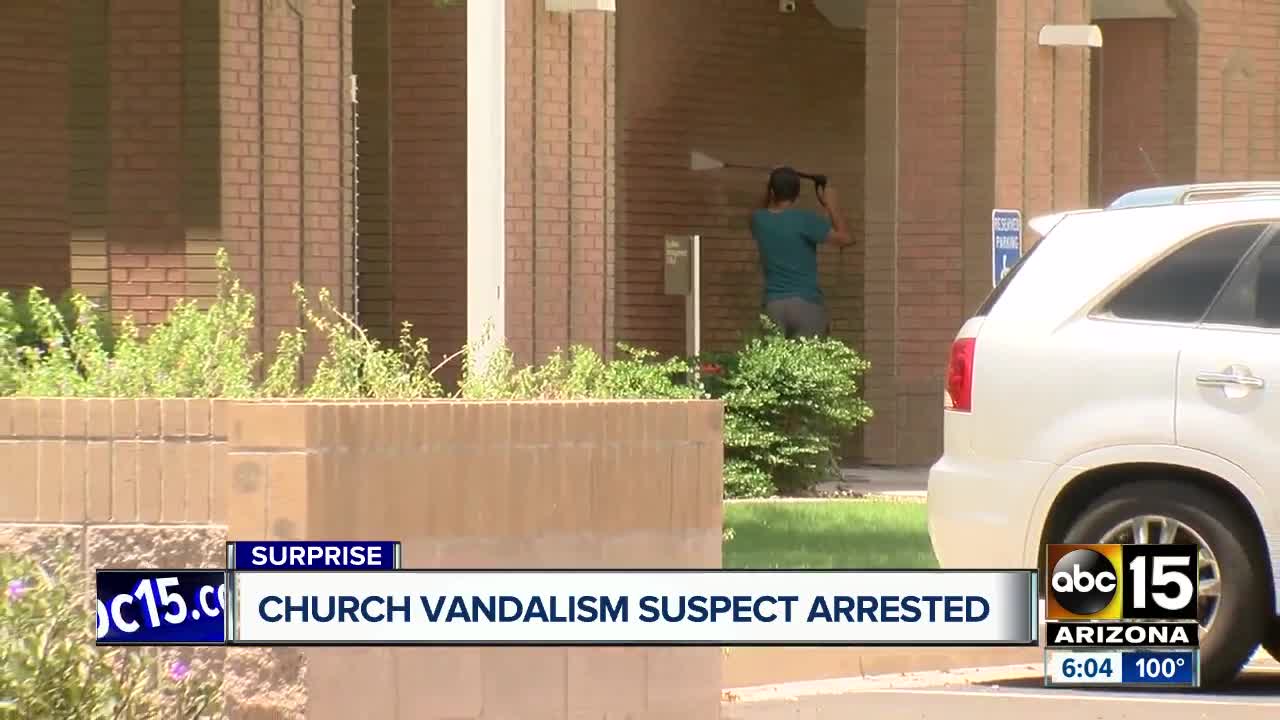 The Church of Jesus Christ of Latter-day Saints, near Sarival Avenue and Greenway Road, was targeted early Sunday morning.

The culprit changed one sign to say, "heretics welcome." One tag was about, "groping popes" and another writing questioned, "Doesn't God hate gay."

A security camera caught the vandal in action, which helped lead to an arrest.

"It's just unbelievable that anyone would do that," said neighbor Mark Bihun.

Surprise police said the teen also spray-painted graffiti at a nearby park.

A crew cleaned off the writing at the church Monday. An LDS church spokesman said church members feel saddened about what happened, and they realize people have differences of opinion. Even so, they try to love everyone, and they say the boy's dad apologized.

The teen could face an enhanced charge of felony aggravated criminal damage because he targeted a church, according to a Surprise Police Department spokesman.