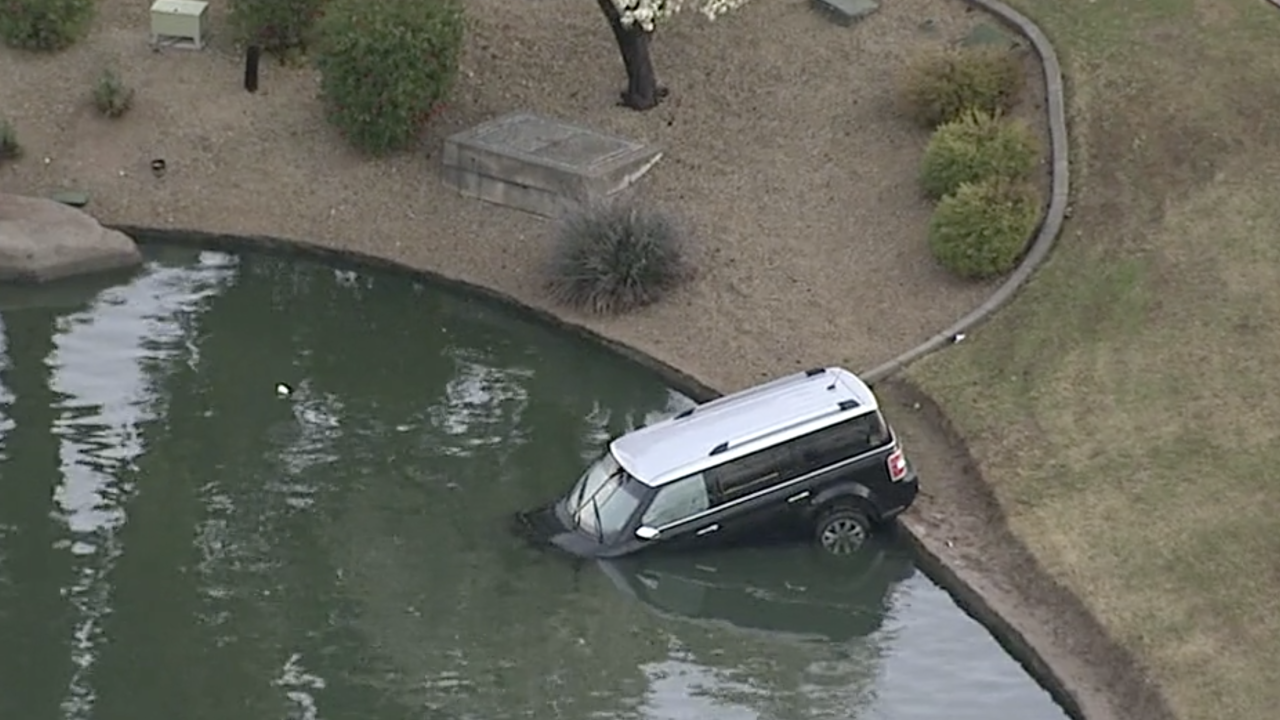 SURPRISE, AZ — A woman who was the subject of a Silver Alert early Tuesday morning was found after crashing her vehicle into a Surprise pond.

Crews were called to a community pond near Bell Road and Parkview Place around 7 a.m. Tuesday for reports of a vehicle into the water.

Video from the scene showed a black Ford Flex partially submerged in the water.

Maricopa County Sheriff's Office says Strong was not seriously injured during the crash and will likely be taken to the hospital as a precaution.

She had been reportedly following her son to an assisted living facility Monday when he pulled into the parking lot and she kept driving. It's unknown what led to the wreck or where Strong had been since she was reported missing.