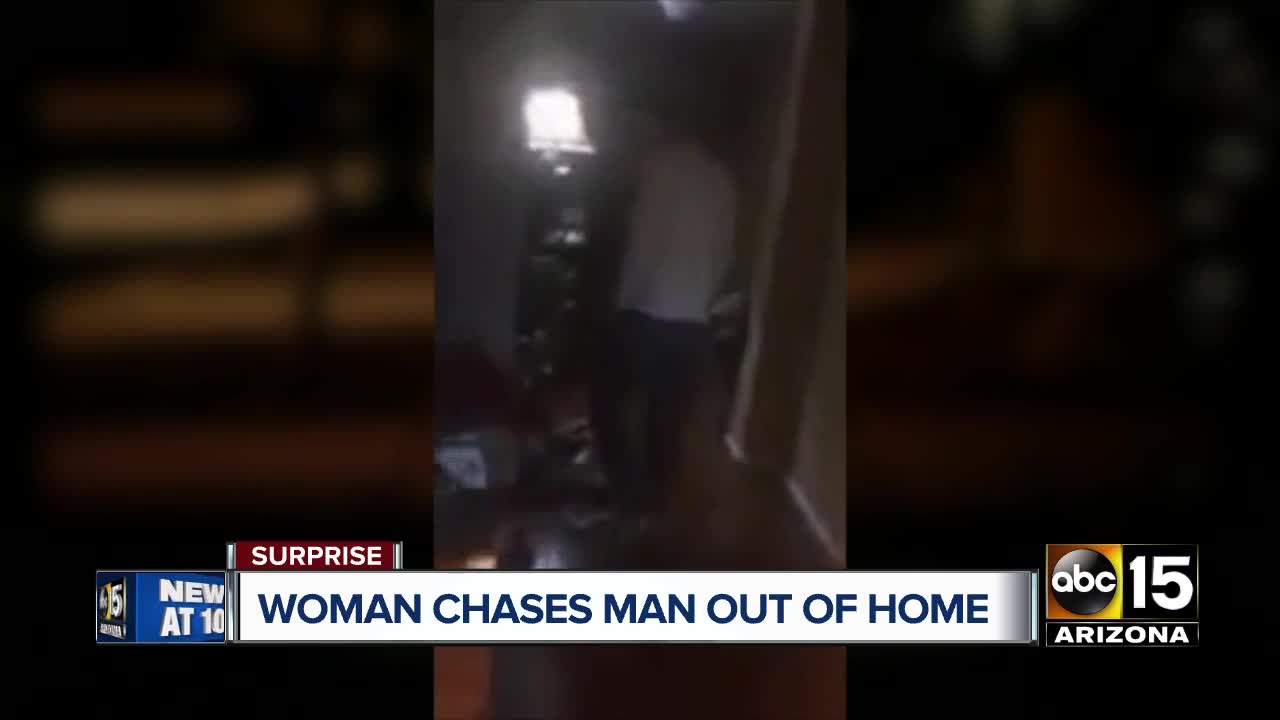 Police are looking for a man who was caught on video wandering through a woman's home and then attempted to steal their vehicle. 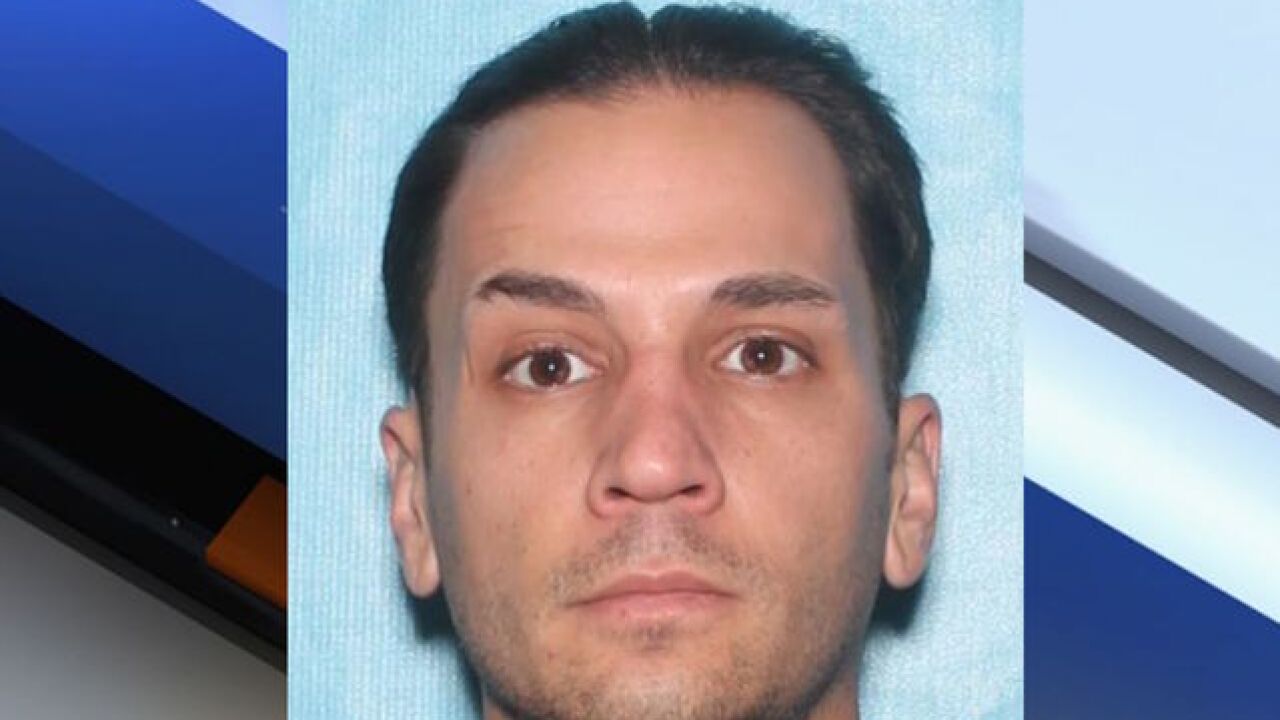 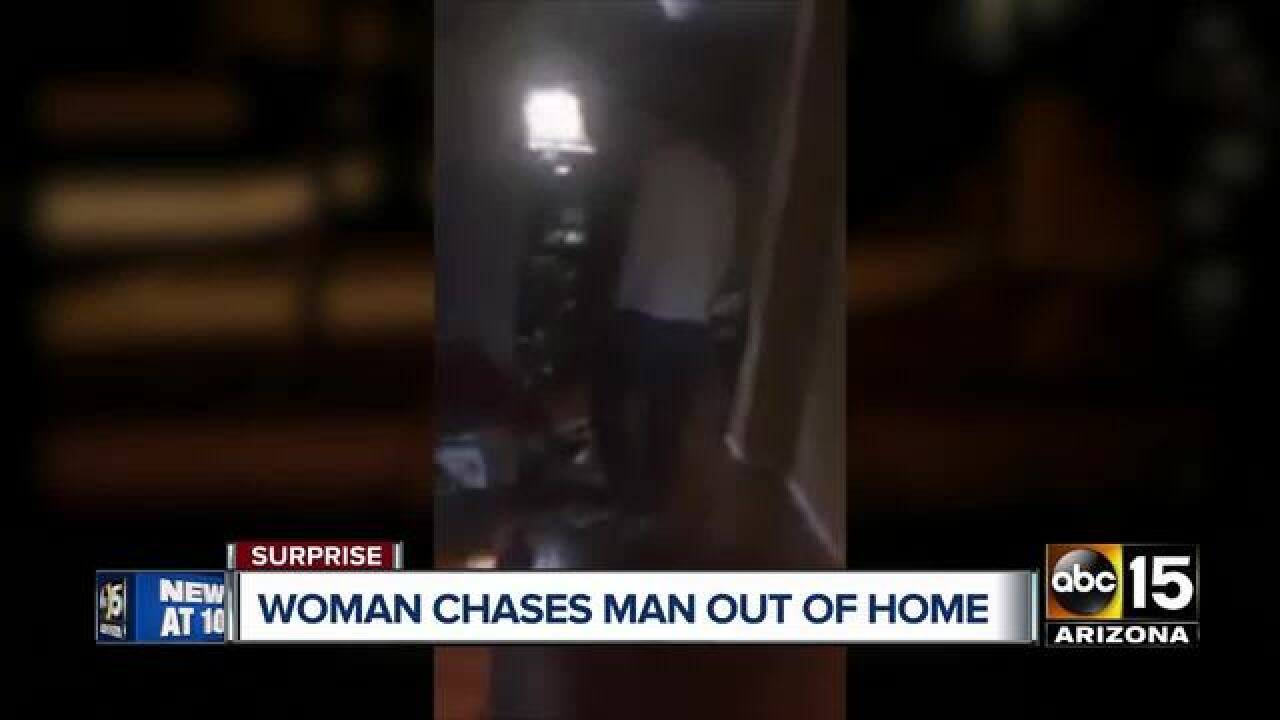 A man wanted in connection to a Surprise home break-in has been arrested by police.

On Wednesday morning, she noticed a blanket and a pillow on the ground by her couch at her home off Cactus Road and Bullard Avenue in Surprise. That's where she found a man sleeping on her living room floor.

Weaver screamed, and the man woke up, asking for his backpack, but Weaver wanted him gone, so she used one phone to call 911, and the other to start recording him. She says she wanted to make sure she had evidence of him inside, and get a good shot of what he looked like.

The man in the video seemingly calm, walks through Weaver's home, looking around for several minutes, before walking out the front door, but not before he snags her car keys. He quickly jumps into her black Toyota 4Runner, and takes off, even as Weaver tries to stop him.

"I held the door open and tried to reach into the car," she said. "He just gunned it. I thought for sure I was gonna get caught in the door between the pillar."

"My first reaction was like, 'what were you thinking?' like, 'why were you following him?'" said Weaver's daughter, Brooke. "He was not worried about the consequences, clearly."

Brooke and her mother shared the video she captured of the man inside their home on social media, and after several hundred shares, a woman reached out to them.

She identified the man in the video as 31-year-old Brandon Monaghan, her son. She told the Weavers her son has had a history of run-ins with the law -- charges ranging from car theft to DUI, and had spent several years incarcerated.

"I know he's capable of being dangerous," said Brooke. "So, I think everybody should definitely want him off the streets."

Sgt. Tim Klarkowski says the victims 4Runner was found hours after the incident near 35th Avenue and Ocotillo in Phoenix, but no one was inside the car.

In an update Friday afternoon, Surprise police said they found and arrested Monaghan. Monaghan is facing multiple felony counts including burglary and theft of a motor vehicle.