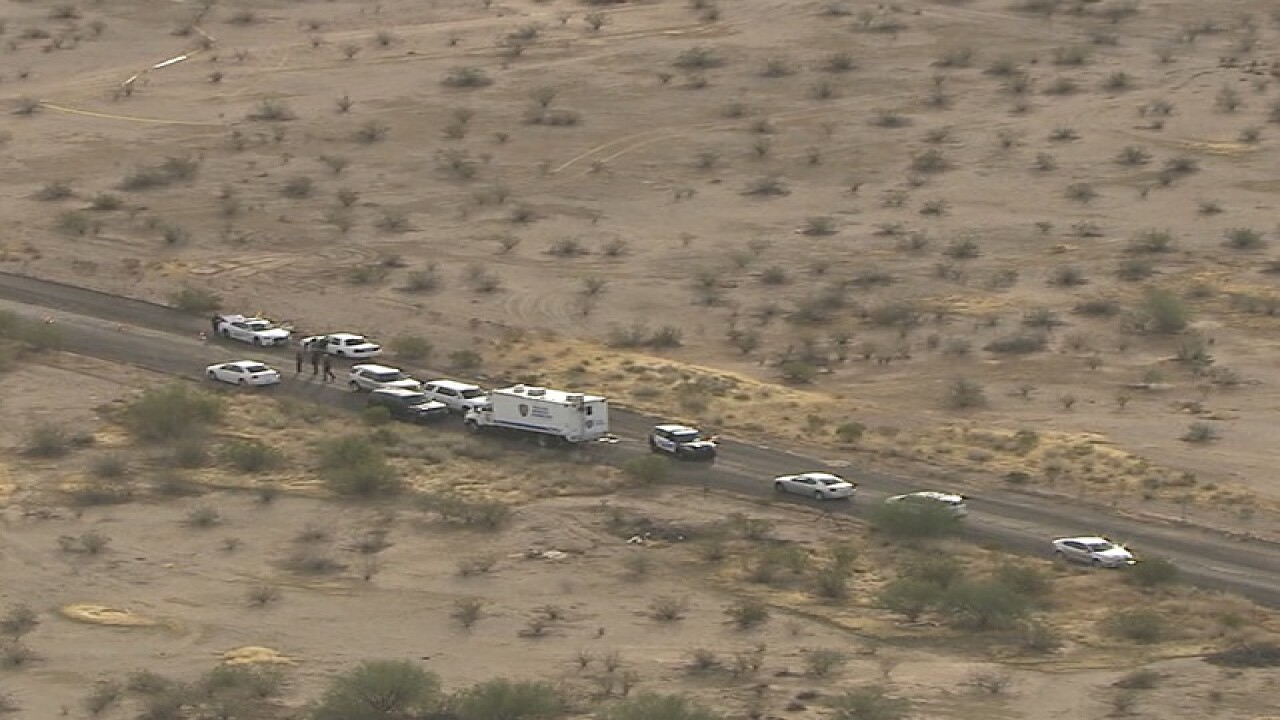 Surprise police are investigating after a man was found dead near the shoulder of the road.

According to police, 32-year-old Christopher James Remijio, of Wickenburg, was found lying near San Ysidro and 163rd Avenue around 11 p.m. on Wednesday.

Police said the circumstances of his death are suspicious.