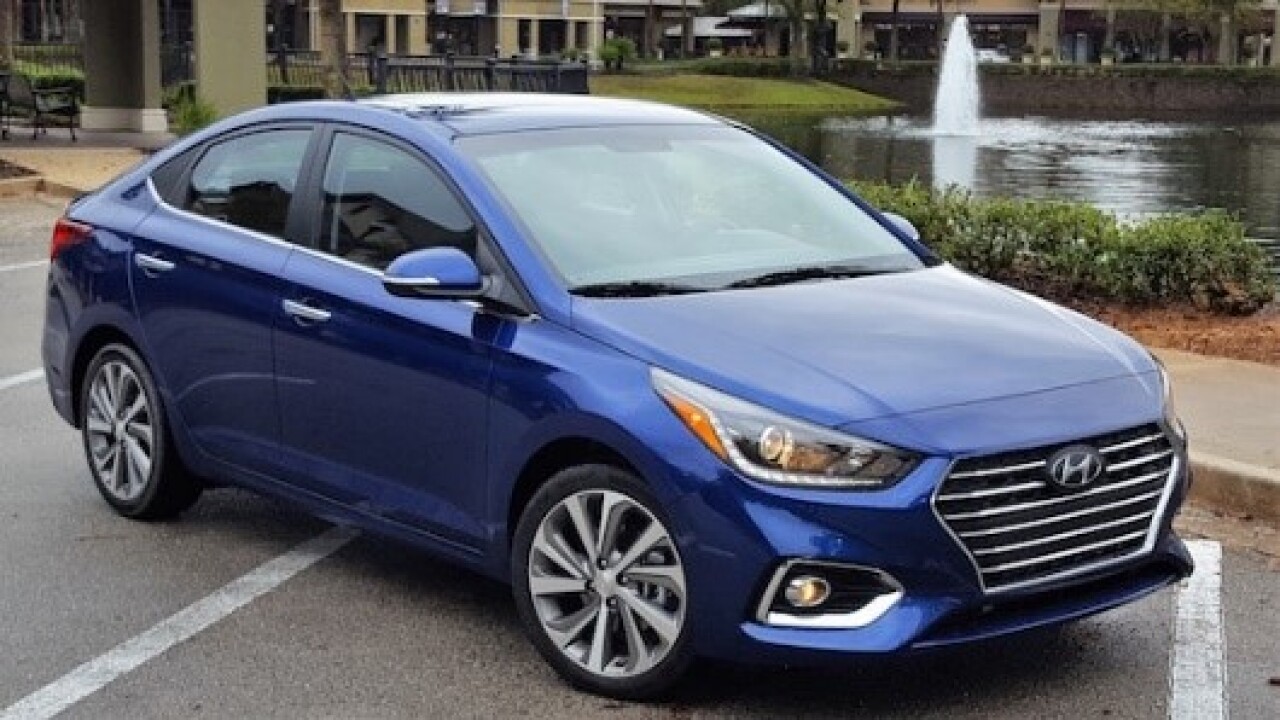 Provided by MCSO
NOT the suspect car, but a similar model.

A blue, four-door passenger car reportedly struck a motorcyclist and fled the scene, leaving the motorcyclist with serious injuries.

Vehicle parts that were left at the scene of the crash indicate the suspect vehicle may be a 2017 to 2020 Hyundai Accent (like the one pictured above). The vehicle in question is missing the passenger side mirror and may have other damage to the passenger side.

MCSO says anyone with information about the crash is asked to contact them at 602-876-1011 or email Tips@mcso.maricopa.gov. Reference Maricopa County Sheriff's Office Report IR20-010477.