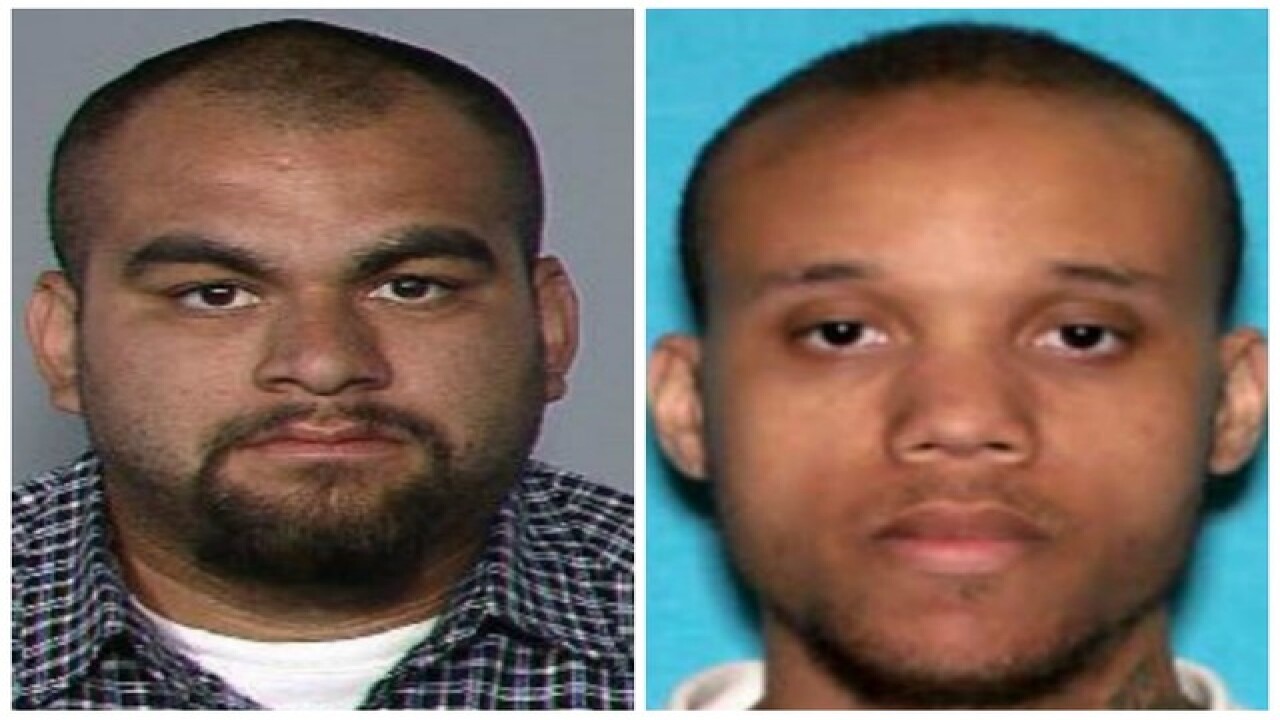 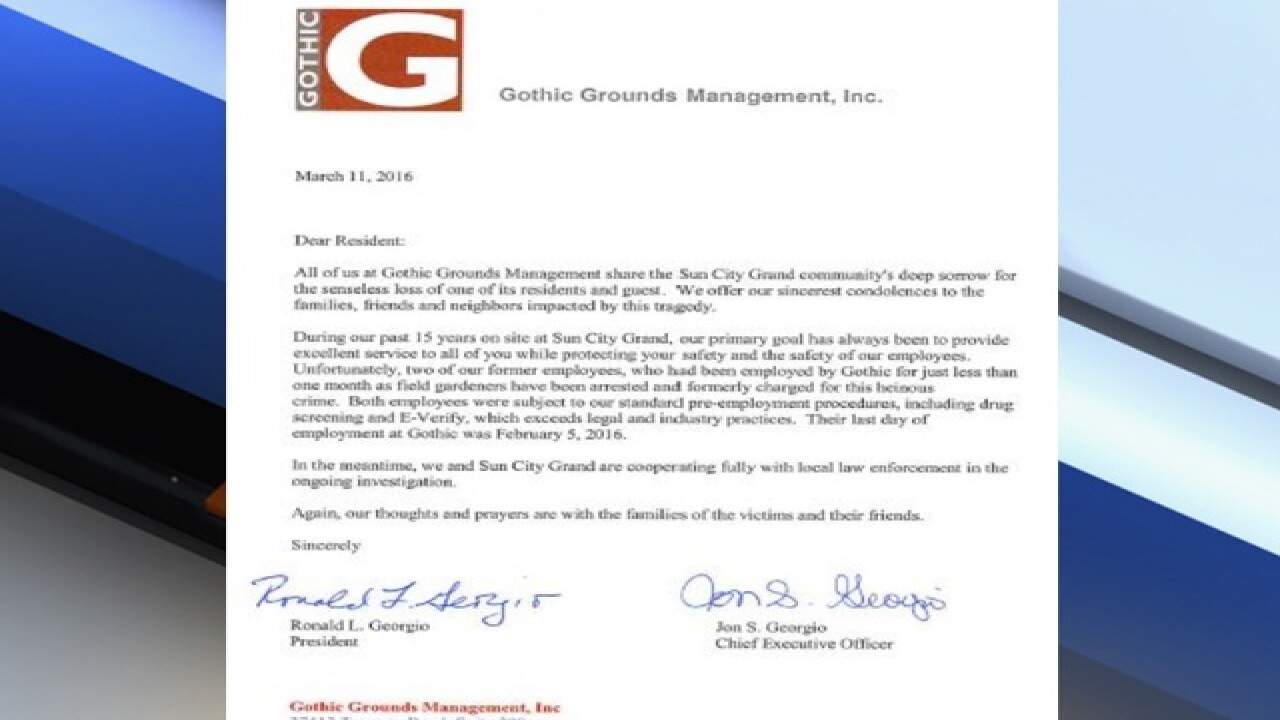 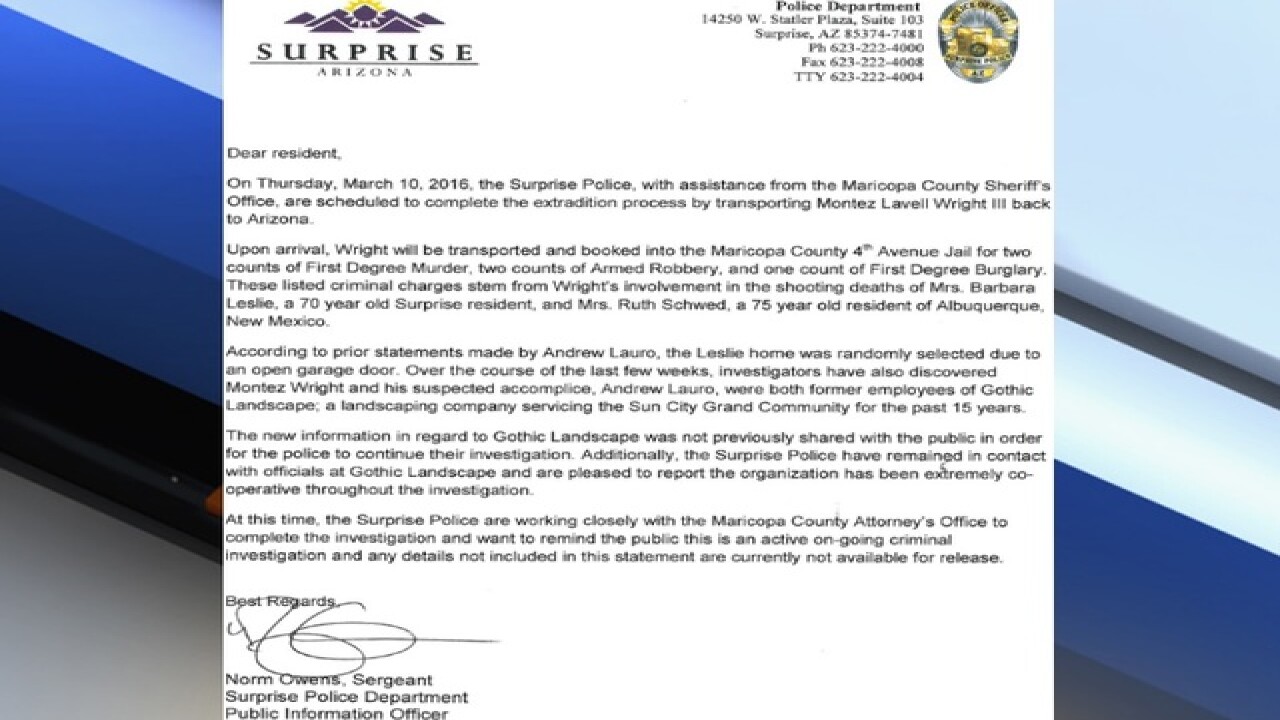 Two men accused of killing two women in a Sun City Grand home in February were gardeners with the company that serviced the area, according to a letter from their employer.

Gothic Grounds Management, which has been doing business in the subdivision for 15 years, sent a letter to residents on Friday regarding the arrest of Andrew Thomas Lauro of Goodyear and Montez Lavell Wright III from Michigan.

Gothic says Lauro and Wright were employed as field gardeners for just under a month. Their last day of employment was Feb. 5, according to the letter. Police said Ruth Schwed and Barbara Leslie were found dead on Feb. 9 after a welfare check request from an out-of-state family member.

"Our primary goal has always been to provide excellent service to all of you while protecting your safety and the safety of our employees," the note to Sun City Grand residents reads. Gothic says both employees were subject to standard pre-employment procedures, drug screenings and E-Verify, "which exceeds legal and industry practices."

Read a copy of the full letter pictured above.

Both suspects are now in custody of Maricopa County Sheriff's Office.