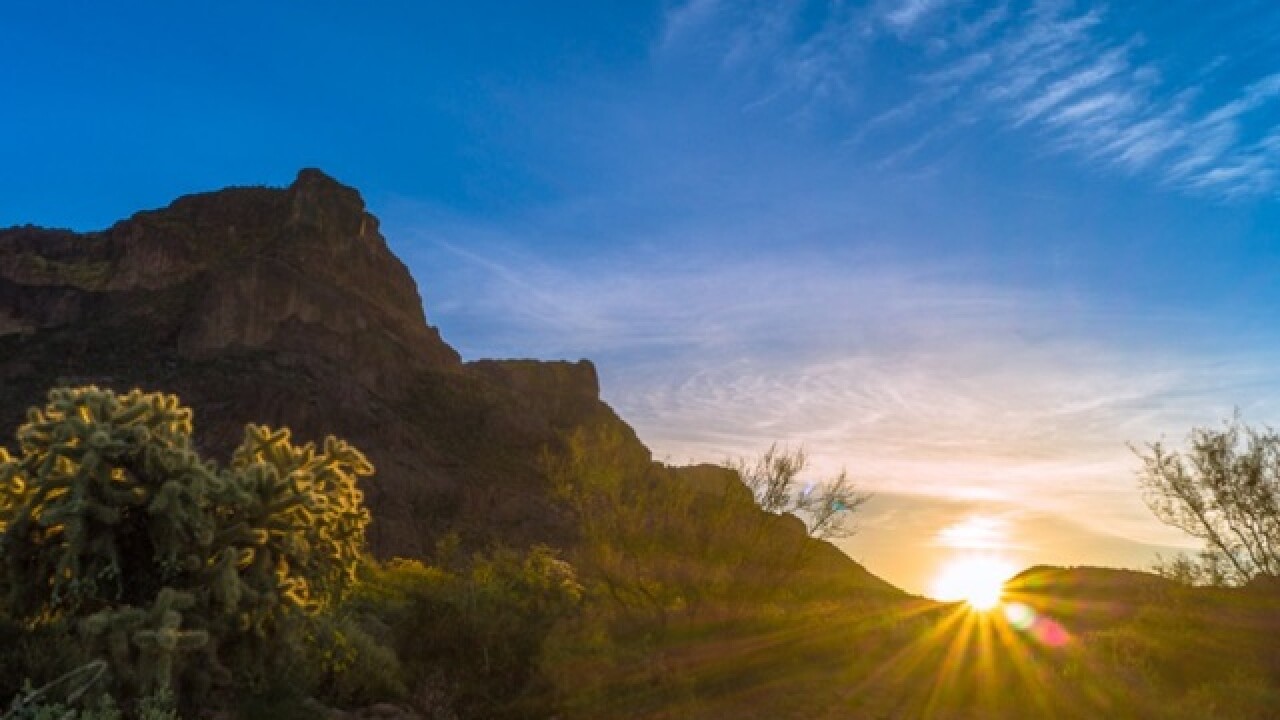 A temperature sign in Sun City read 109 degrees Friday, but forecasters are predicting even hotter weather in the coming days.

Inside Noree Decker's home, even 79 degrees seems a little warm.

"I would notice when I went over to the sink, you can feel the heat radiating from the window," said Decker, a Sun City resident.

Decker says blinds and windows screens were options, but in the end, they weren't the solution for her.

"I kind of wanted the window to always be visible to look out, because I enjoy seeing the hummingbirds and the other wildlife," added Decker.

Decker hired Scott Boettcher, who is the owner of Veteran Tinting and Blinds. Boettcher has been tinting windows and shutting out the sun for nearly 30 years. He's also a Marine Corps. veteran.

"What it does is it stops a certain percentage of the heat at the glass, so your airflow will get over there easier and you're not having to work so hard. "

Boettcher says window tint comes in a variety of options and quality based on a property owner's goals.

He recommends tinting windows on the east and west side to reduce the direct sunlight and heat.

"It could be very beneficial, window films can reduce up to 80 percent of the heat gain coming through your glass," said Boettcher.

Scott says home window tint can be found at local home improvement stores and can be done as a "do it yourself" project.

His window tinting installation services begin at $125.00 and up from there. He says an average sized family home runs between $1,000 to $2,000 dollars.