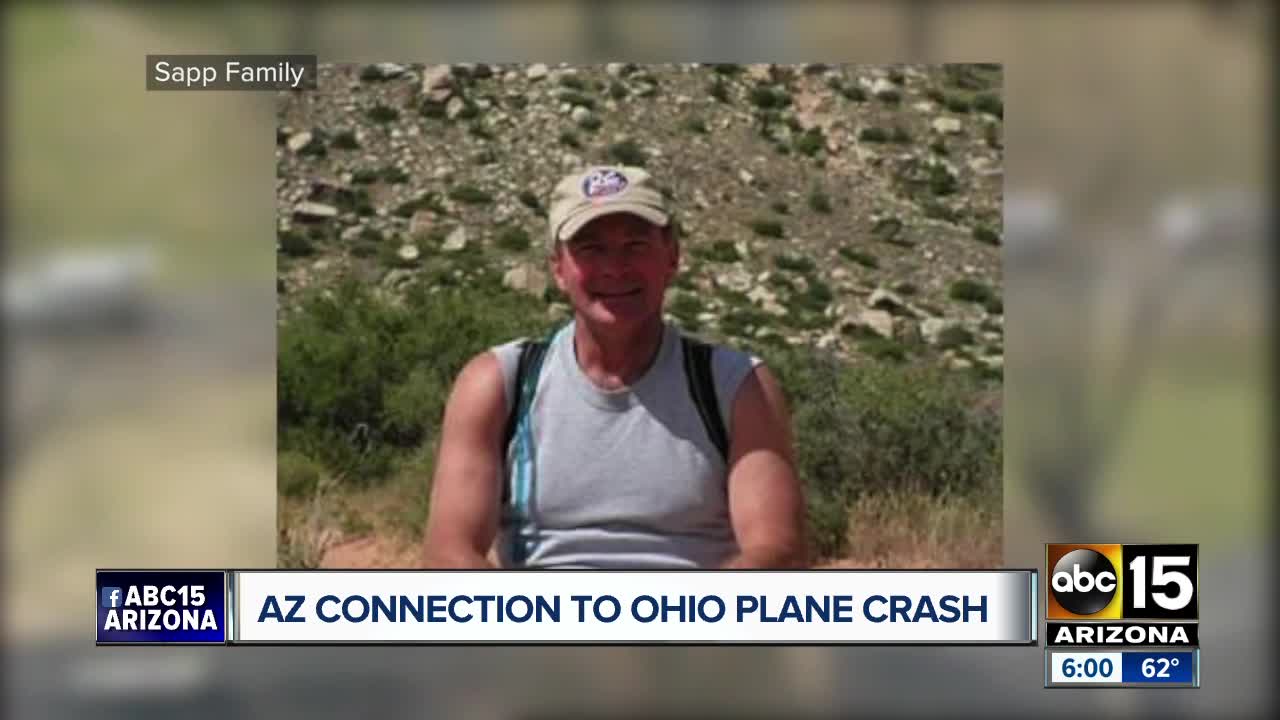 David Sapp lived in Sun City for a year before deciding to buy the house he was renting. He died in a plane crash earlier this week.

CINCINNATI — Ohio's State Highway Patrol has identified the pilot killed when a small plane crashed into a suburban Cincinnati house.

The patrol on Wednesday said the pilot of the twin-engine Piper PA-31 Navajo that crashed in the city of Madeira shortly before 3:30 p.m. Tuesday was 62-year-old David Sapp, of Sun City, Arizona.

Emergency responders said no one was in the home when the crash occurred. First responders got two dogs out of the house safely.

Sapp's next-door neighbor in Sun City told ABC15 Sapp was in the process of buying the home after renting for more than a year.

"I normally don't like neighbors at all," said neighbor Mark Muller. "But this guy, this guy you love."

The patrol says the plane was taking aerial photos and gathering geographic mapping information before it went down.

Patrol officials say the plane was registered to Marc Inc., based in Bolton, Mississippi. A message seeking comment was left for the company's attorney.

"It just ripped my heart out," Muller said of hearing about the crash.

One of the final conversations between the two, Muller said, included him mentioning his hunting trips in low-flying helicopters to Sapp.

"I'm like would this concern you at all?" Muller said. "He said, 'let me tell you something..when the good Lord pulls your ticket your time's up...we don't have any control over that. At least you're doing something you love.' I think he was doing something he loved. He loved flying."

The National Transportation Safety Board will investigate to determine what caused the crash.