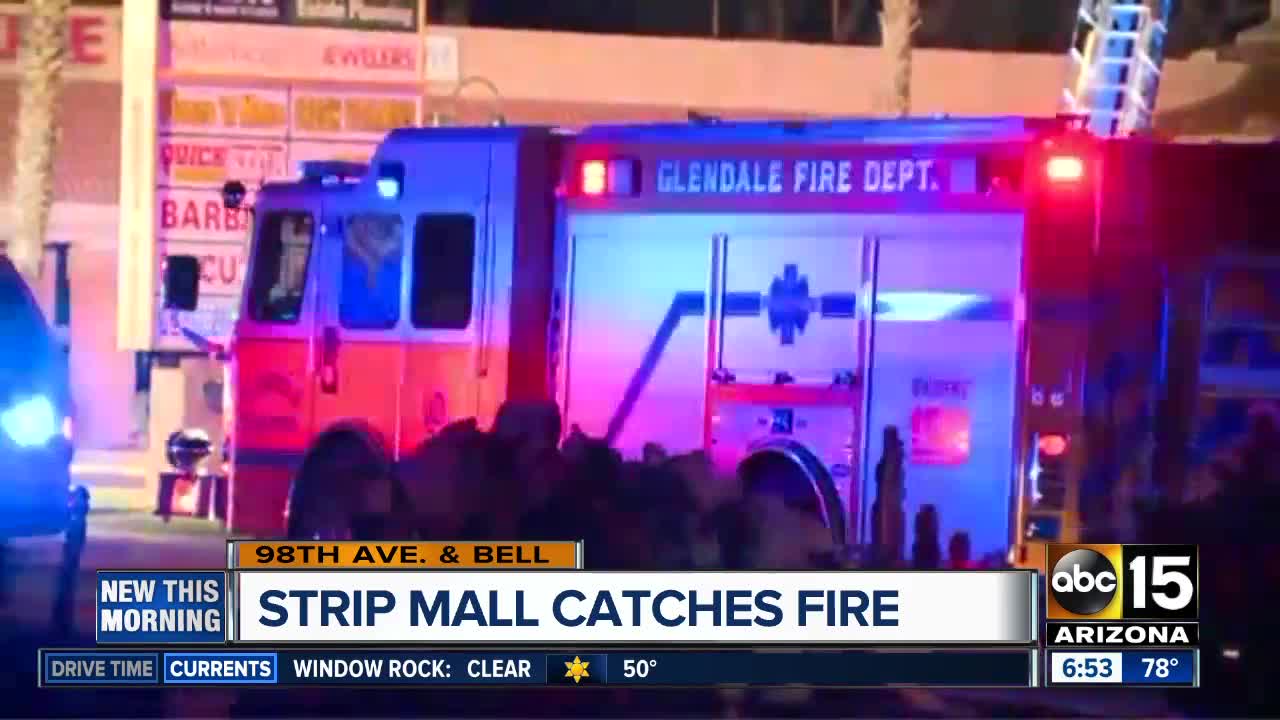 MCSO says they, along with fire personnel, responded to the fire around 4 a.m. and were able to extinguish the it relatively quickly.

MCSO believes the fire started outside of the strip mall and continued onto the property.

While the cause and origin of the fire are currently unknown, MCSO says Arson detectives will be investigating the case.