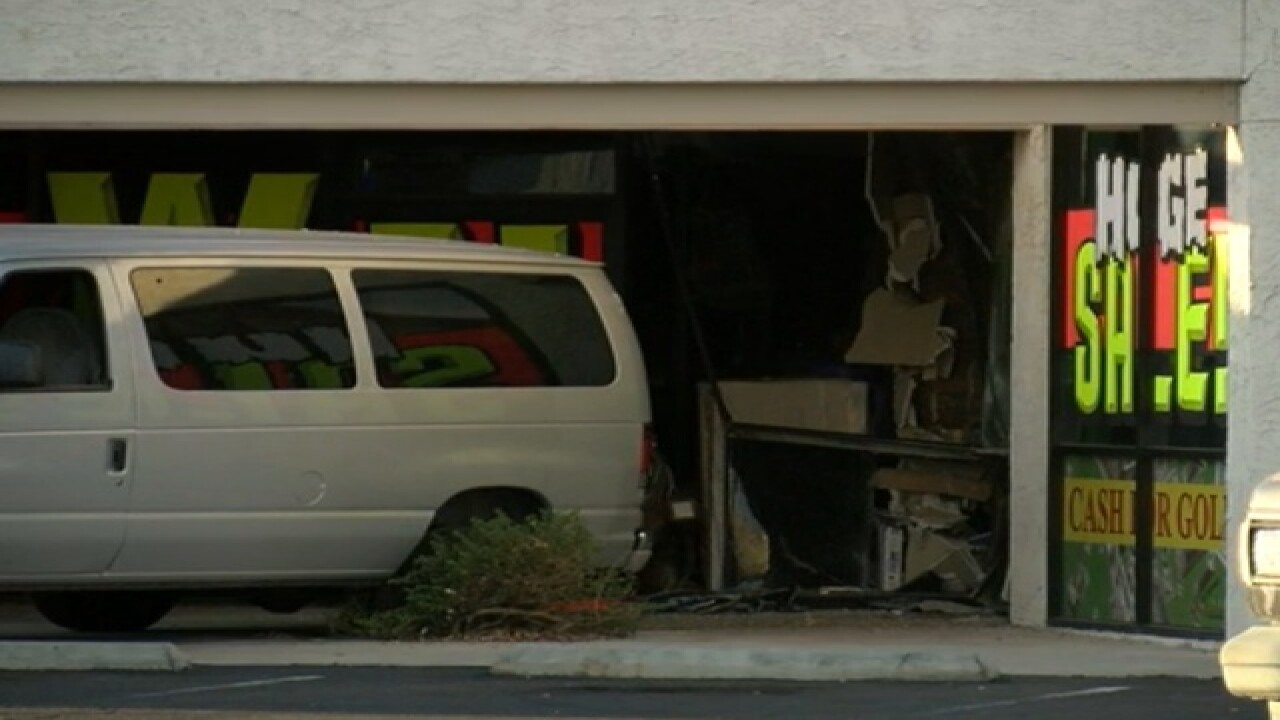 The Maricopa County Sheriff's Office is investigating a burglary at a Sun City pawn shop.

SWAT and MCSO units were on scene near 99th Avenue and Bell Road around 6 a.m. Tuesday. Armed officers had surrounded the business with guns drawn. Officials weren't sure if the suspects were still in the store.

The Sun City Pawn shop burglar Erickberto Hernandez from this morning, is in custody after he tried to out run Yass, an MCSO K9 pic.twitter.com/ESU7EAMxfi

Video from the scene showed a van backed up to the entrance of the store at the strip mall where the glass had been smashed.

Erickberto Hernandez was arrested in connection to the burglary.

Additional details have yet to be released. Stay with ABC15 for updates.