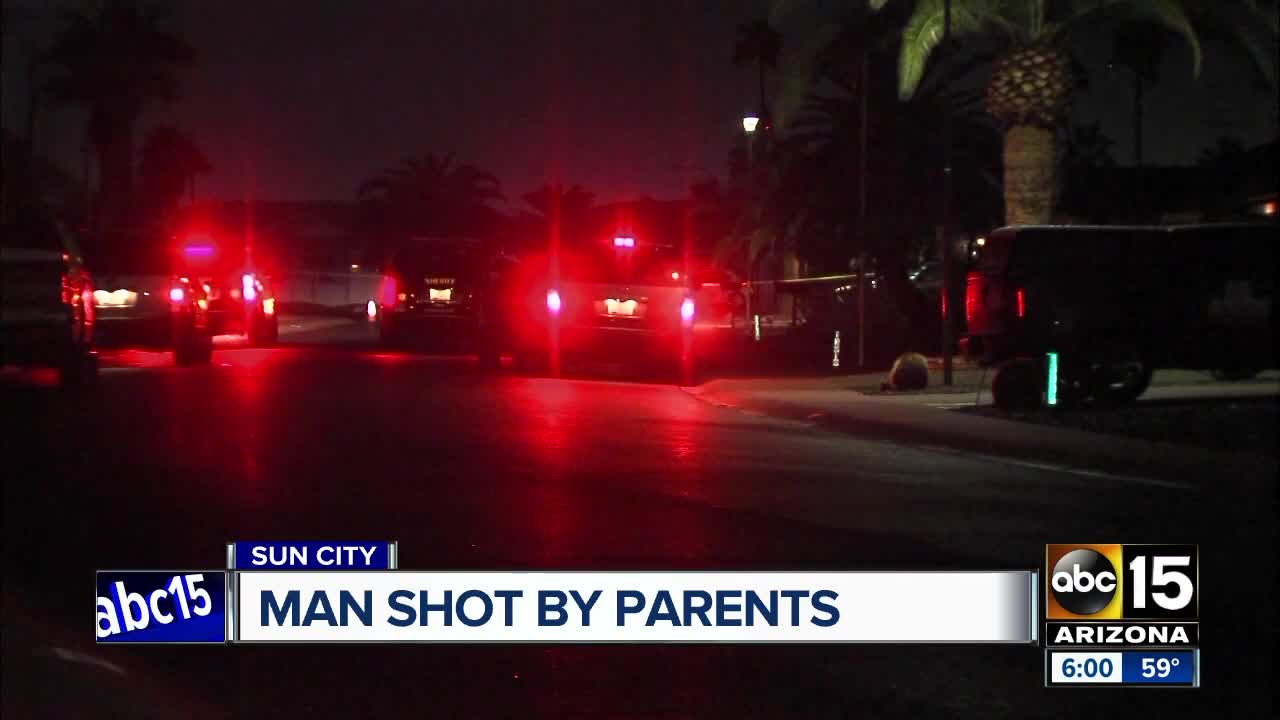 Sun City man shot and killed after alleged argument with his parents.

SUN CITY WEST, AZ — A man is dead after a confrontation with his parents at their home in Sun City West.

According to Maricopa County Sheriff officials, deputies were called to a home on Butterfield Drive, near Bell and El Mirage roads, before midnight on Thursday.

A man identified as 36-year-old Jared Baumann reportedly got into a domestic dispute with his parents, the homeowners, and at one point "aggressively confronted them," detectives say.

As a result, one of Baumann's parents shot Jared, and he died at the scene.

MCSO says there are no outstanding suspects in the case and that the investigation is in the preliminary stages.

Stay with ABC15 for more information on this developing story.