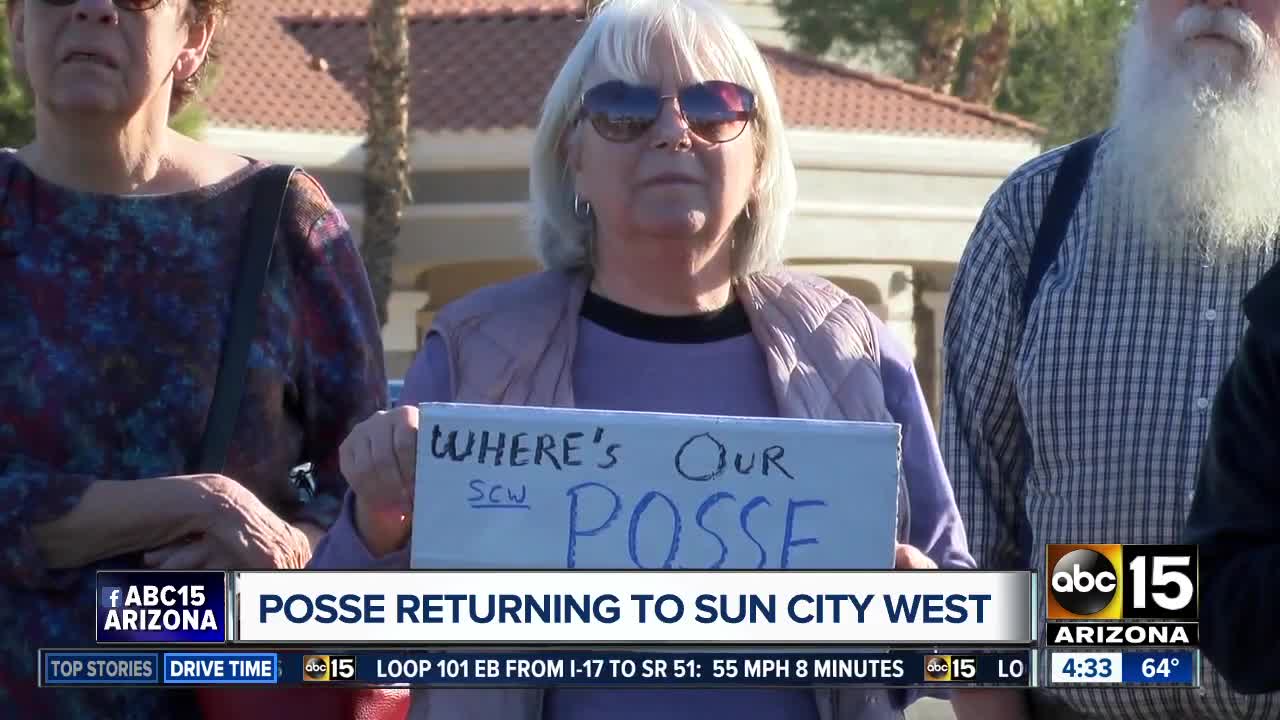 Dozens of posse members are readying to get back on the streets in the west Valley. 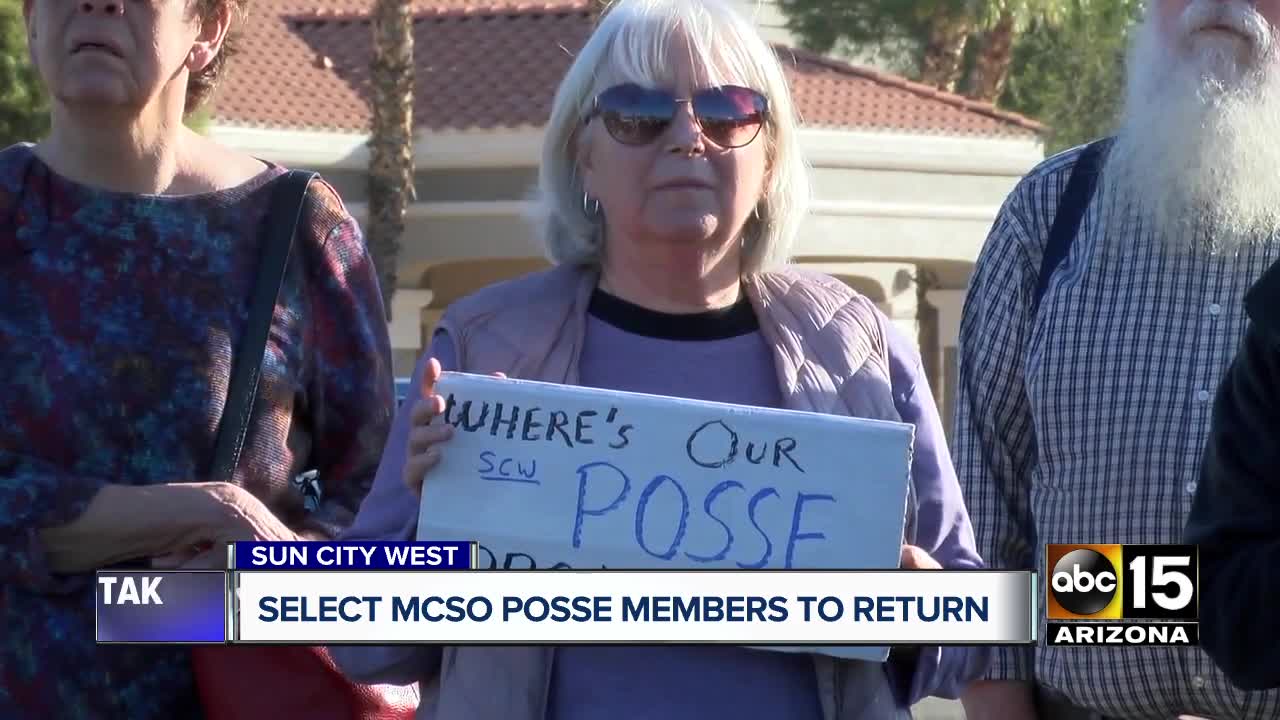 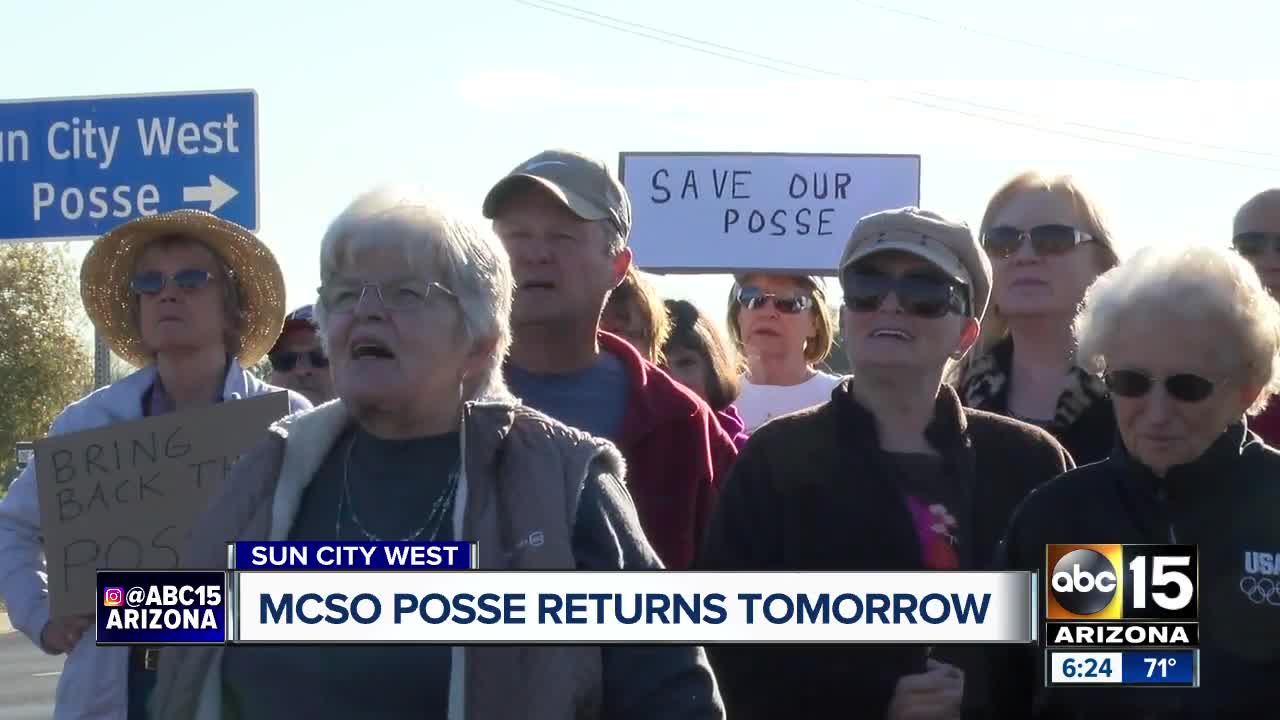 SUN CITY WEST, AZ — After nearly two months, the Sun City West posse of the Maricopa County Sheriff's Office will be back on the streets Friday.

More than 230 members of various posses were suspended in January after a review found they had not met the requirements to be allowed to carry a firearm while on duty.

The Sun City West posse's return is a week ahead of the timeline the sheriff's office announced on March 1. Then, Sheriff Paul Penzone said 62 posse members had completed their paperwork and anticipated they would be fully reinstated by March 15.

The review also uncovered some posse members had histories which should have prevented their involvement, such as arrests or convictions for domestic violence, drug or sex offenses, or other criminal activity. The sheriff has previously said those members were removed from the group.

Officials conducted background interview of the Sun City West posse members in the northwest Valley for their convenience, the sheriff said.

Posse members involved in search and rescue had their interviews last weekend and others qualified to carry firearms will have theirs this weekend.

The various posses support a wide range of the sheriff's office's non-emergency activities, including welfare checks, traffic control, and crime scene security. Those designated as qualified armed posse (QAP) members are allowed to carry firearms while performing their duties.

While the Sun City West posse was out of commission, Penzone said deputies increased their patrols in the area.