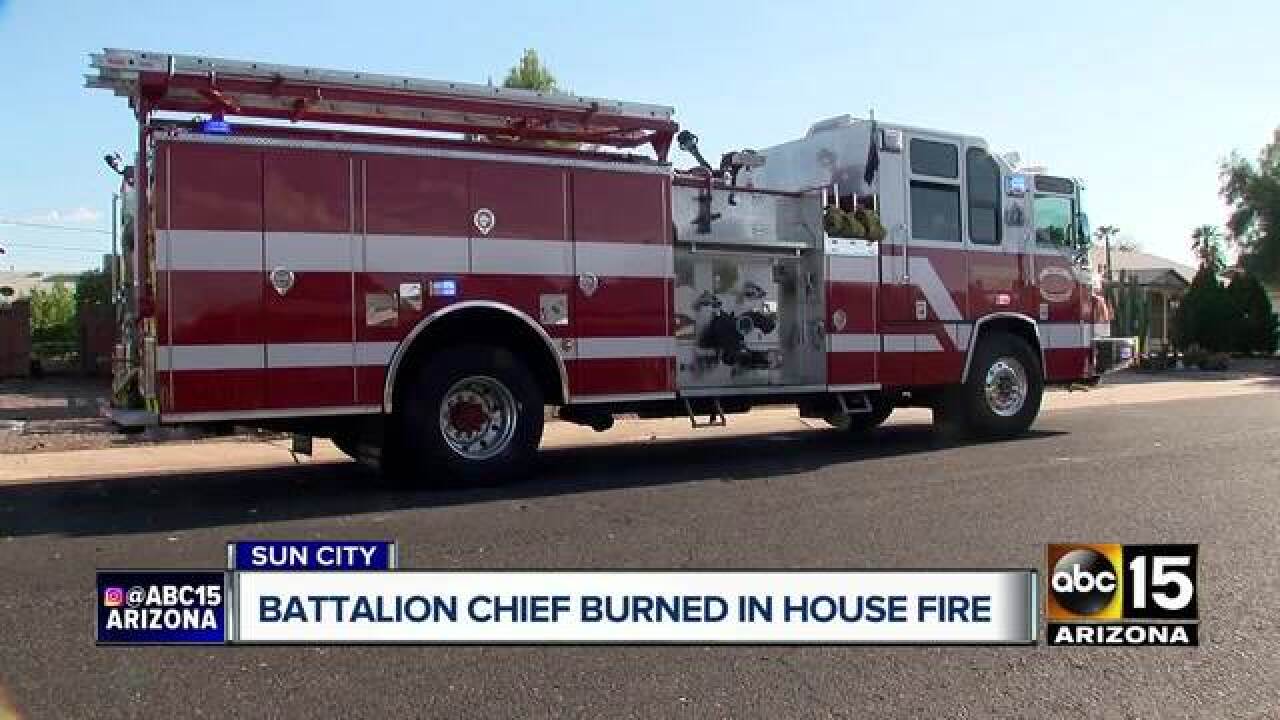 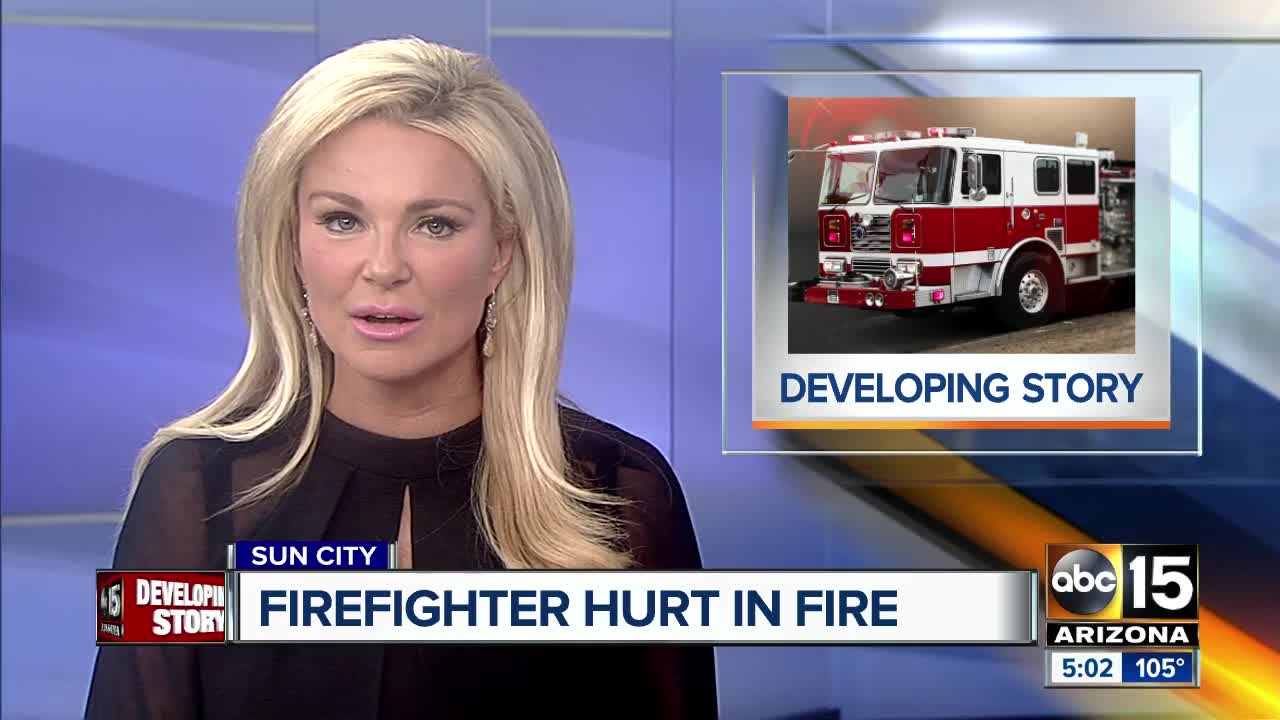 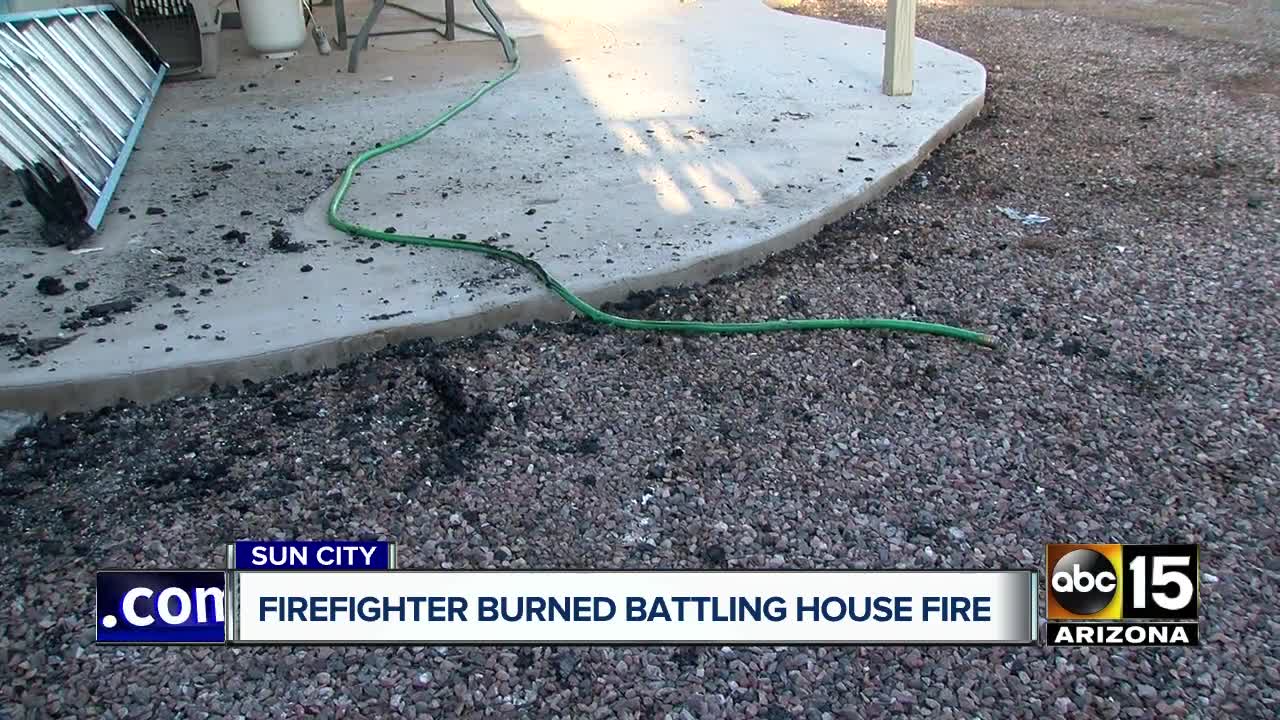 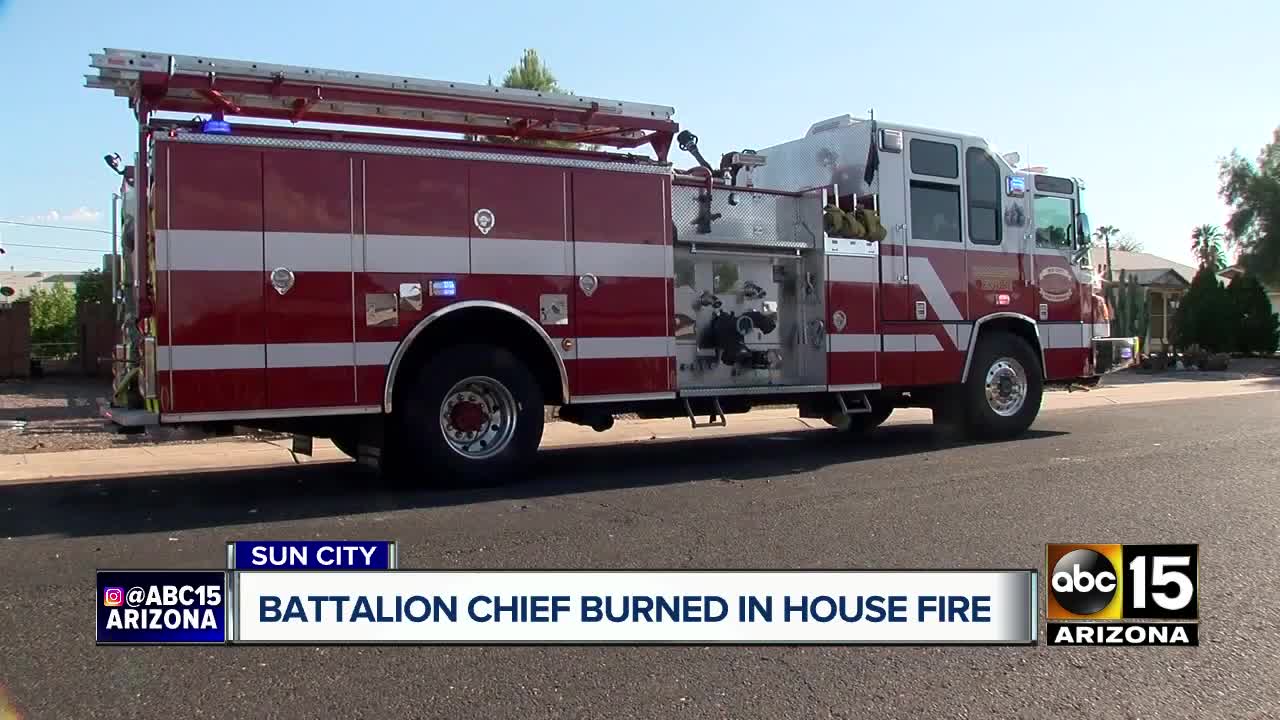 A Sun City firefighter is recovering after suffering burns while battling a house fire Friday afternoon.

Batallion Chief John Ramsey was rushed to the hospital after hot water and embers got inside his gear. Fellow firefighters called it an unusual situation, that was caused by an unusual fire.

It all happened because a homeowner was doing some weeding.

"He was burning weeds with a propane torch," said Jim Fox, Chief Fire Marshal with Sun City. "His statement to me was that he had caught the corner of his house, it was a wood structure, with a little bit of flame."

The homeowner grabbed his hose and put out the fire, except it was still smoldering.

"He went inside, sat down in the living room, was watching TV. Someone came banging on his house and said, hey your house is on fire," Fox said.

The Sun City Fire Department, which is just a mile away, arrived quickly and got the fire contained, but the fire was already in the attic.

"When we were pulling the ceilings down, some of the drywall came down, hit the Chief's helmet. Knocked it backward. Some of the hot water and embers went down his turnouts," Fox said.

Ramsey, who has been a firefighter for 30 years, was rushed to the Maricopa County burn unit in his department's own ambulance with relatively minor injuries. He has since been treated and released from the hospital, and is in good spirits, officials say.

"Something like that — it did really shock me — I was very concerned," Ramsey told ABC15.

"For a fire to knock the helmet backward enough for stuff to get in there, that’s kind of odd, it doesn’t happen very often," Fox said.

“To me, it felt like my head was actually on fire," Ramsey said.

It is a sobering reminder for the firefighters.

"When you go into a burning building, you are taking a risk," Fox said.

Hopefully, it is a lesson learned for people looking to kill pesky weeds.

"Don’t use torches to burn your weeds...pull them out," Fox said.