Woman arrested for aggravated DUI with four children in car 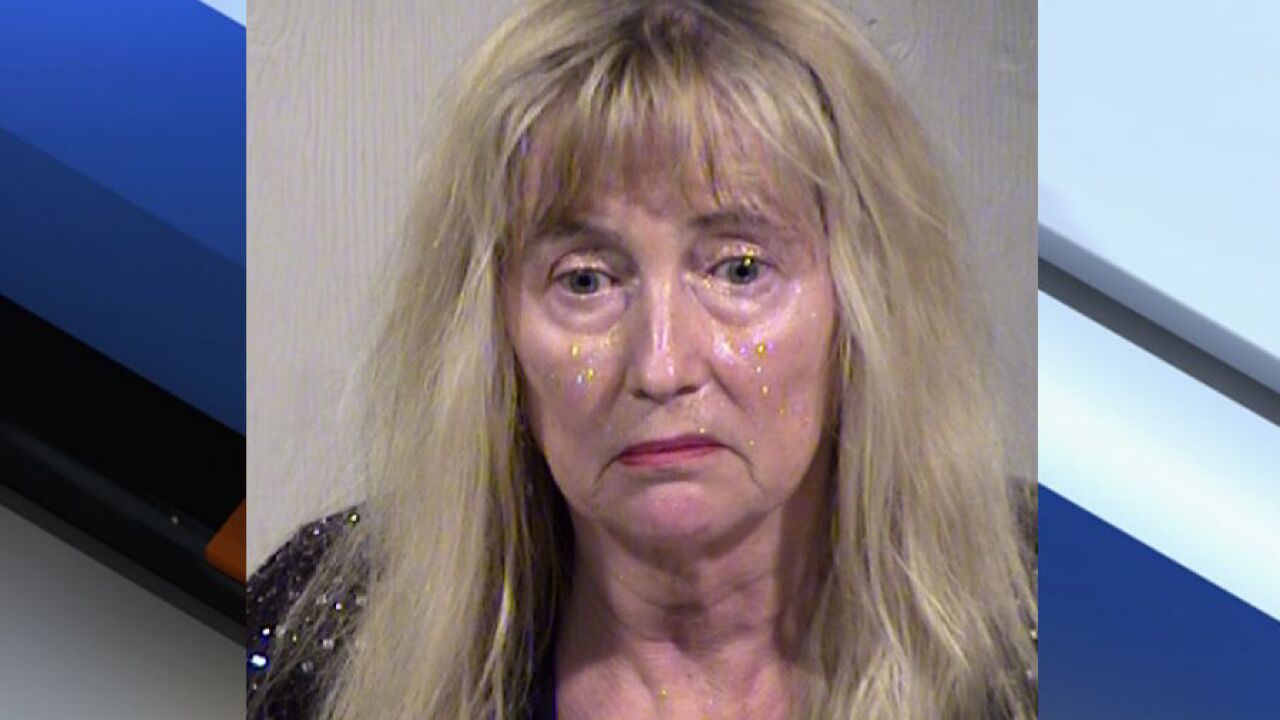 PEORIA, AZ — A woman has been arrested for aggravated DUI after allegedly being seen driving the wrong-way with four children in her vehicle.

The incident happened on Saturday around 2 p.m. near Vistancia Boulevard and El Mirage Road in Peoria.

A witness called police after allegedly seeing 61-year-old Joni Laughlin driving the wrong way on Vistancia Boulevard. That witness followed the vehicle to a nearby Safeway parking lot, where the driver was allegedly swerving and going extremely slow.

The witness says he got out of his car to urge Laughlin to turn the car off, and heard the children screaming in the car.

Eventually, Laughlin stopped but was unable to turn the car off on her own, so the witness assisted, according to court paperwork.

Once police arrived, they say Laughlin was asked to take a field sobriety test but was unable to understand the instructions or perform the test.

A family friend was able to pick up the children. The children's father was out of state on business.

Laughlin was arrested and faces four charges of aggravated DUI (one for each child) and one count of driving into oncoming traffic.