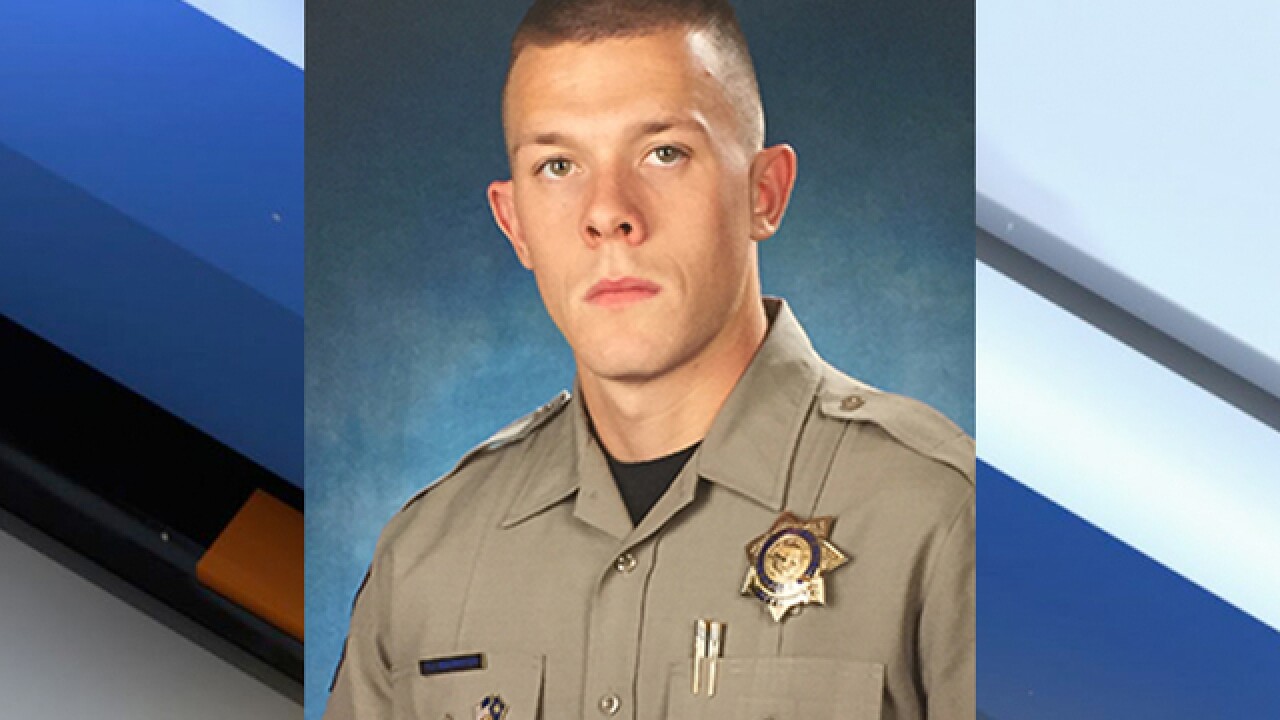 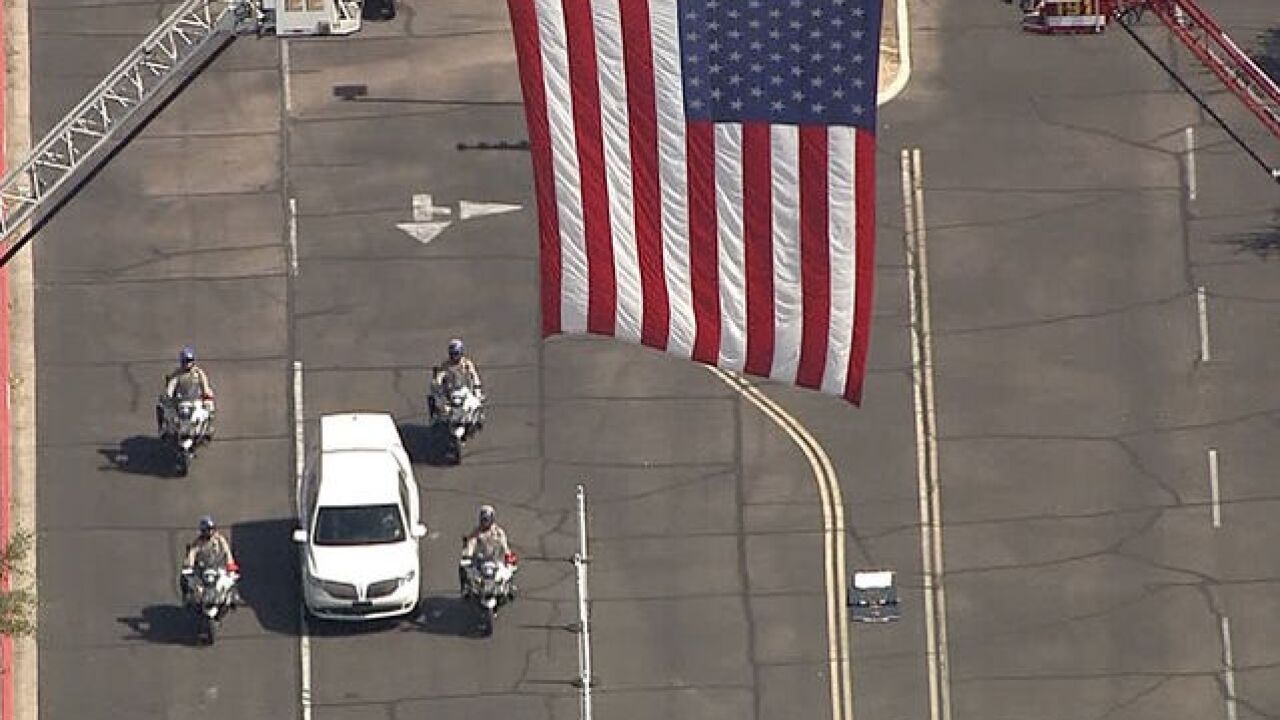 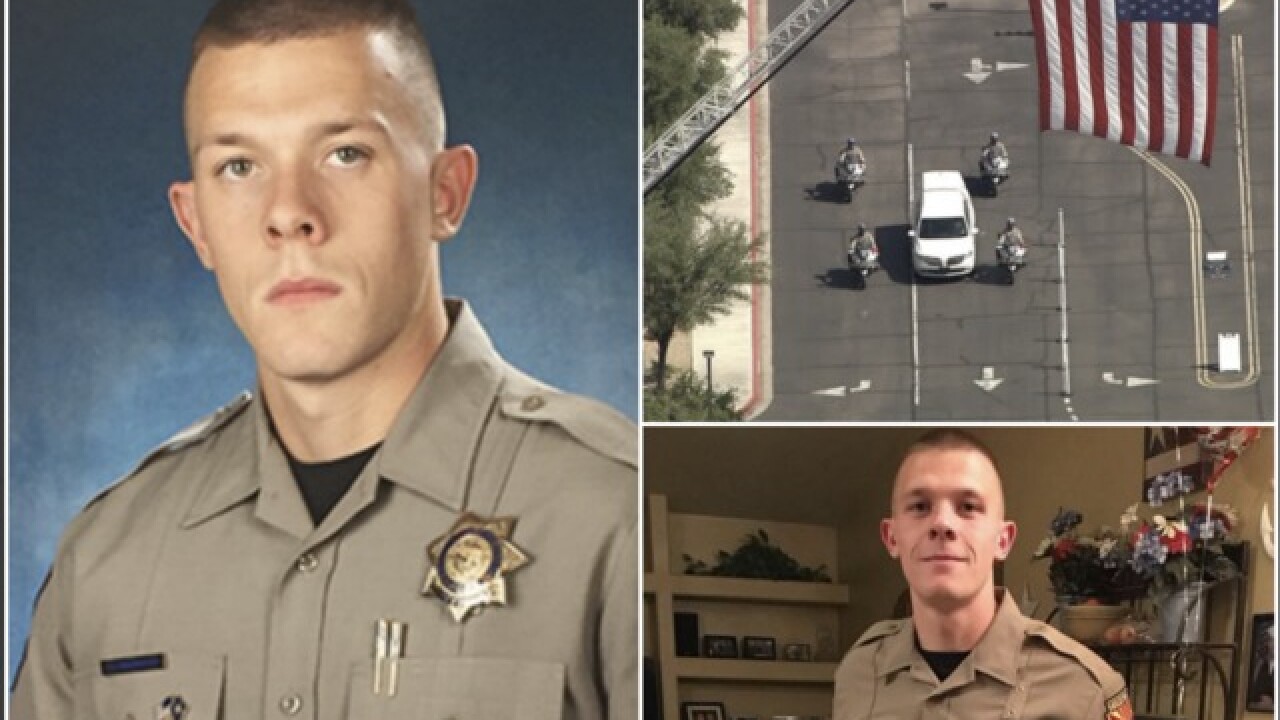 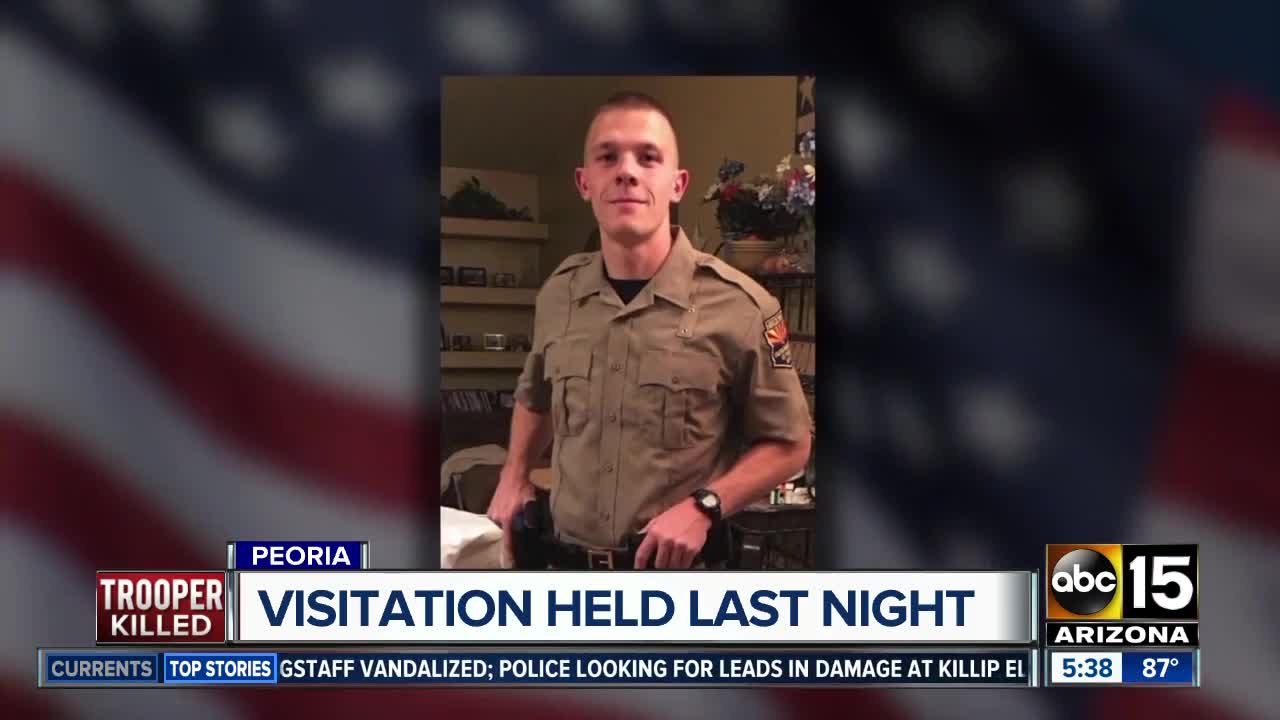 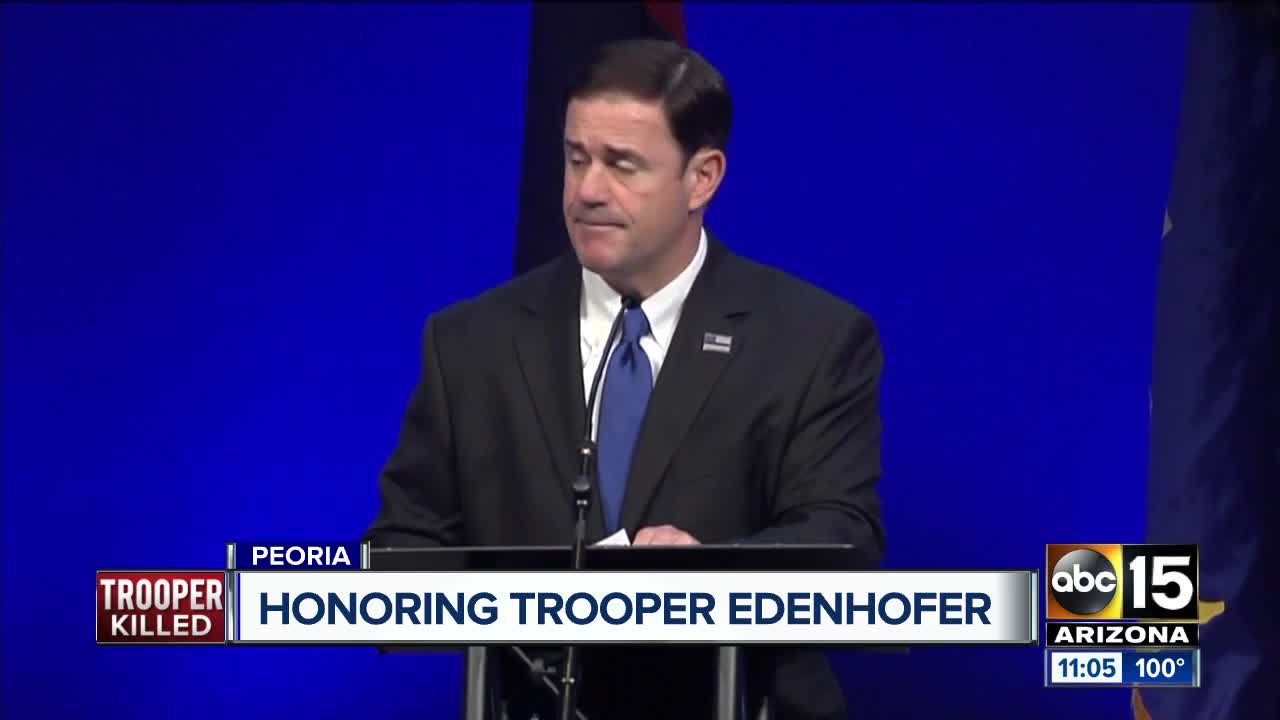 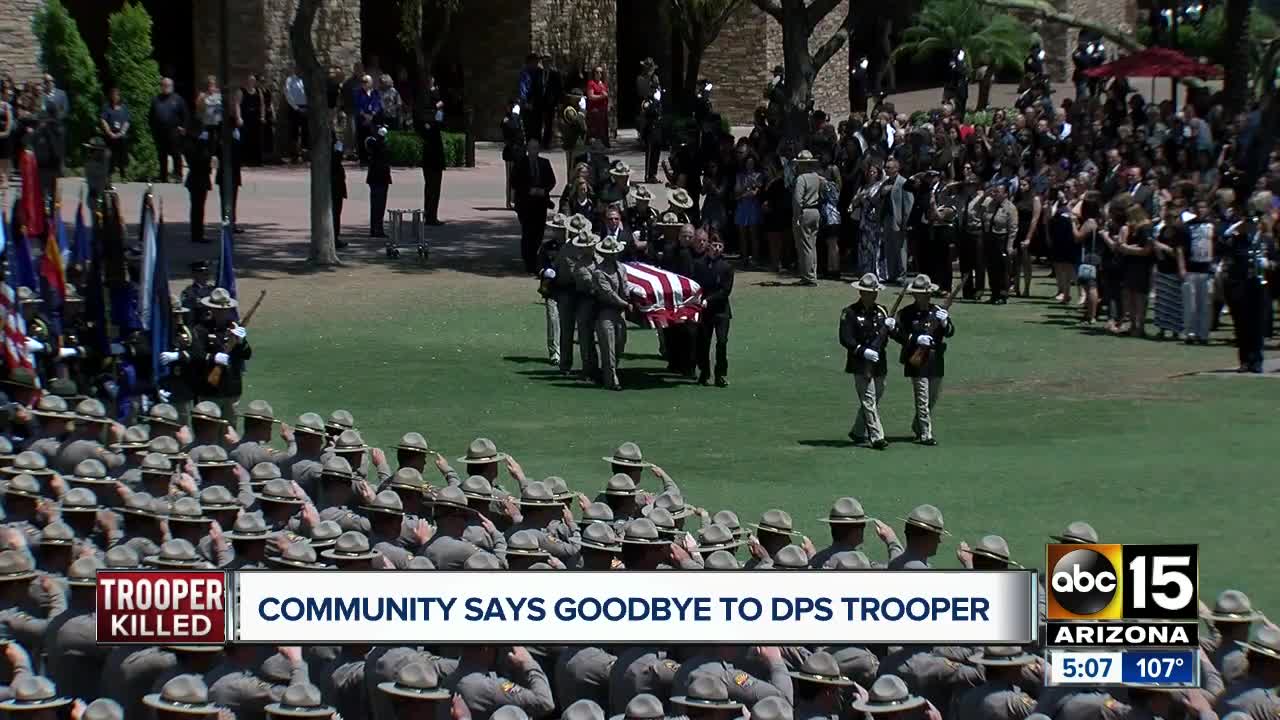 Hundreds of law enforcement officers, friends and relatives remembered a rookie Arizona state trooper Friday, not only mourning him but also the seasoned officer he would never become.

Some at the funeral for 24-year-old Tyler Edenhofer still seemed in disbelief that his life was cut short last week in a roadside struggle with a suspect.

Being a state trooper was his dream job, according to his mother. He had only graduated from the Department of Public Safety Academy in May.

"He was so, so proud to put on that uniform every day," said Debbie Edenhofer, who was accompanied by her son's fiance at a church in the Phoenix suburb of Peoria. "Now I'm broken."

She recalled the first thing that went through her mind when her son died.

"My first thought was `DPS, you guys just got him," Debbie Edenhofer said. "He had so much to do. He was taken away too soon."

Troopers who graduated alongside Edenhofer shared memories of a classmate who was soft-spoken, hardworking and loved to drive his white Ford Mustang.

"I am forever in debt to Tyler for helping me get through the academy. He taught me to get my boots to shine as much as his," said former classmate Samuel Anspach. "I want Tyler to be remembered as someone who wanted to be a trooper for all the right reasons,"

Republican Gov. Doug Ducey called the slain trooper an example of the selfless nature of law enforcement and said he will always "consider it an honor" that he shook Edenhofer's hand at his graduation.

The service culminated with the hundreds of mourners standing outside in sweltering heat as an honor guard saluted Edenhofer's casket. The ceremony also included a 30-second moment of silence and law enforcement helicopters flying overhead.

Edenhofer was one of several officers who responded July 25 to reports of a person throwing objects at cars on Interstate 10 in Avondale near Phoenix. Authorities say a confrontation ensued when officers tried to get Isaac King off the roadway to detain him.

King, 20, is suspected of grabbing another trooper's weapon and firing two rounds. One hit Edenhofer, 24, who died at a hospital. A second trooper was shot in the shoulder and wounded, but has since left the hospital.

Department of Public Safety director Col. Frank Milstead said Edenhofer had graduated from the agency's academy in May and was engaged to be married. He was in his last week of field training when he was killed.

King, who has no criminal record and a history of mental illness, was also injured.

He was hospitalized with undisclosed injuries and is now in a Phoenix jail, facing multiple charges including first-degree murder. Seth Apfel, who is listed as his attorney, did not respond to a message Friday seeking comment.

The investigation into how the suspect was able to grab the trooper's weapon is ongoing.

Department of Public Safety director Col. Frank Milstead urged younger troopers like Edenhofer to press on in his memory.

"I call upon you to exceed all standards, to never forget Tyler, to work with great tenacity, intensity and a sense of urgency to honor his life," Milstead said.