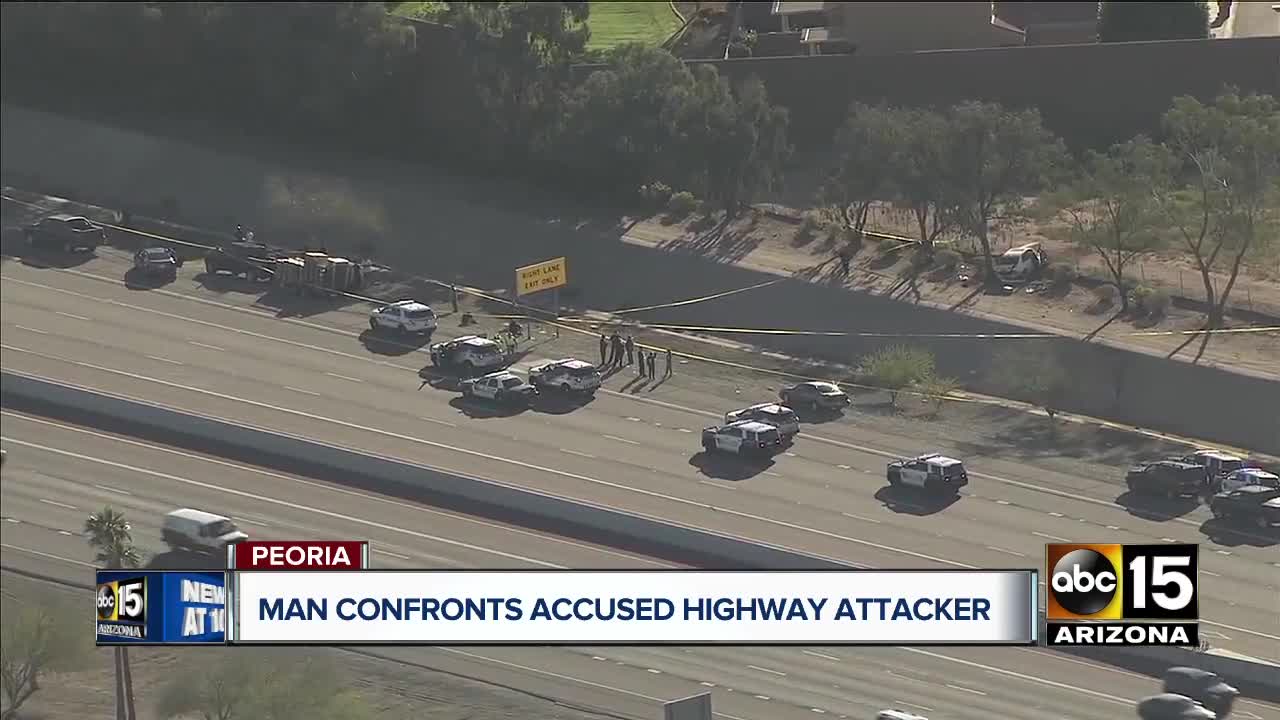 Peoria police and DPS are investigating a stabbing death and a major crash on the Loop 101 at Thunderbird Road in Peoria that left one woman dead on Friday morning. 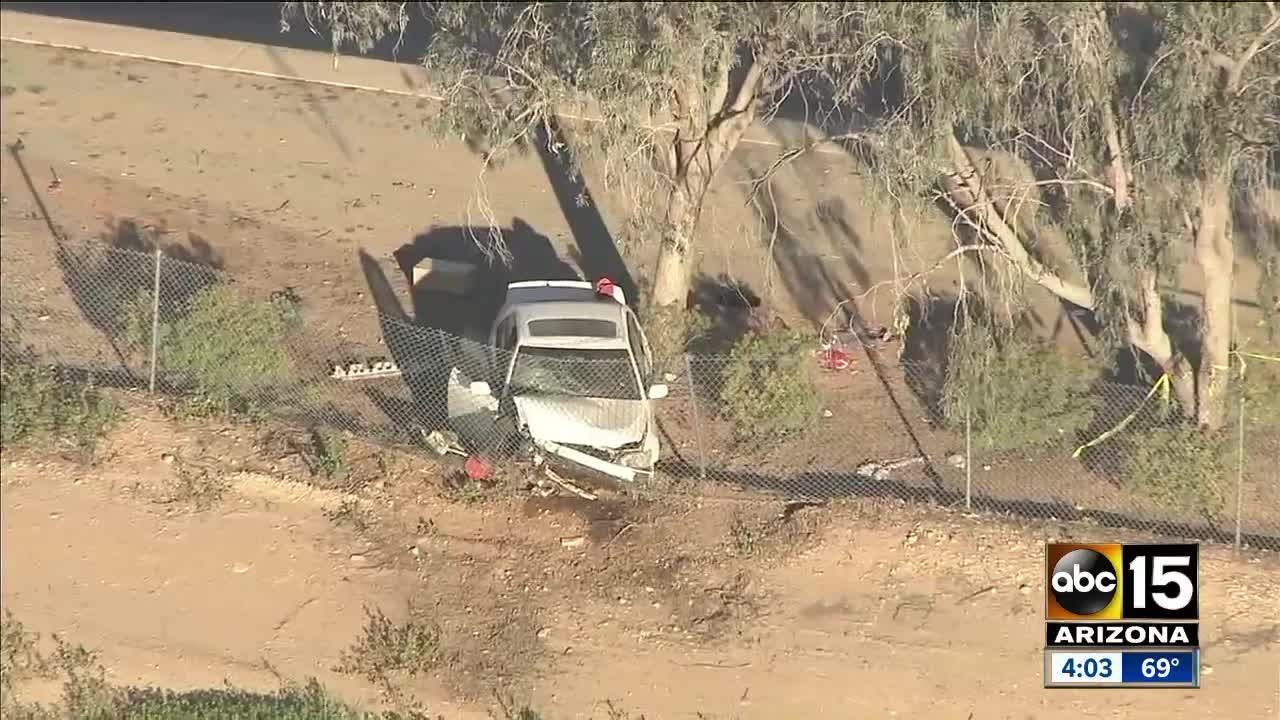 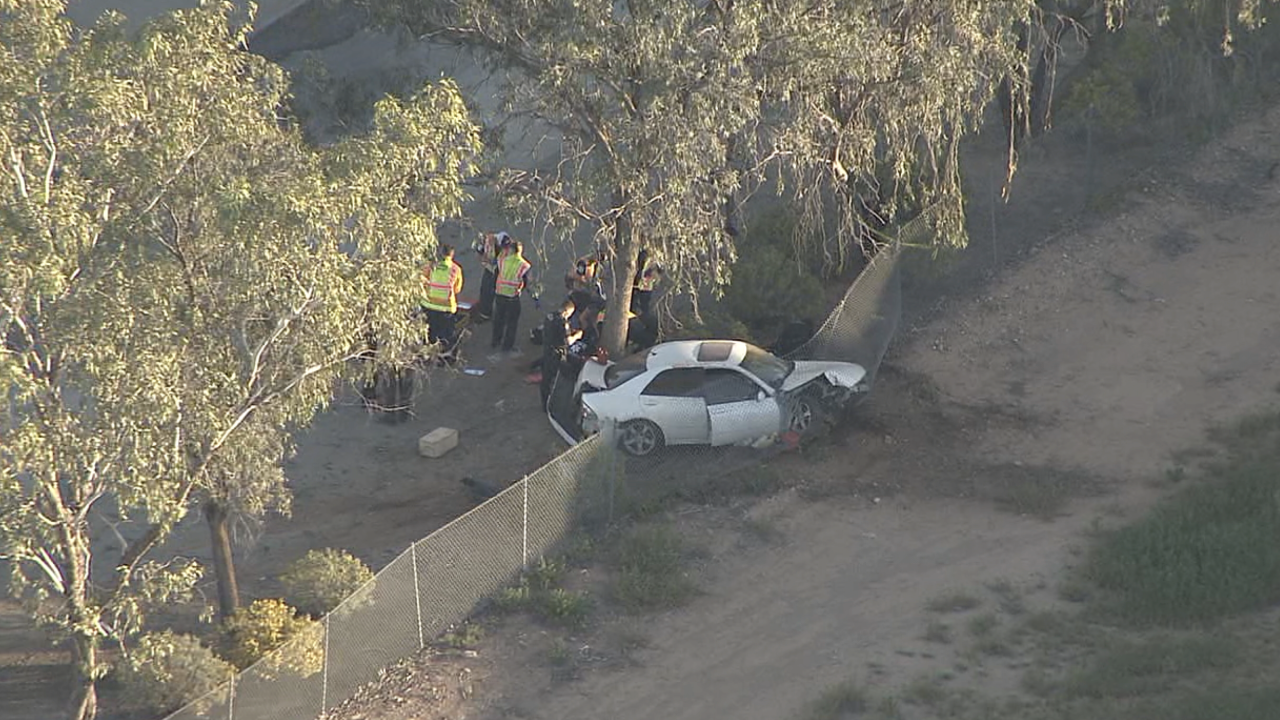 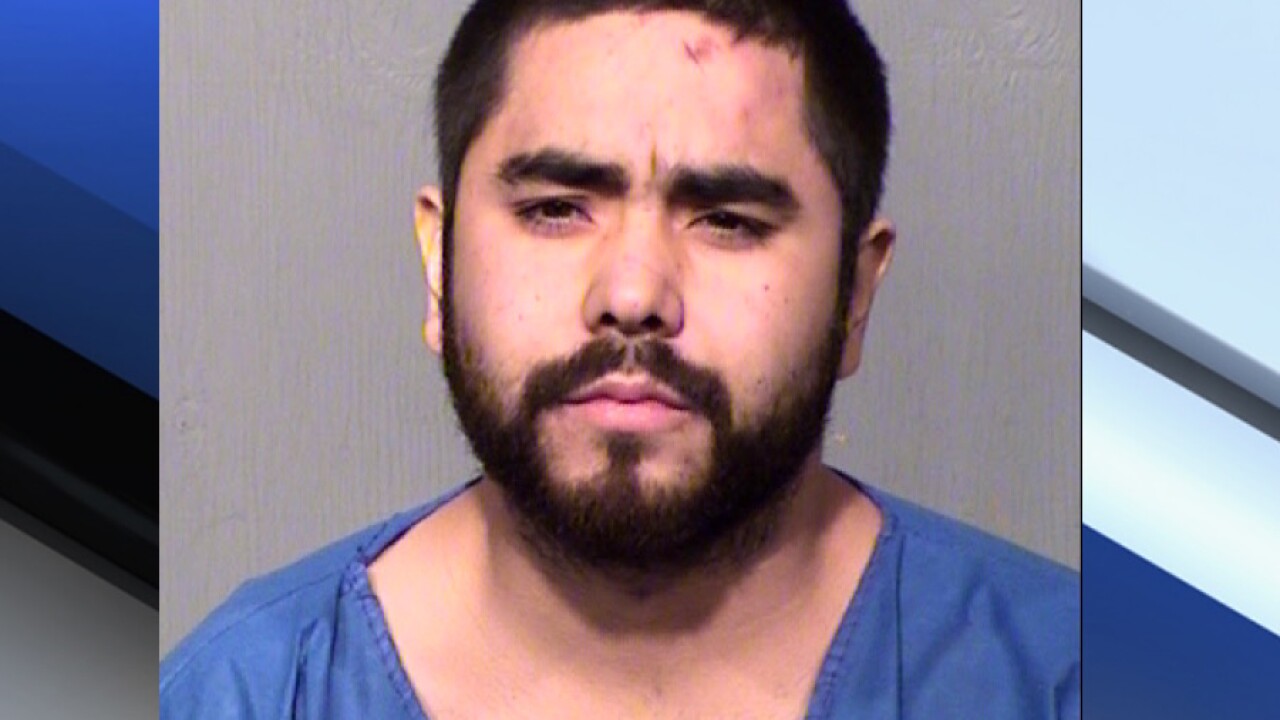 PEORIA — A 25-year-old Arizona man who was driving a San Diego-area woman's car is accused of fatally stabbing her after the vehicle veered off a freeway and crashed Friday morning.

Fernando Acosta of Phoenix got out of the car and accosted a witness with a knife before repeatedly stabbing Martha Thy of Spring Valley, California, along the Loop 101 freeway in Peoria, according to an Arizona Department of Public Safety probable-cause statement released Saturday.

The statement said Thy was stabbed while she was inside the car and on the ground outside it.

Thy died at a hospital. The statement said she was stabbed or cut at least 20 times.

Several bystanders got out of their vehicles and tried to stop Acosta from attacking the woman.

Gustavo Muñoz was one of those bystanders. When he saw the crash, he immediately pulled over and jumped out of his car to help.

“I ran towards the vehicle, and when I got to the other side of the ditch the man comes out with a knife. Hands full of blood. [His] face, body was filled with blood,” said Muñoz.

Muñoz says he yelled for other drivers who stopped to help.

“The guys that were there, they got their gun so we could try to scare him,” Muñoz said. "One man fired shots at the ground to see if he would drop the knife and stop stabbing the lady that was in the vehicle.”

Muñoz told ABC15 that eventually one man ran and tackled the suspect and knocked the knife from his hands. Muñoz and others piled on and held the man down until law enforcement arrived.

"People everywhere, some screaming, yelling going on, so you can only imagine what an officer's feeling when he arrives on scene and all he sees are people running around," Trooper Kameron Lee said.

The statement did not mention a possible motive. ABC15's sister station KGTV in San Diego interviewed the victim's former landlord who said Acosta was Thy's boyfriend.

No additional information was available, the Department of Public Safety said Saturday.

Loop 101 Agua Fria northbound was closed from Peoria to Thunderbird roads for several hours due to the police investigation. The roadway was reopened around 4 p.m.