Police: Driver was allegedly impaired before crashing into Peoria home 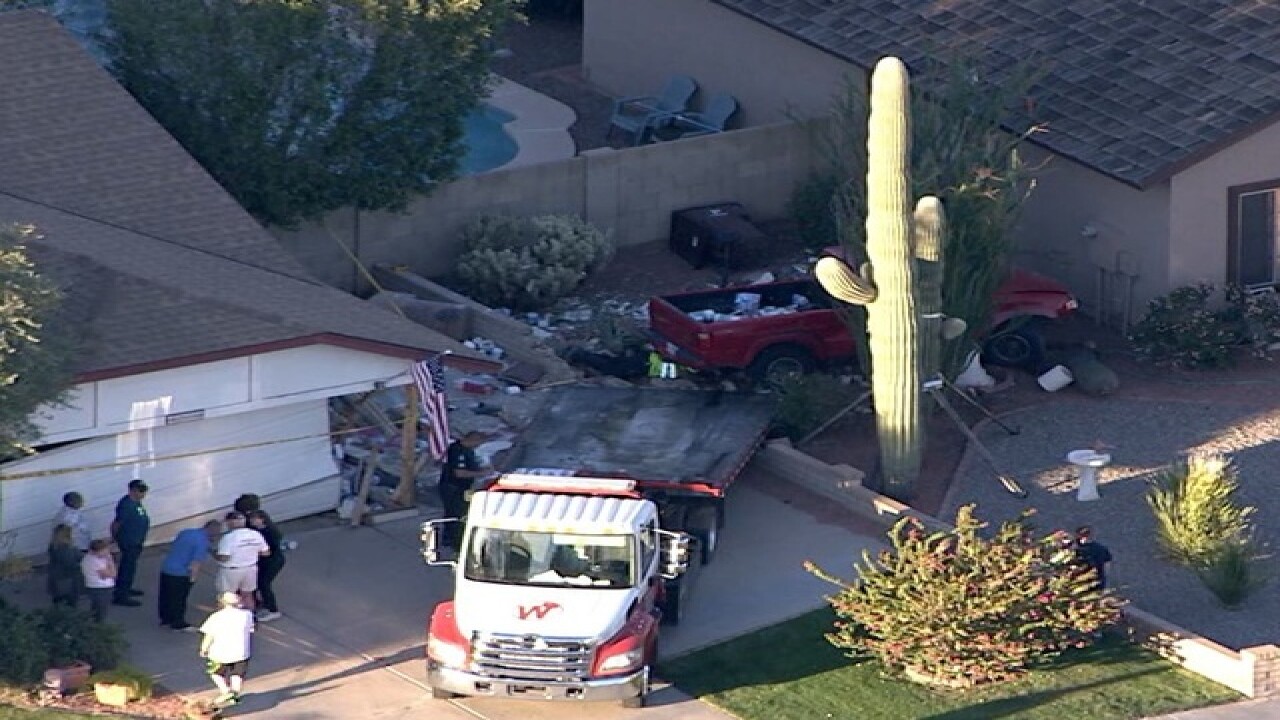 Police are investigating after a truck crashed into a Peoria house.

The incident happened around 5:30 p.m. Thursday at a home near 83rd and Sweetwater avenues.

According to police, no injuries were reported but the driver was believed to have been impaired.

A neighbor tells ABC15 that the vehicle came was driving on Sweetwater Avenue when he or she drove through the home's front yard and slammed into the garage.