Person shot outside Coop's Bar and Grill in Peoria 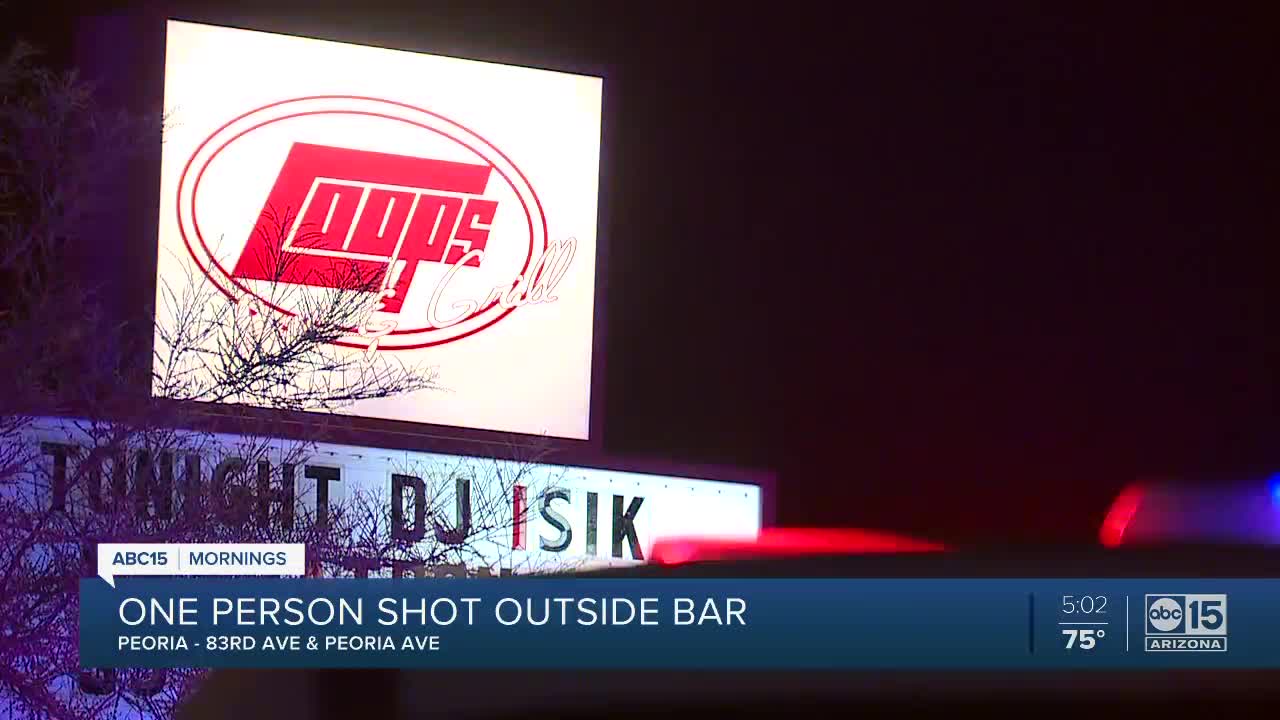 Peoria police are investigating a shooting near 83rd Avenue and Peoria Avenue that happened outside of a bar.

PEORIA, AZ — The Peoria Police Department is investigating a shooting that happened in the parking lot of Coop's Bar and Grill.

Officers were called to the area of 83rd Avenue and Peoria Avenue early Sunday morning for reports of a shooting.

Authorities on scene say one person was shot and taken to a hospital with life threatening injuries.

Police say the alleged shooter took off in a vehicle but crashed and was taken into custody near 91st Avenue and Peoria Avenue.

It's unclear what led up to the shooting or if the victim and suspect were known to each other.

ABC15 has reached out to Peoria PD for more information.