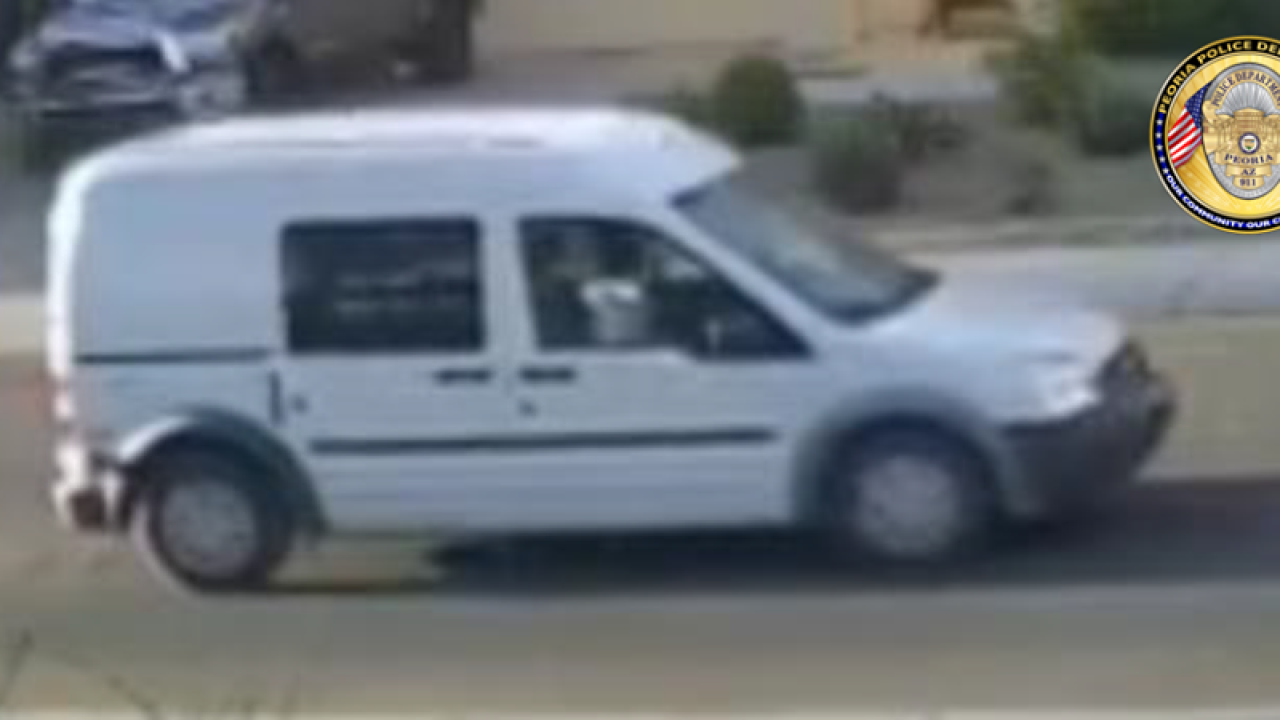 Officers say on July 9, a man driving in the area of Sunrise Point and Lone Mountain Parkway tried to make contact with a young girl who was walking nearby.

After talking with neighbors, police learned two other girls had also seen the man's van in the neighborhood. They said the vehicle slowed down as it passed them, but the man inside did not talk to them.

A neighbor reviewed security camera footage and was able to capture a picture of the man's vehicle - a white, 2009-2013, Ford Transit Connect Van.

Police say the license plate is unknown and there were no markings on the vehicle. The driver was described as a black male, possibly younger in age.

Anyone with information regarding the vehicle, the driver, or any incidents involving this vehicle are asked to contact Detective Skaggs of the Peoria Police Department at 623-773-8104 or Silent Witness at 480-WITNESS.