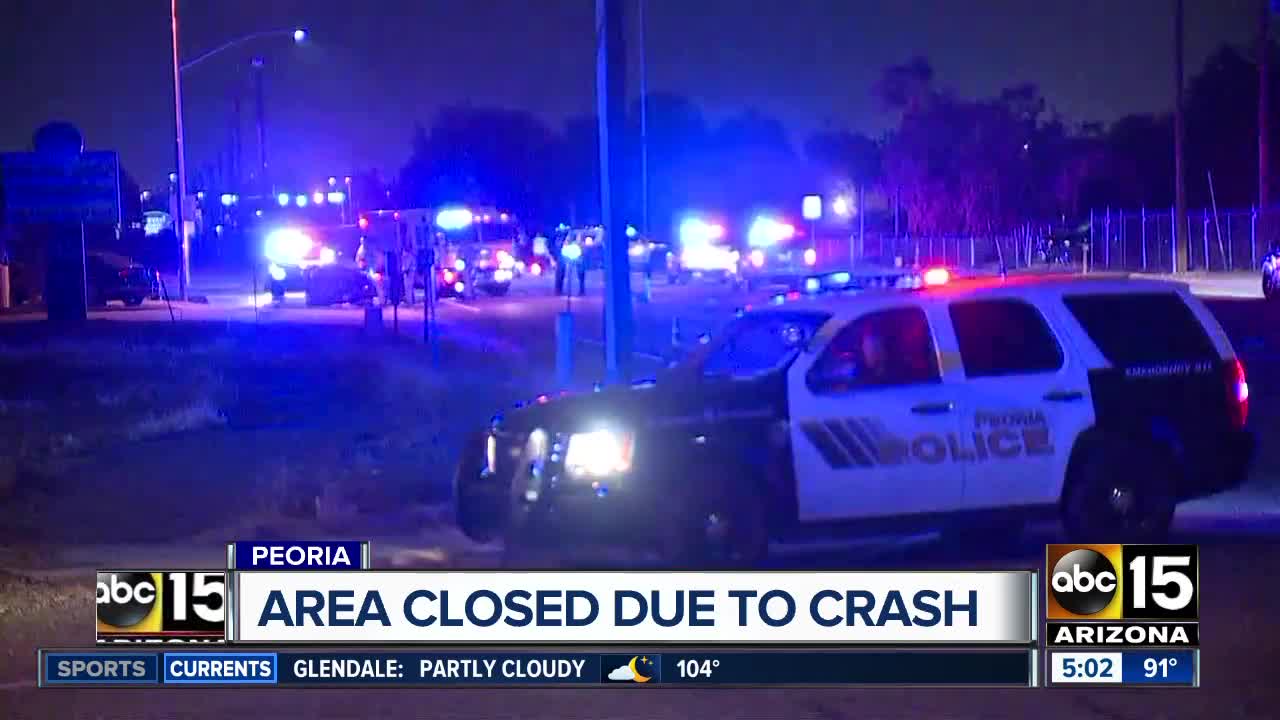 PEORIA — Peoria police are investigating a crash involving two vehicles that occurred around 3 a.m. near 85th and Northern avenues.

Police say the driver of one of the vehicles was allegedly traveling the wrong way on the Northern Avenue off-ramp of the Loop-101; however, they do not believe the vehicle ever made it onto the highway.

The vehicle then was involved in a collision with another vehicle at 85th and Northern avenues. It is unclear if the driver of the vehicle was still traveling in the wrong direction when the crash occurred.

Two patients were transported to the hospital with injuries, but the extent of their injuries are unclear.

According to police, the roadway will remain closed as police conduct an investigation into the cause of the crash. Impairment is suspected, Peoria police say.