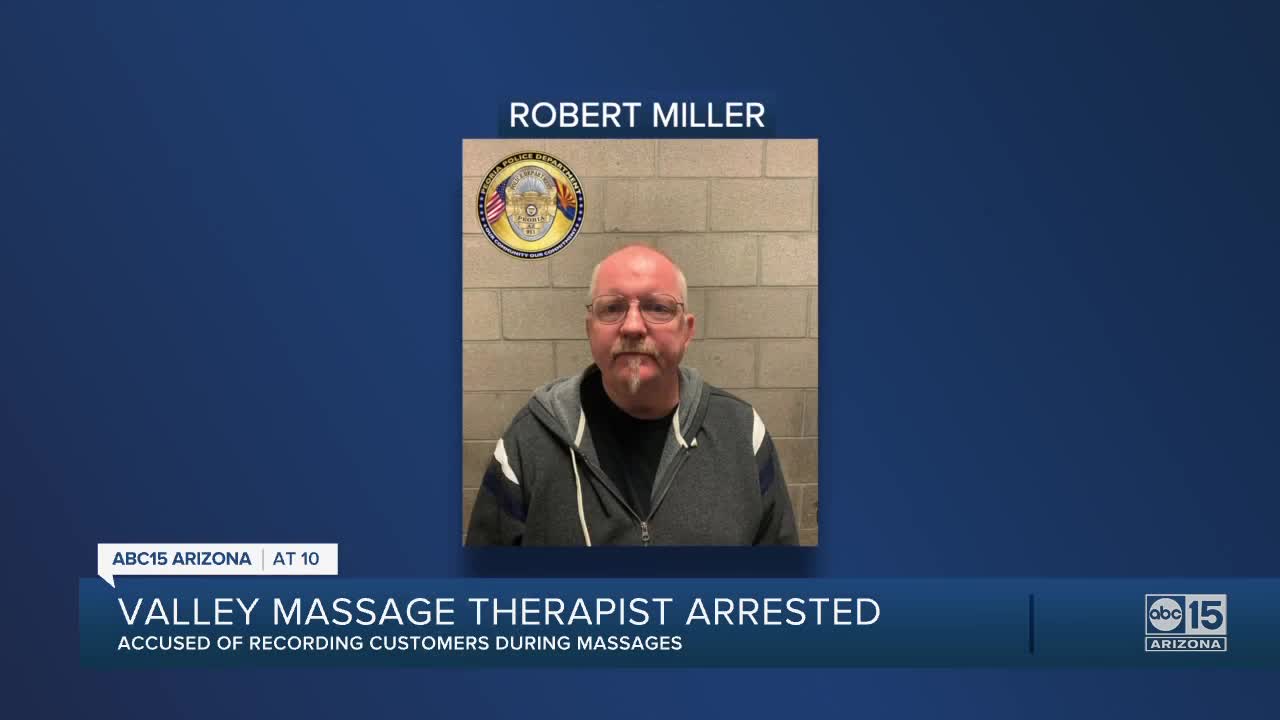 PEORIA, AZ — A Valley massage therapist is behind bars, accused of multiple sex-related crimes involving his clients and young children.

Authorities say the investigation into 52-year-old Robert Miller started last week after a customer noticed a hidden video camera plugged into an outlet of his massage room.

Police say during a search of his home, officers found hundreds of images of child pornography, sex toys that resemble children and videos of his customers during their massages.

@PeoriaPoliceAZ arrested 52-year-old Robert Miller of Phoenix today on one count of Surreptitious Filming and ten counts of Sexual Exploitation of a Minor, after a victim located a hidden camera during massage https://t.co/fdYG0UfShX #PeoriaPDAZ #peoriapoliceaz #peoriaaz pic.twitter.com/T6uQ7bGf6S

Miller works as a massage therapist for New Serenity Massage/Pain Management Arizona. He has two locations where he provided massages, one in Peoria and one in Phoenix.

Police say it appears that Miller was recording customers before, during and after massages he performed.

Miller was arrested Wednesday morning at his home in Phoenix. He is facing one count of surreptitious filming and ten counts of sexual exploitation of a minor.