Peoria man fighting cancer, and fighting to get the care he needs 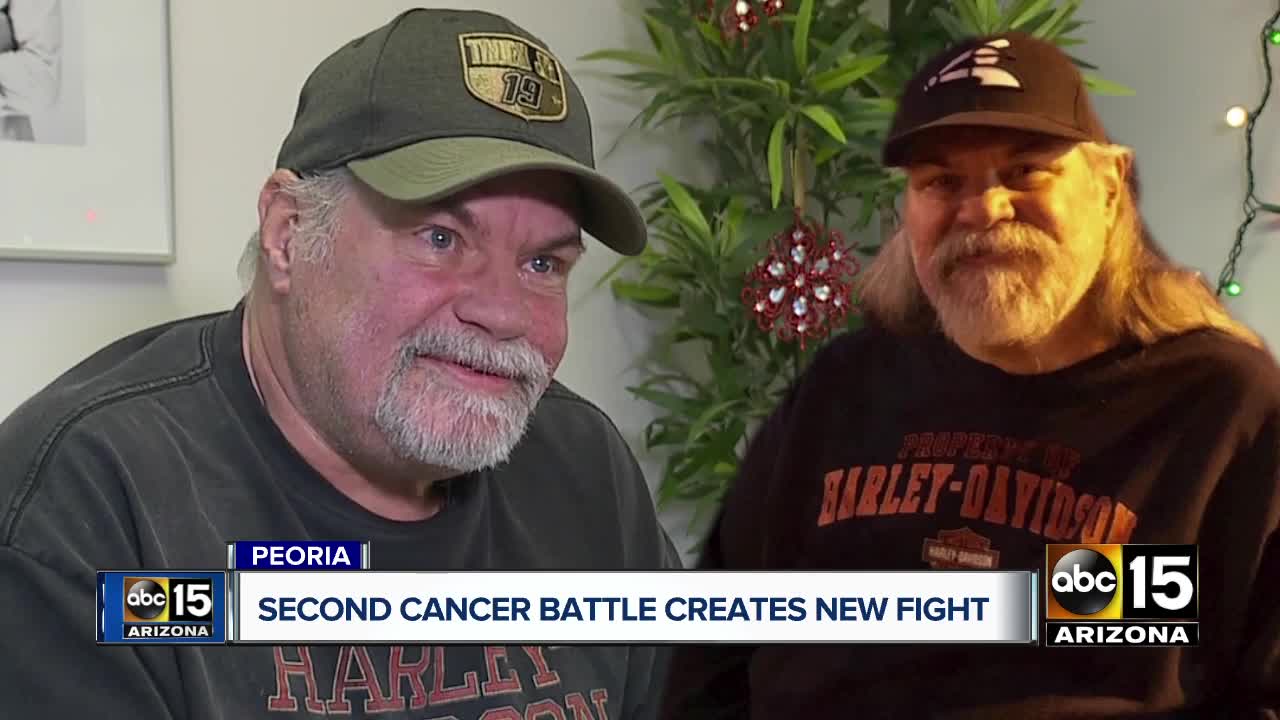 A Peoria man is fighting cancer for the second time, and fighting to get the care he needs all at once.

His first diagnosis came in 2014, shortly after he retired from his job in Illinois as a diesel mechanic and moved to Arizona.

Schriener was able to treat the tumor though. His doctors at the time performed Advanced Renal Cell Carcinoma, a minimally invasive procedure that destroys smaller kidney tumors by freezing them.

“I had gotten it taken care of and we had checked a couple times to make sure I didn’t come back," said Schriener. "It was about that time they decided that they didn’t have to cover people with pre-existing conditions, and that’s when I lost my insurance.”

Schriener says he had private-insurance, since he was no longer employed, but since then- has had trouble finding coverage through big-name insurance companies ever since.

“I call and say, I have high blood pressure and diabetes and they say okay, and I say 'Oh, and my cancer is back.' Well, that’s when everyone says "We’re not helping you, we can't help you.'"

Schriener was re-diagnosed in September.

“We couldn’t let him navigate this by himself when it’s a situation that’s hard for us to navigate," said Dr. Kendrick Johnson with Ark Family Heath, Schriener's primary care doctor. “I think that it’s a systemic problem that can and should be fixed and there are some ways to change the way that it works so that people can get access to care."

Dr. Johnson says he's tried to reach out to several urologists, urology group, surgeons, even executives with several valley hospital systems, hoping someone would be willing to treat Schriener despite his lack of coverage.

“At a couple points, I thought we were going to have some real solutions, but they didn’t pan out. I was pretty frustrated. I’m still frustrated I’m mad about it. I want it to be fixed right now and I don’t know how to fix it," added Johnson.

Johnson says Cancer Treatment Centers of America has since agreed to help treat Schriener, and perform surgery to remove his kidney entirely, but it still comes at a steep cost of more than $40,000 dollars. The surgery usually costs about $85,000, according to Schriener.

Schriener plans to enroll in AHCCSS, but won't be covered until January of 2020.