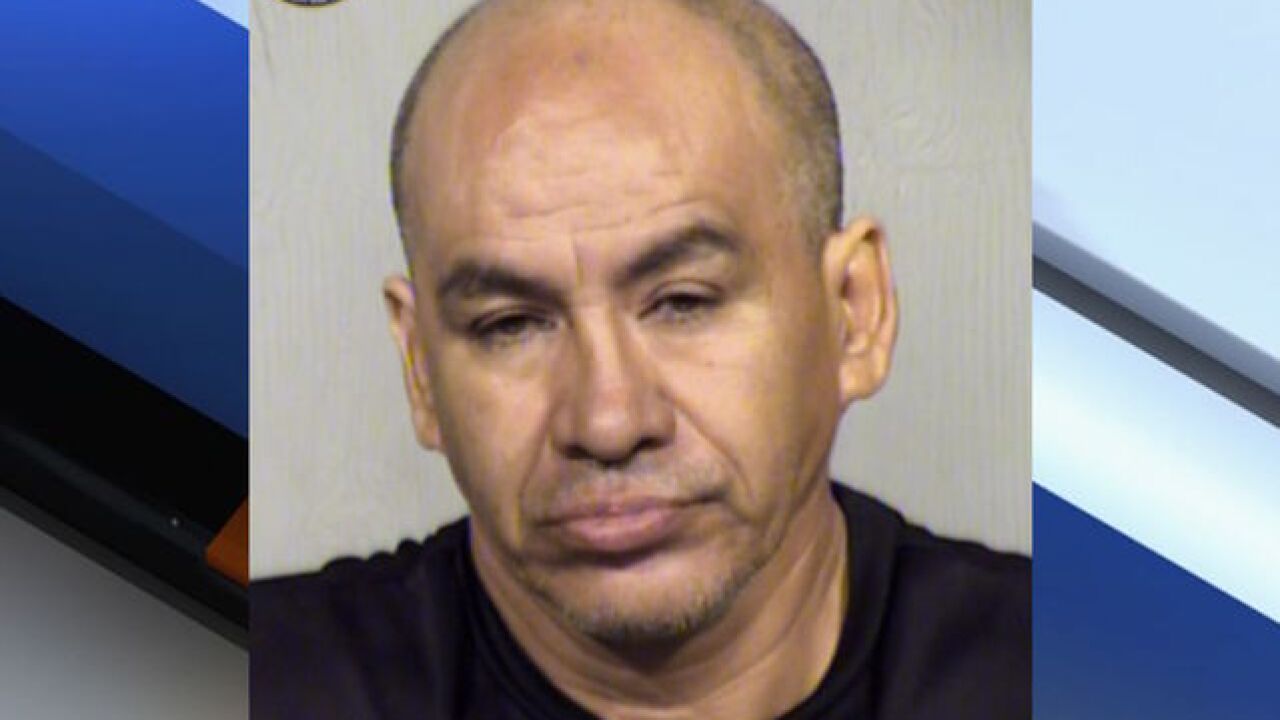 A Peoria teen says she was approached by a man at the library who tried to offer her money for sex.

Police say 56-year-old Joseph Tejada approached the teen at the Peoria Library on August 30 and asked her how old she was. After she answered that she was 14-years-old, he offered to pay her for sex and gave her his phone number.

The girl went home and told an adult, and they immediately called the police.

Detectives say they communicated with Tejada as the teen by text message and arranged to meet him. When Tejada arrived at the pre-arranged location, he was immediately arrested.

Detectives are also searching for any other possible victims Tejada may have targeted. If anyone has any information, you’re asked to call the Peoria Police Department at 623-773-7045.

Police say this is a good reminder to talk with your children about situations like this one and to make sure they know to contact an adult immediately.