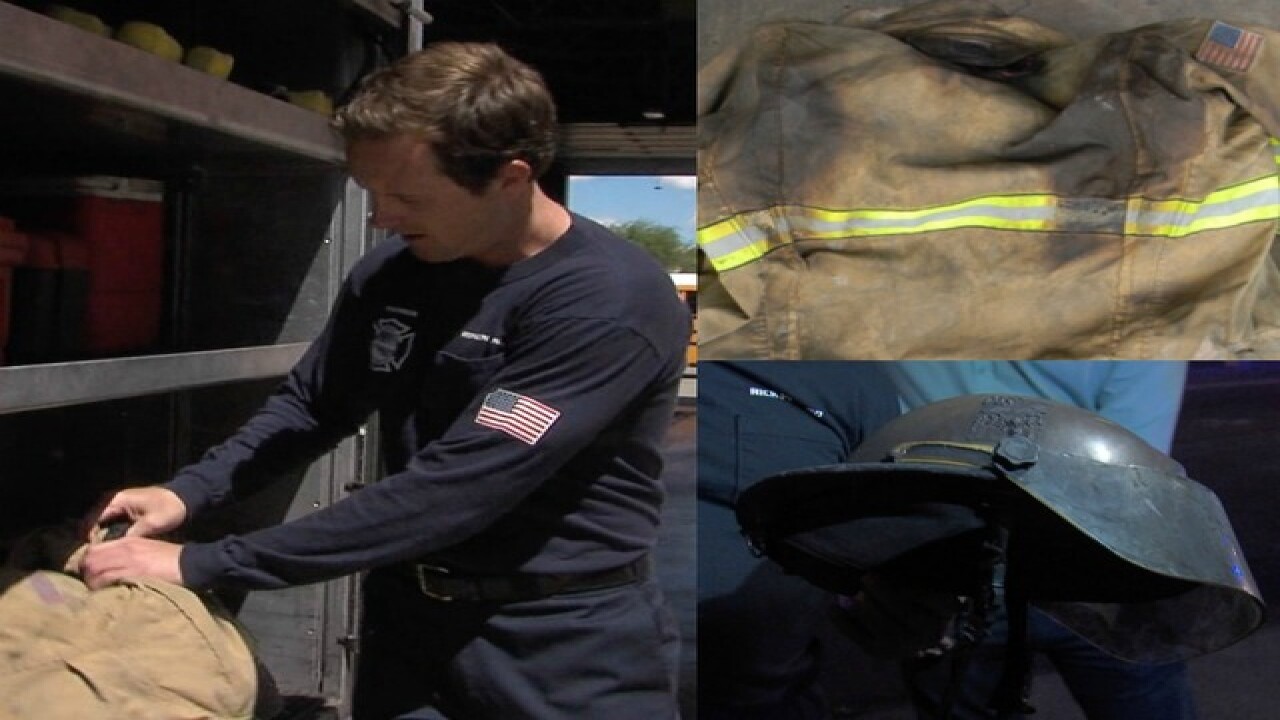 A Peoria firefighter is still recovering from burn injuries, after he rushed into a burning home to try and save a man’s life.

Stephen Gunn says he did what any other firefighter in his shoes would have done. He was one of more than 70 firefighters who responded to the house fire near Thunderbird and 75th last Thursday.

“As I got off the truck I was approached by three to four police officers who had already been on scene, they had informed me there was a victim trapped that they could see inside the front window,” Gunn said.

He immediately ran towards the house, and crawled through a broken window to get to the man. Gunn said he was in the house for no more than 45 seconds. He picked up the man, and carried him over to his captain.  Firefighters and deputies worked hard to perform CPR on the victim, but it was too late, 73-year old Steven Krzyzewski was pronounced dead.

Gunn said he could feel the heat while he was in the house, but he was focused on getting to the victim.

The turn-out gear firefighters wear are made to withstand up to 1,200 degrees of heat, but only for a short time.  Gunn said he did not feel it while inside the house, but realized later that the heat had burned a hole in his gear.

“It amazed me how good our gear and equipment is," he said. "I didn’t realize the back of my coat was like that, just to see what it can withstand, it’s pretty amazing."

Officials say a man at the home shot a masked intruder he found using a blowtorch to start a fire that destroyed his home.

Maricopa County Sheriff’s Office deputies said the suspect was still in the hospital recovering from his burn injuries. His name has not been released yet.