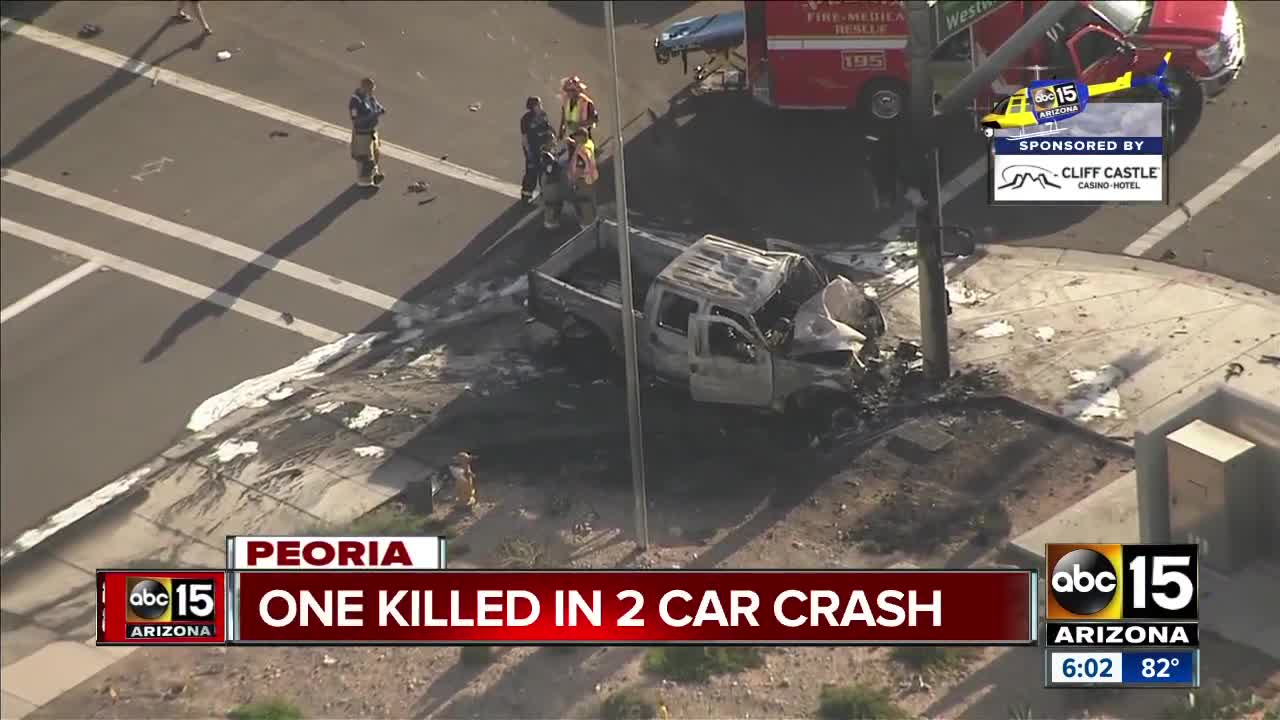 Two vehicles were involved in the collision at Lake Pleasant and Westwing parkways. 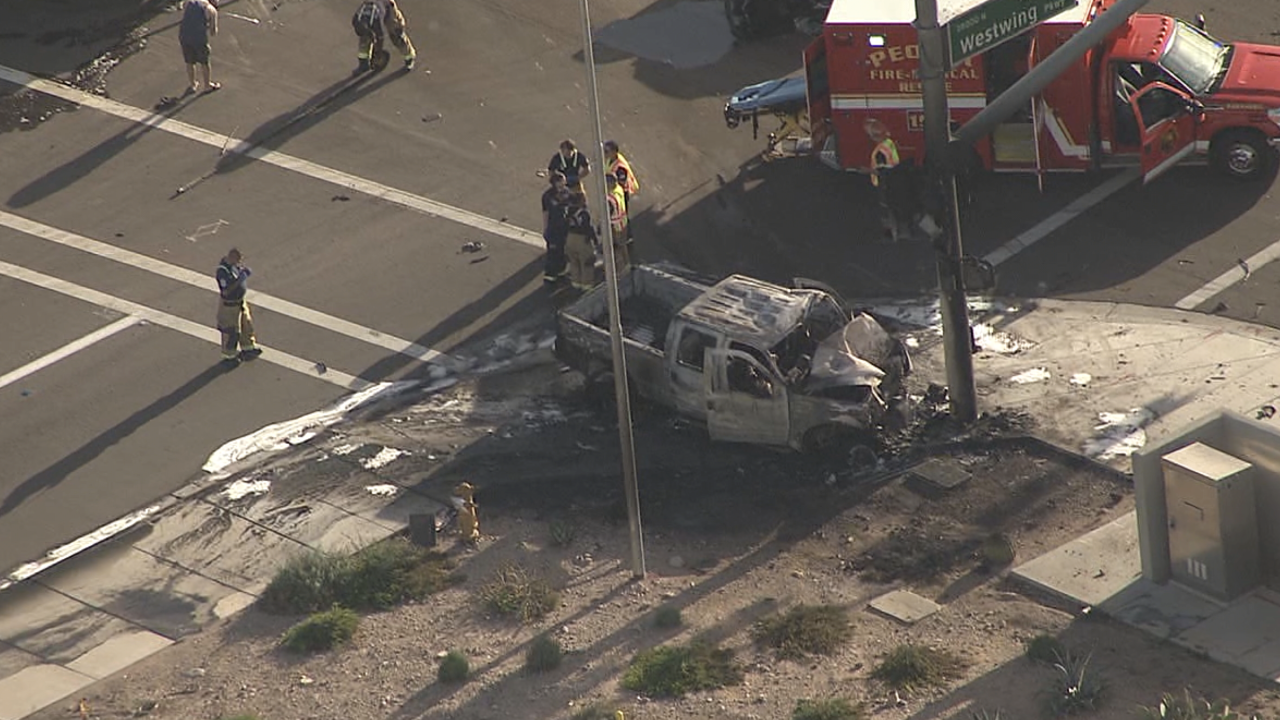 PEORIA, AZ — A 19-year-old man is dead and several others are hurt following a fiery crash in Peoria on Friday evening.

According to Peoria fire officials, two cars collided near Lake Pleasant and Westwing parkways. When fire crews arrived on scene, one vehicle was reportedly fully engulfed in flames.

Early reports indicate one person was airlifted to an area hospital, while three others are being treated on scene and will most likely be taken to area hospitals, officials said. Their conditions were not immediately available.

On Saturday evening, authorities confirmed Brandon Windahl, from Glendale, died in the crash.

Peoria police say this is an ongoing investigation.