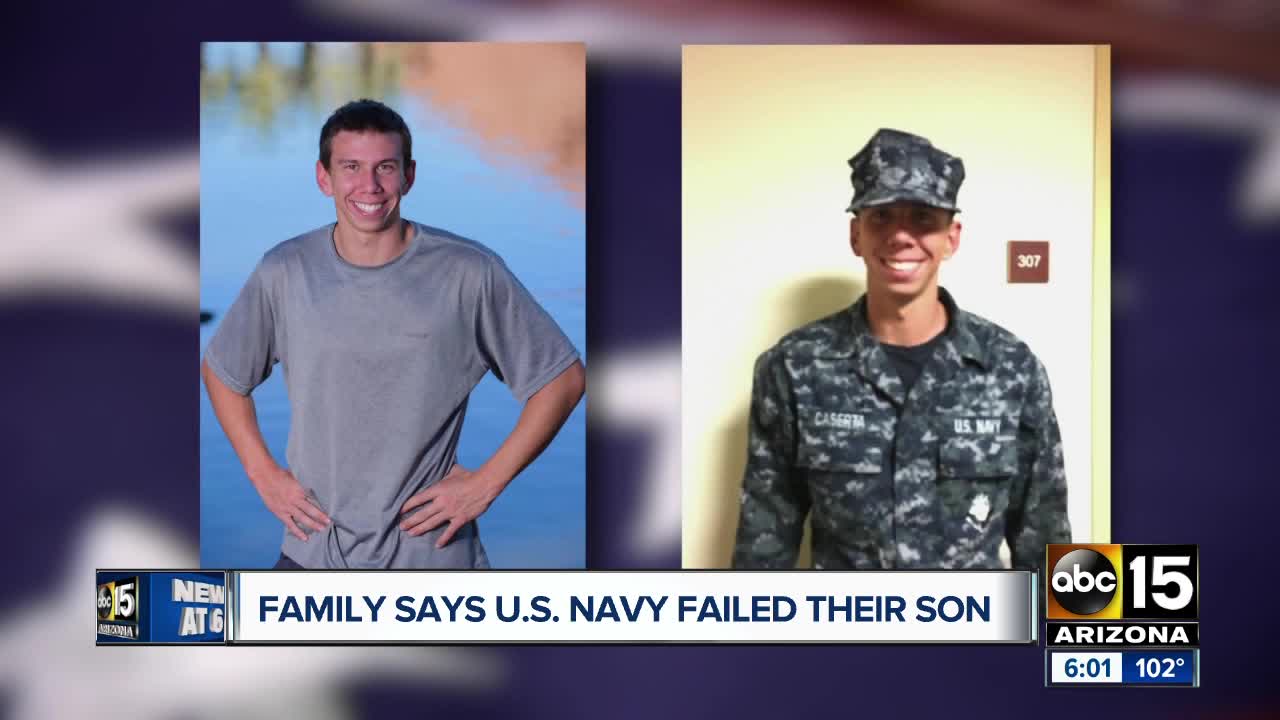 As Terri Caserta entered her son's bedroom in their Peoria home, she broke down. It's an emotion that Terri and her husband Patrick Caserta will always carry with them. Their son Brandon was in the United States Navy from 2015 to 2018. However, at just 21, Brandon would take his own life. 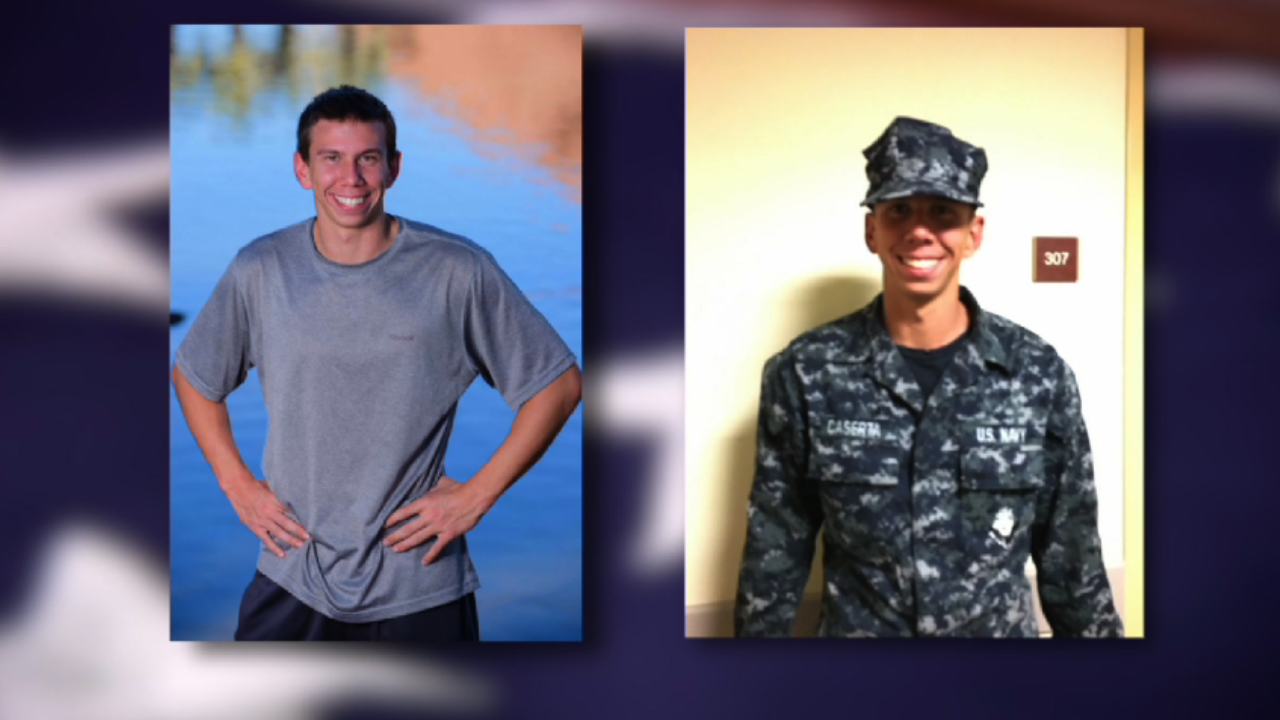 PEORIA, AZ — As Terri Caserta entered her son's bedroom in their Peoria home, she broke down.

"I don't come in here very often, every time I do I cry," Terri said.

It's an emotion that Terri and her husband Patrick Caserta will always carry with them. Their son Brandon was in the United States Navy from 2015 to 2018. However, at just 21, Brandon would take his own life.

"We could not believe what we were hearing, it was so unreal, and you pray that it's just a dream, this is what you do, and you're gonna wake up any minute, and he's gonna be fine," said Terri moments after learning of her son's death.

United States Navy Commander Dave Hecht, the Public Affairs Officer for Commander, Naval Air Force Atlantic, addressed the incident by saying, "Every life lost is a tragedy, and this tragic loss for the Caserta family continues to be deeply felt across the Dragon Whale (Brandon Caserta's Navy Unit) family."

However, the Casertas say more could've been done to prevent their son's death.

"There are a lot of things out there that is available for people, it's not enough and what these families go through. We entrust our children with the military, we expect them to come out," said Patrick Caserta.

The Casertas say their son was bullied and berated by his superior officer. They add, he wasn't given the opportunity to move up in rank and was forced to work in the base store instead of working toward his qualifications.

They reference a pattern of activity after their son broke his leg in Navy Seal training in June 2016. Although the Casertas say their son was disappointed about not completing Navy Seal training, they say he wasn't depressed. Adding that the Navy physiologically evaluated their son and cleared him to return to duty.

"He was found fine, that's why they let him go meaning he'd have to stay there if he had any kind of depression," said Patrick Caserta.

Mr. and Mrs. Caserta describe several problems from 2016 to 2018, one thing after another, and say it ultimately lead their son to do what he did.

"I do think suicides are being considered as the cost of doing business. They have to stop. Accountability needs to happen," said Patrick Caserta.

Brandon Caserta took his life in June of 2018. One year later, his parents are determined to find justice for their only son, as they believe this tragedy could've been prevented.

Drafting the "Brandon Act," federal legislation that if passed, would work to end military suicides, hold commanders accountable, and stop bullying in the military.

The United States Navy says, "We continue to mourn his passing, as always the Dragon Whales wish to extend their condolences and the knowledge that he remains in their thoughts and prayers."