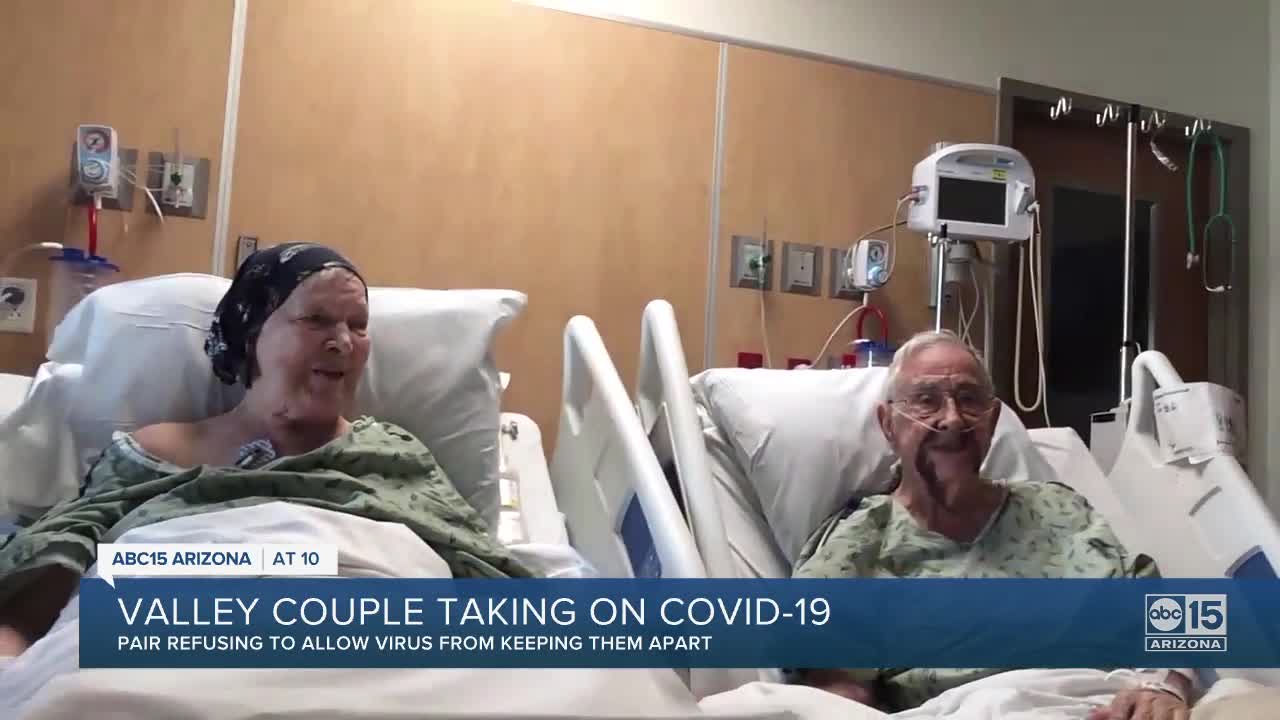 A Peoria couple who has been married for 70 years isn't letting coronavirus keep them apart. 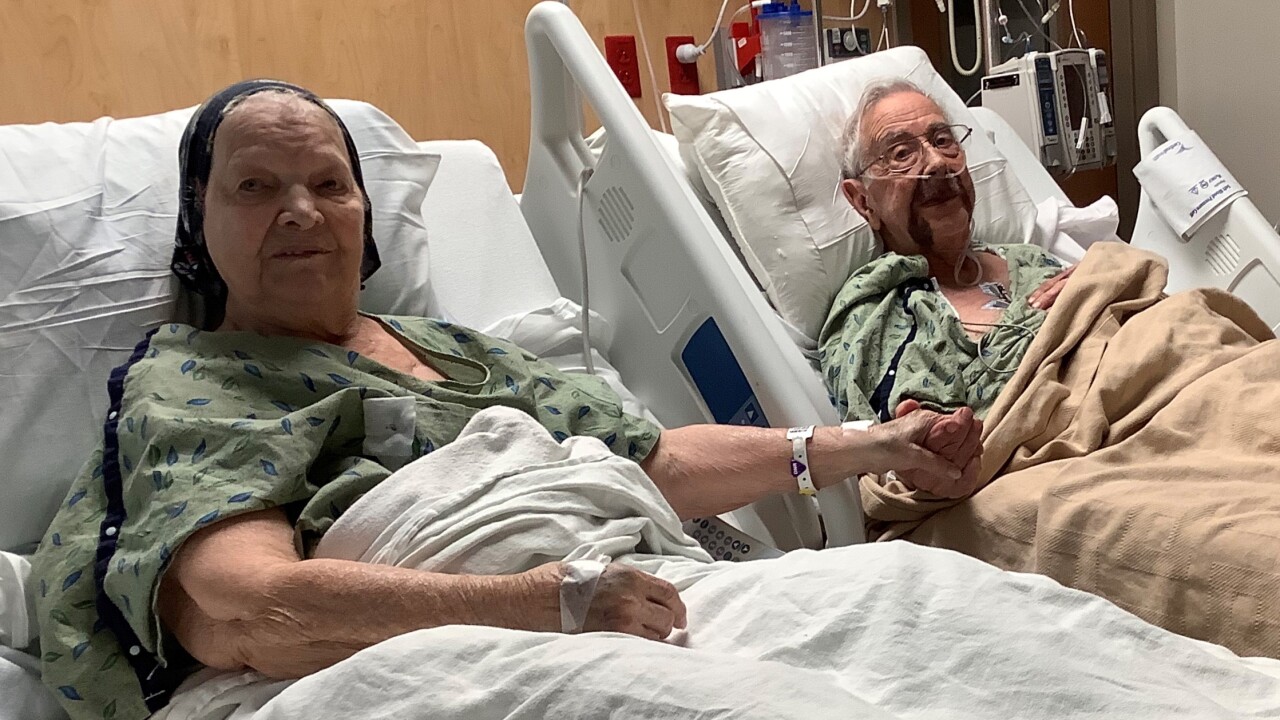 PEORIA, AZ — Dorothy and Howard Smith, 88 and 89 years old, were hospitalized a day apart from one another at Banner Del E. Webb Medical Center in Sun City West.

The two are always together.

"He sleeps with his hand in my hand all night long. Facing me in bed, holding this hand. He wants to hold my hand. He's a hand-holder. He's a lover," said Dorothy.

Dorothy had trouble breathing and Howard had a bad cough. They're both doing a lot better.

"That's how we got in the same room, which was unheard of. Nobody's heard of that. We've been side by side."

The two met when they were in their teens. They started dating in high school.

"He said 'would you go to the senior prom with me? I looked at him and said 'I wouldn't go with you if you were the last boy in the world.' That was a challenge for him," said Dorothy laughing.

Howard was up for it. They got married on July 22, 1950. Dorothy said they're just as in love today as they were back then.

"He loves me...oh my goodness. He tells me that 1000 times a day, how much he loves me. How he wouldn't even be here if it wasn't for me, he'd be dead. He gives me credit for keeping him alive all these years, so I appreciate that."

It hasn't all been perfect. They've had rough times and health issues, but Dorothy said they got through it.

"We traveled all over the place...to the beach to the parks, anywhere we could go, we'd get in a car and go. We had a lot of fun."