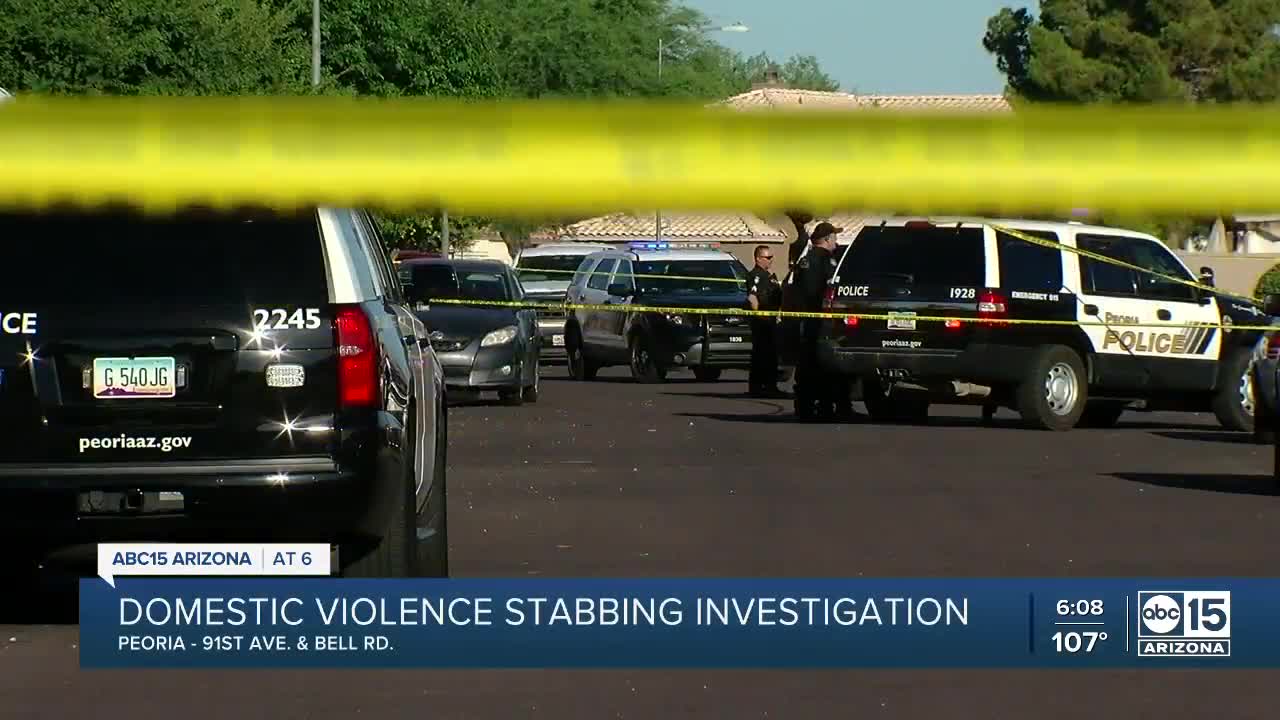 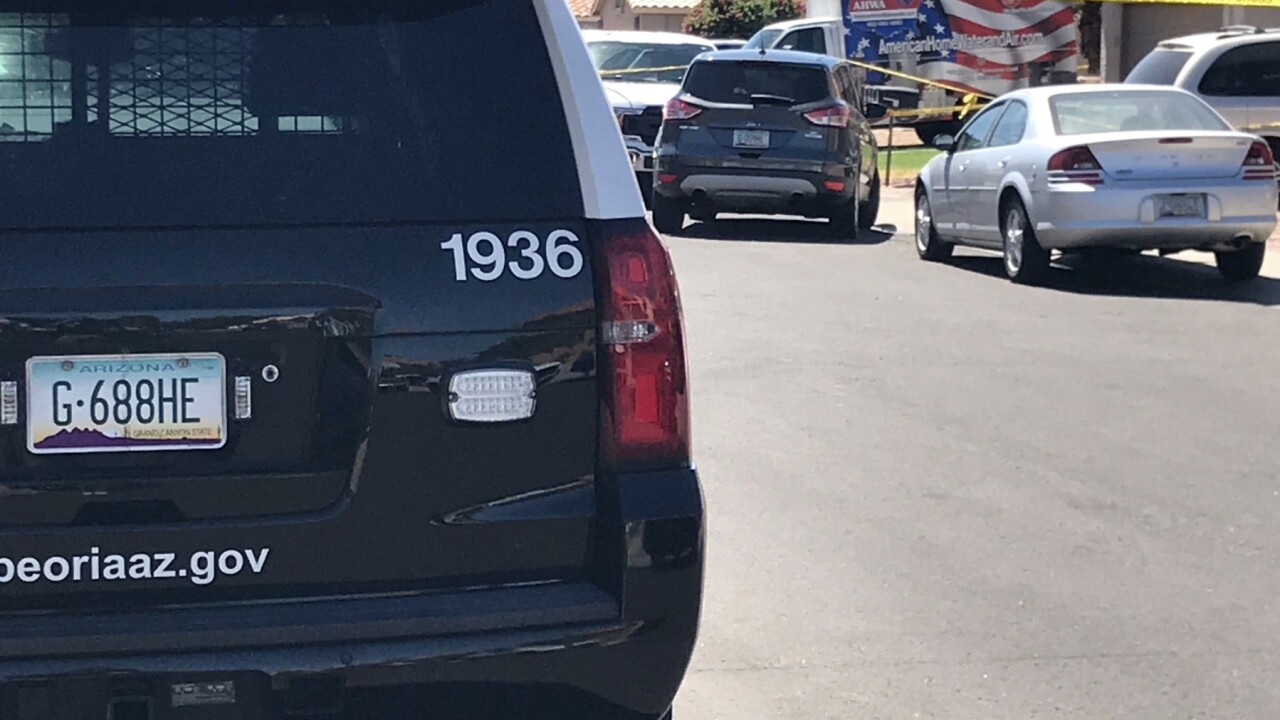 PEORIA, AZ — Peoria police say a 65-year-old woman has died after being stabbed by her husband in a domestic violence incident Saturday morning.

Authorities say officers received a 911 call around 6:15 a.m. that a stabbing had just occurred at a house near 91st Avenue and Bell Road.

Police say someone in the house witnessed the man stabbing his wife and ran to a neighbors house for help.

When officers arrived, on scene, they found the 65-year-old woman with multiple stab wounds. She was transported to a local hospital where she later died from her injuries.

Officers also located the suspect, a 63-year-old man, at the home; he also had several knife injuries. He was also transported to the hospital with serious injuries and remains hospitalized.

Police are investigating what led up to the incident, but believe it is an isolated domestic violence incident between a husband and wife.