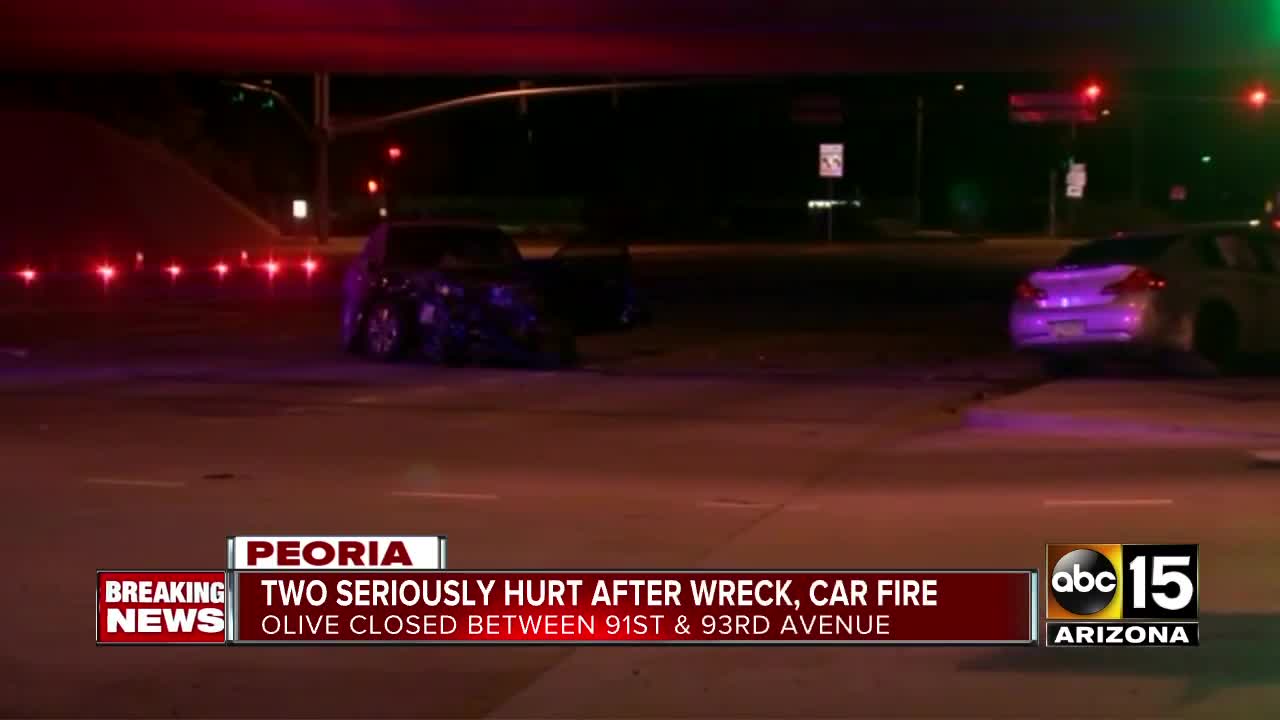 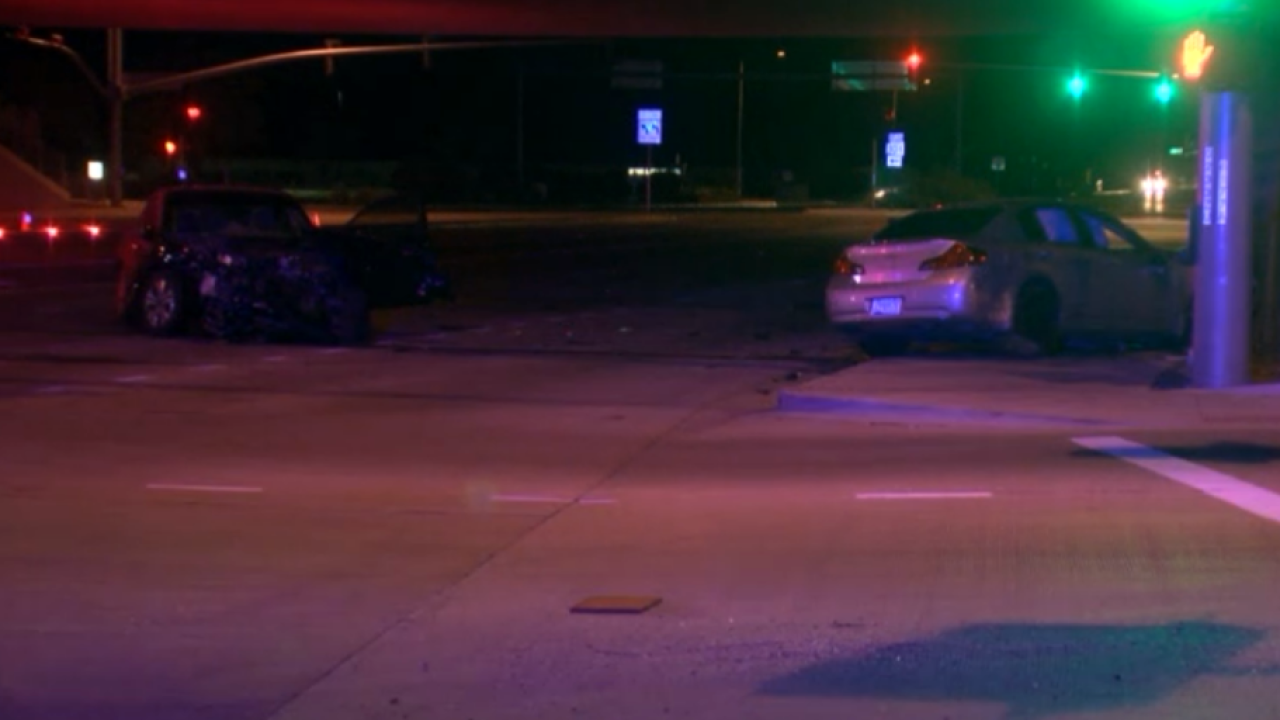 Emergency crews were called to the scene near 91st and Olive avenues around 9:10 p.m.

Authorities say one of the vehicles caught fire, but good Samaritans were able to help the driver out.

Both victims were transported to the hospital, police say. They are not being identified at this time.

Police are investigating if speed or impairment were factors in the crash, according to Peoria Police Officer Brandon Sheffert.

This is a developing story. Stay with ABC15 News for updates.