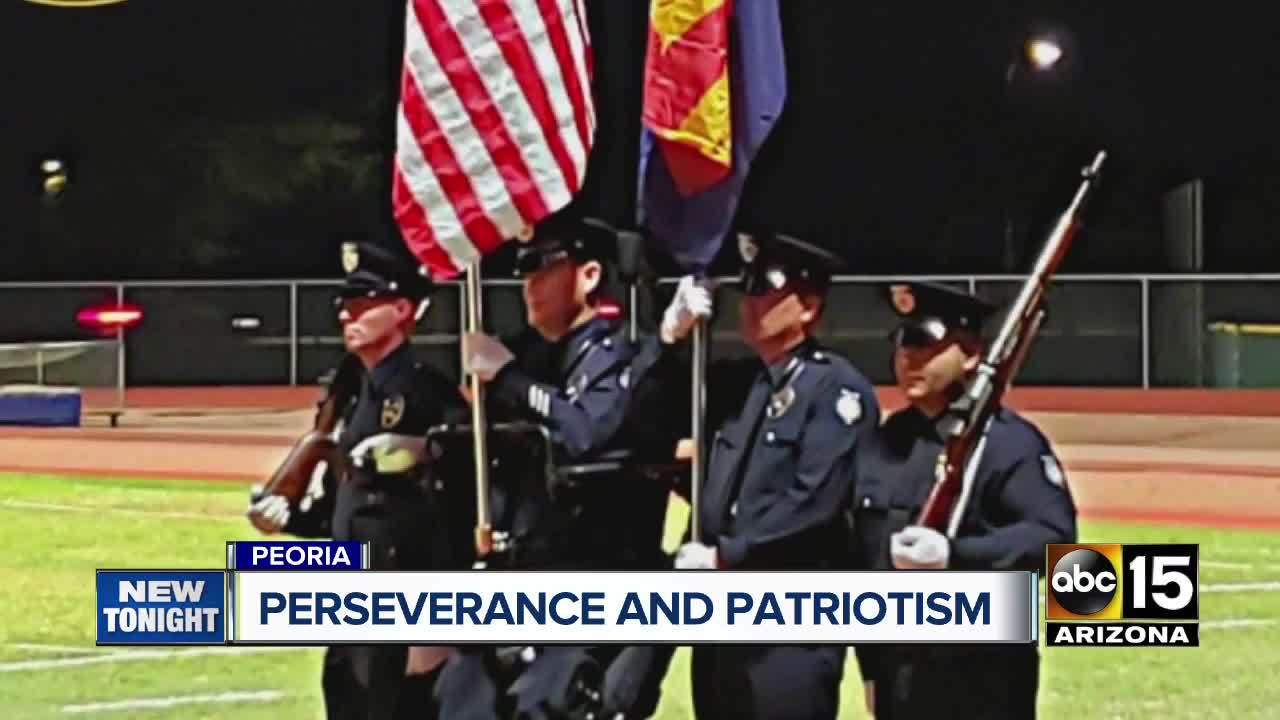 Peoria police say an officer was able to stand for National Anthem for the first time in 14 years thanks to a new wheelchair. 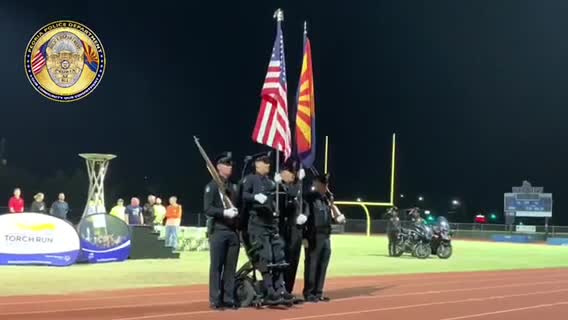 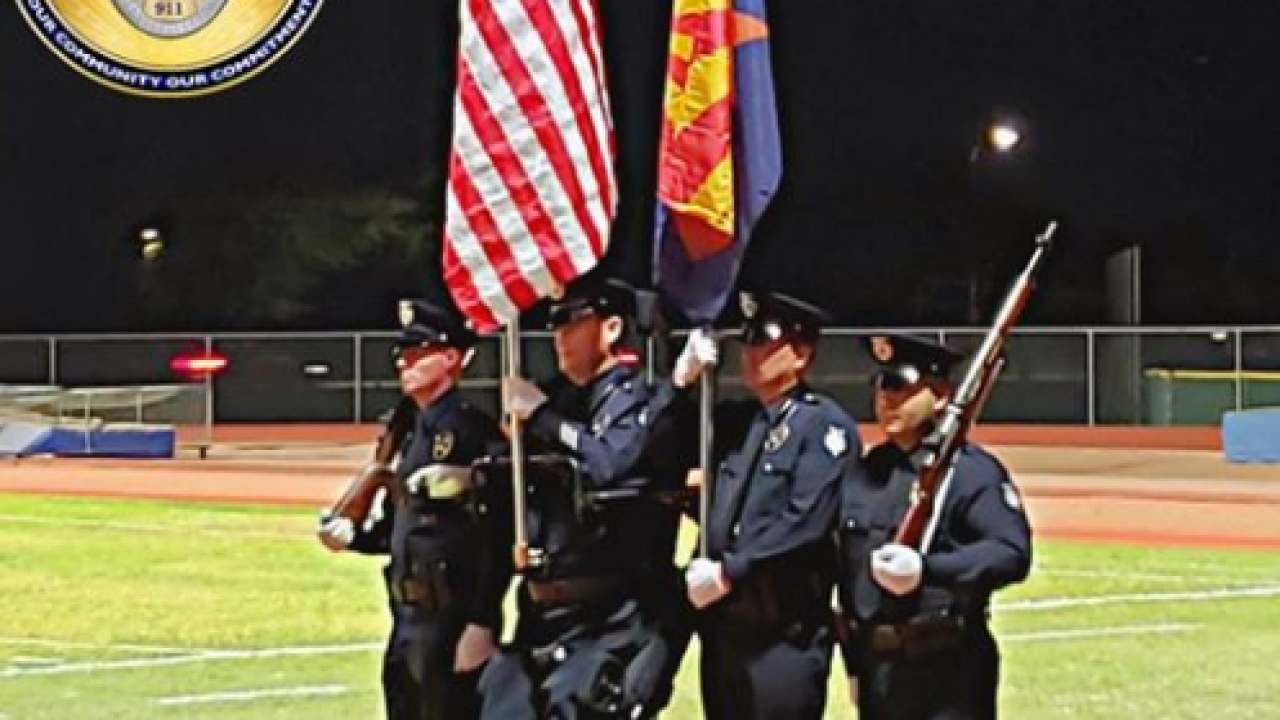 PEORIA, AZ — Peoria police say an officer was able to stand for National Anthem for the first time in 14 years thanks to a new wheelchair.

Weigt loves serving his community. He has been with the Peoria Police Department a little over 15 years.

Just 17 months into his time on the street, however, every officer’s nightmare unfolded.

Weigt was chasing an accused murder suspect when he was struck by a bullet.

“The suspect fired one round. Hit me above my vest, hit me in the chest, hit a rib, and then went back down to my spine,” recalled Weigt.

Instantly, the officer sensed what had happened.

“I just knew I was paralyzed,” he said. “[My career] kind of got cut short right there.”

He was in a coma for three days, waking up on his 31st birthday.

Despite the sacrifice, Weigt eventually returned to serve as an officer. Earlier this year, the Army veteran applied for the department’s honor guard.

“Even though I am not sworn, I still put in for it,” said Weigt. “I was concerned about doing certain formations, rolling over toes, and stuff like that.”

“I’ve always wanted to stand for the national anthem for many reasons. I love the country; I love everything about it. But I wanted to do it on my terms. I didn’t want to be held up,” Weigt said.

At the recent Arizona Special Olympics ceremony, Weigt did just that.

“I was beyond happy. I was spazzing so bad,” said Weigt. “I was trying to hold that flag just as still as I could.”

The national anthem “happens thousands of times a day” but for everyone witnessing Weigt’s presentation of old glory that night, it was an emotional moment.

“I wasn’t out there for this to happen. I was there for the Special Olympians...If you ever want to use this wheelchair, it’s yours,” Weigt said.

Weigt's message to others who are paralyzed, or struggling with an obstacle is, “Keep trying and doing anything and everything that you can. Don’t quit.”

Weigt says he plans to keep practicing with the honor guard and getting more comfortable moving in the wheelchair with the flag.

Weigt's next personal challenge is to ride a bicycle that he can pedal with his hands.