MCSO: Father, son expected to be OK after plane crashes into Lake Pleasant 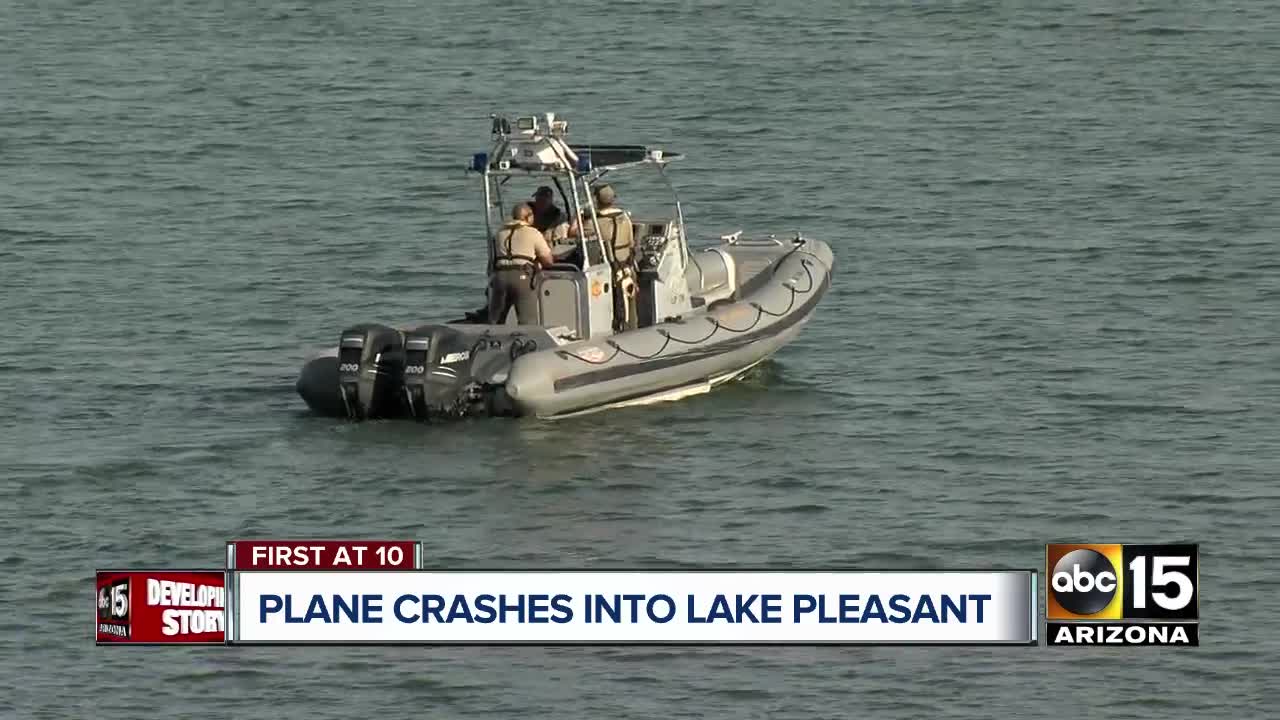 Two men are expected to be OK after a plane they were on crashed into Lake Pleasant on Saturday afternoon. 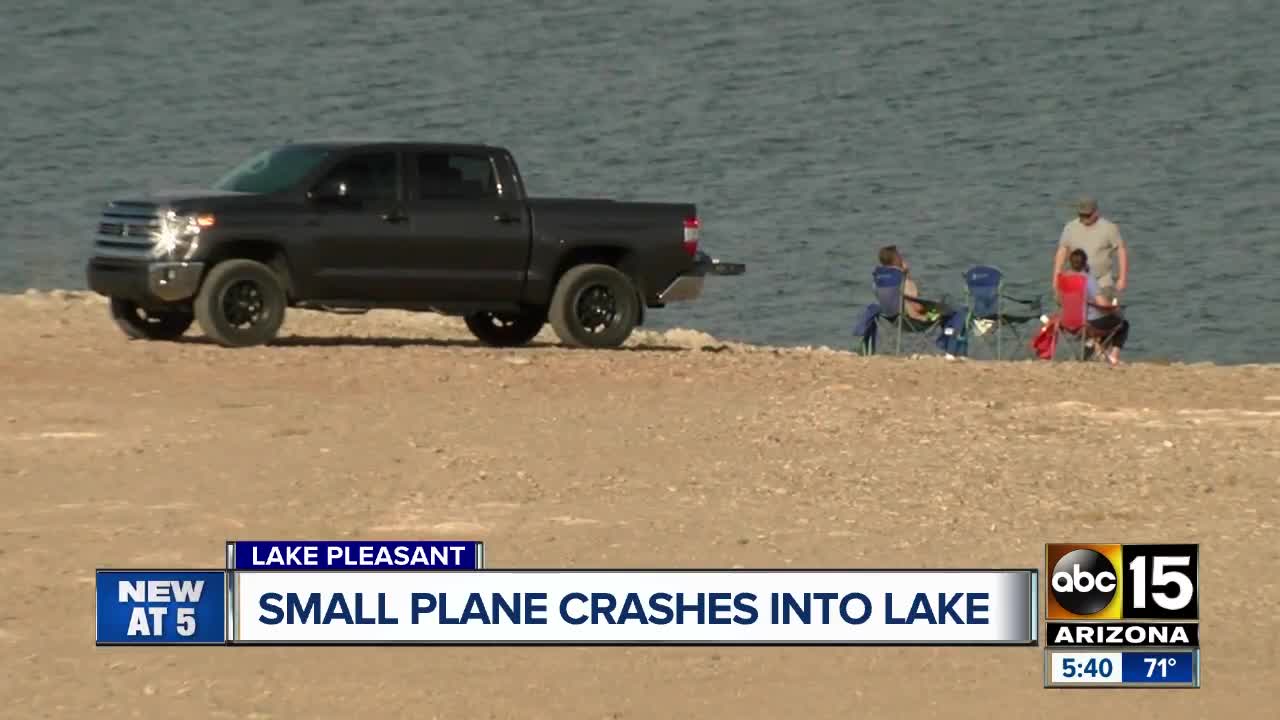 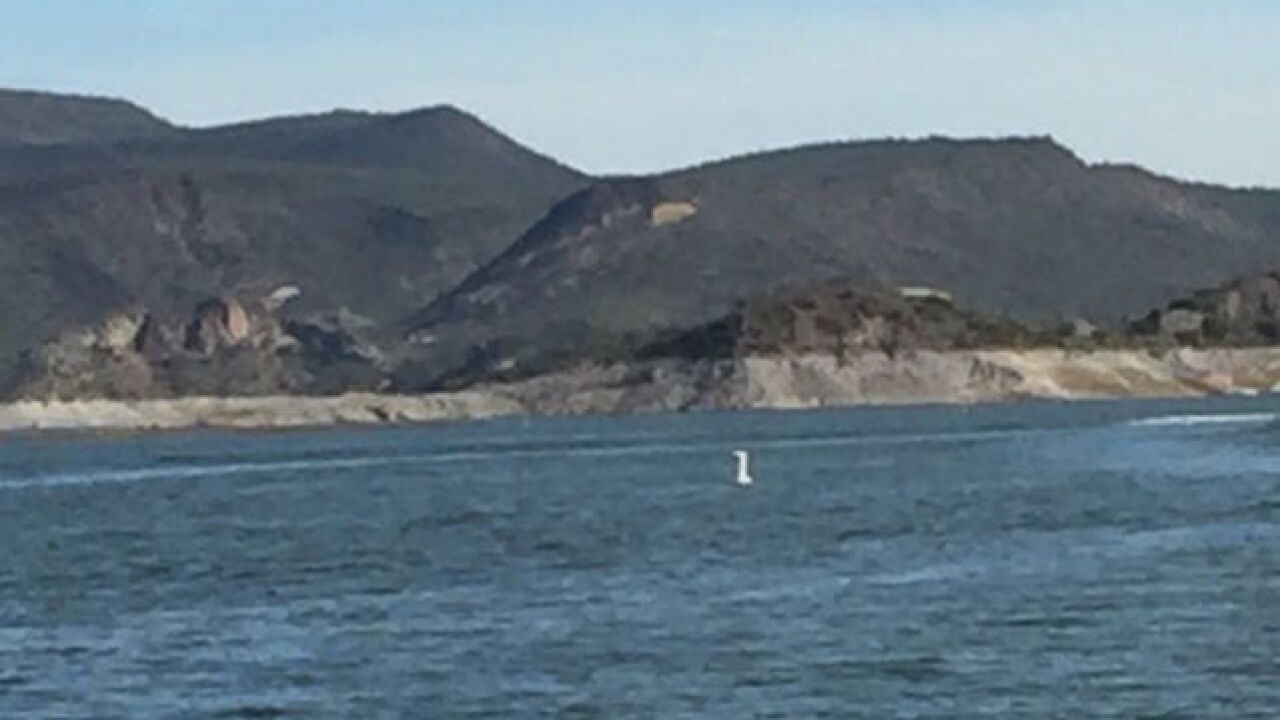 Two men are expected to be OK after a plane they were on crashed into Lake Pleasant on Saturday afternoon.

According to the Maricopa County Sheriff's Office, just after 1 p.m., lake patrol deputies responded to reports of a single-engine plane that had gone down.

Officials say both of men, reportedly father and son were treated for minor injuries. They were later identified as 63-year-old Mahmood FaniTehrani and 36-year-old Fabien Tehrani.

MCSO deputies respond to reports of a single engine plane that went down at Lake Pleasant in the water just after 1pm. MCSO Lake Patrol Deputies located two adult males that were onboard the plane at the time of the crash, both males were treated for minor injuries. pic.twitter.com/ufOyK0TdTD

Jack Ogle was one of two Good Samaritans who helped rescue the two men from the crashed plane. Ogle said the plane crashed about 20 feet from his boat.

"The plane sat there nose down with the tail up and you could see the two passengers in the plane and then the passenger he got his seatbelt harness undone really quickly and then the driver he had a little bit more of a problem with it, and then the plane sat there and bobbed a few times, and then all of a sudden it went under with him in the plane. We were about to jump in the water and try to get him out of his harness cause the plane was still bobbing but he was just under the water and he popped up and we got him in the life vest and got him in the boat," Ogle said. "It happened fast, I mean, -- I had -- when the plane crashed I had him to the shore within 15 minutes."

It's unclear at this time what caused the plane to go down. Impairment is not a factor according to officials. No further information was immediately available.

This comes less than a day after a plane crash killed two people in Heber-Overgaard .