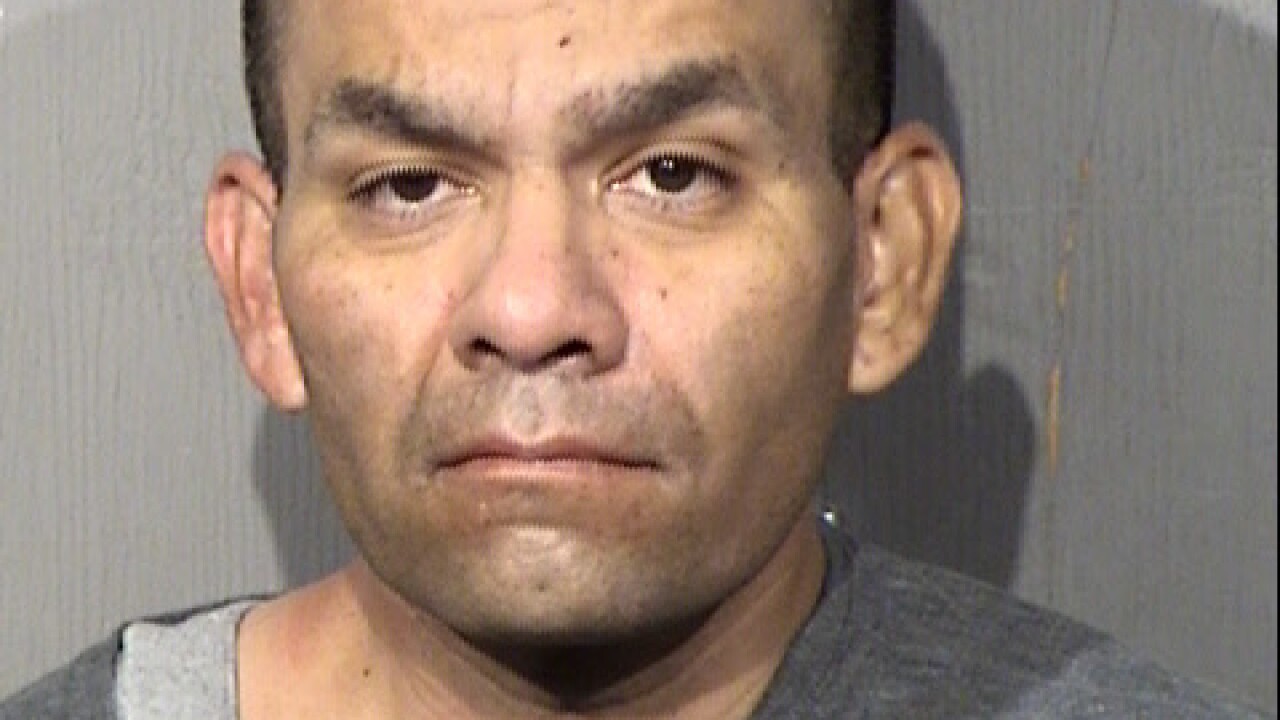 PEORIA, AZ — A suspect has been arrested after allegedly hitting two Peoria officers with his vehicle and then leading a pursuit.

According to Peoria police, it started Saturday evening when officers got a call about a man trying to steal items at a Walmart in Peoria, near Lake Pleasant Parkway and Deer Valley Road.

When officers arrived, they located the suspect, identified as 40-year-old Gabriel Brandin of Avondale, in the parking lot. As the officers attempted to detain him, he resisted and was able to enter his vehicle and drive it in reverse. At that moment, he hit two officers and then drove away.

Both of the officers were treated for minor injuries at the scene.

The vehicle was later spotted by an officer near 73rd Avenue and Beardsley Road. The officer attempted to make a traffic stop, but the vehicle took off at an excessive rate of speed.

A police helicopter was alerted to follow it, and spotted it in the area of 99th and Glendale avenues. That's where officers were able to take Brandin into custody.

He was booked into the Fourth Avenue Jail on several charges including, aggravated assault on a law enforcement officer, unlawful flight, endangerment, shoplifting, possession of drug paraphernalia, and driving under the influence.

Officials with the Peoria Police Department say other charges may be filed.