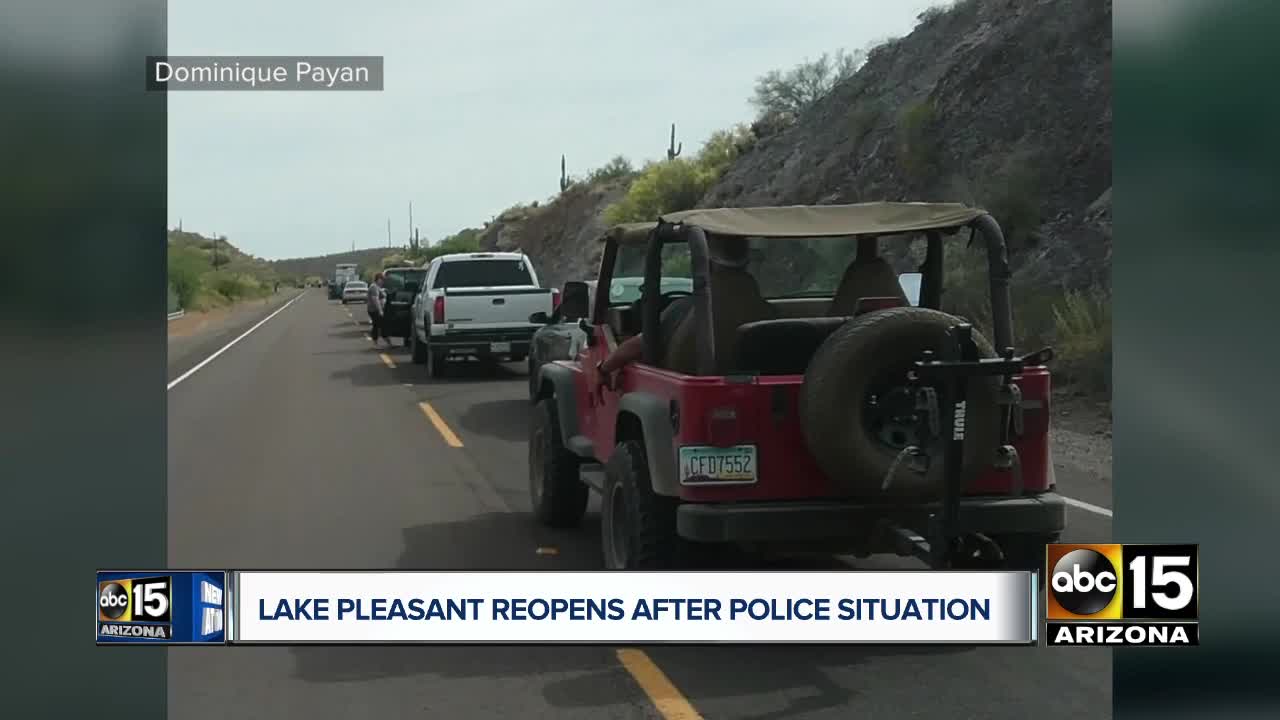 Peoria police say officers responded to a possible suicidal person with a weapon near the entrance to Lake Pleasant. 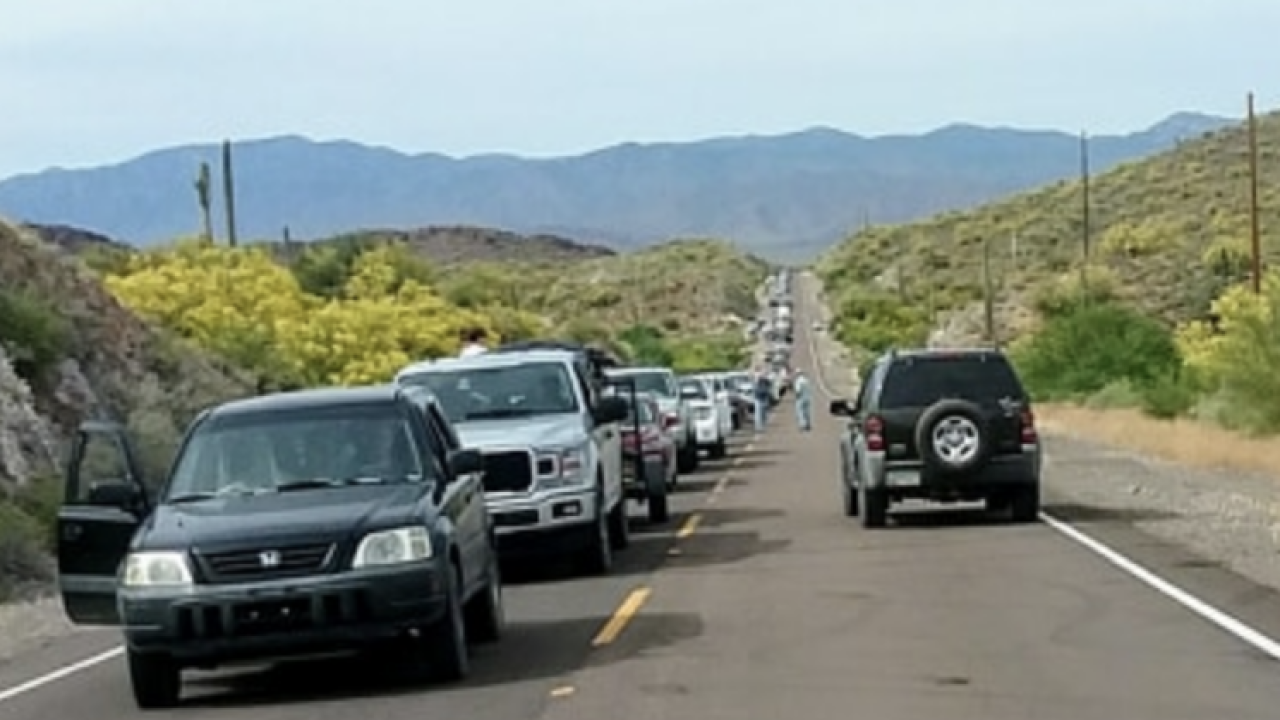 PEORIA, AZ — Lake Pleasant Regional Park has reopened after being temporarily closed due to a nearby police incident on Sunday afternoon.

In a tweet, Peoria police say officers responded to a possible suicidal person with a weapon near the entrance to Lake Pleasant.

Roads to and from the park were closed for several hours with multiple agencies on scene attempting to resolve the situation peacefully.

Around 5 p.m., Peoria police say the person was detained and taken to a hospital for evaluation.

The road closures on SR-74 at Castle Hot Springs Road were lifted shortly after 6 p.m.

Troopers with the Department of Public Safety, deputies with the Maricopa County Sheriff's Department, and Glendale police were on scene assisting.

UPDATE: The suicidal subject has been detained and is being transported to a hospital for evaluation. Traffic restrictions will be lifted shortly. Thank you for your patience. #PeoriaPDAZ #Peoriapoliceaz #peoriaaz pic.twitter.com/tgJcJpfIXo

Stay with ABC15 and abc15.com for updates on this developing situation.