Flying the coop: Bird scooters to no longer fly in Peoria after negotiations end 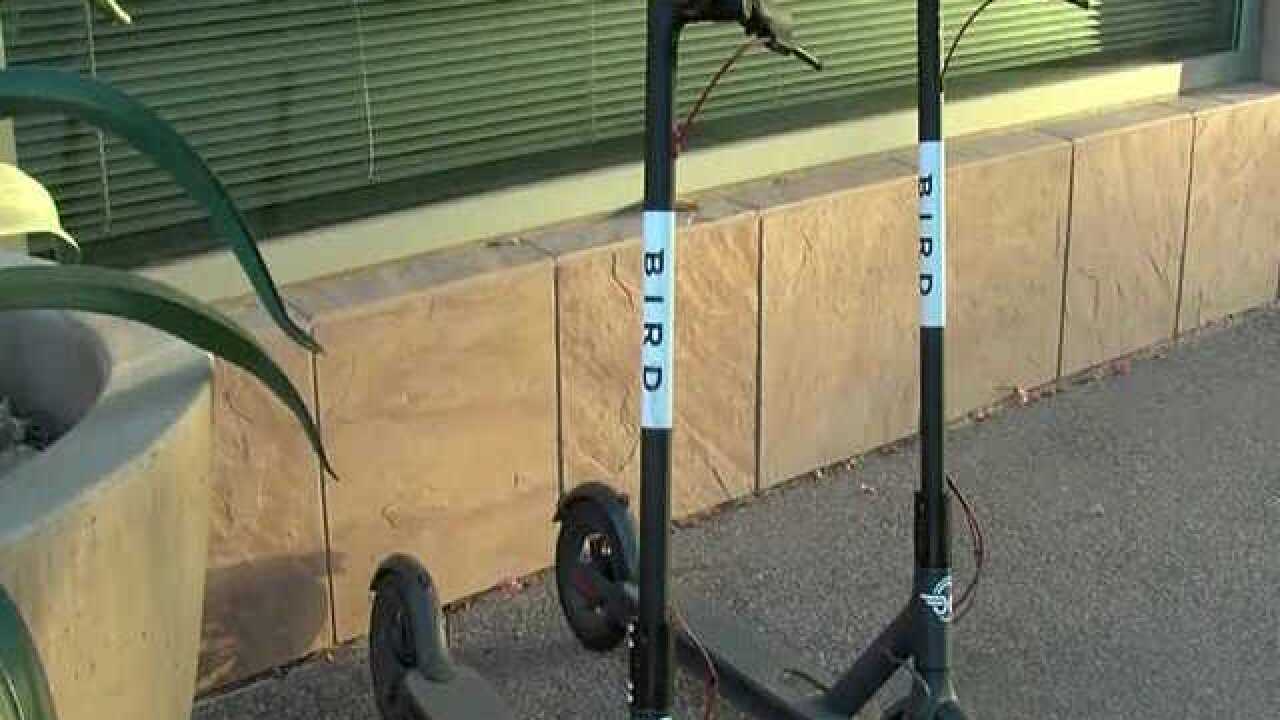 PEORIA — The City of Peoria announced Thursday it has ended its pilot program with the electric scooter company, Bird.

Bird was introduced to the City of Peoria in the fall of 2018. According to a press statement released by the city, the program was “intended to evaluate how this new transportation system would be used, while balancing public safety concerns.”

The city wanted to evaluate the safety, demand, usage, code compliance, economic impact, and community response to the electric scooters, according to the press release.

However, the City of Peoria alleges Bird made “major handwritten changes to the approved agreement.”

One of these changes would have placed significant liability, risk and exposure to lawsuits and claims against the city and its tax payers, the press statement reads.

“As a result, the agreement was never finalized, and Bird will conclude its operations in Peoria,” the statement notes.

In a letter sent to the City of Peoria dated Jan. 23, and provided to us by Bird, Bird said: "Over the past few months we have worked closely with Peoria city staff to craft an e-scooter pilot program customized to suit Peoria's transportation goals. While we appreciate the opportunity to bring a sustainable transportation alternative to the residents of Peoria, Bird is unable to agree to the onerous regulations promulgated by the city, and must move to withdraw our fleet operations in Peoria."

Bird named three sticking points in its negotiations with the city:

Bird said it "hope[s] that we can find a resolution that will allow us to one day return and serve the community of Peoria." The City of Peoria said it will continue to evaluate alternative transportation opportunities best suited for Peoria residents.

"Our goal is to make transportation in Peoria accessible to all, whether it be the new circulator bus route, bike lanes or alternative personal transportation," said Peoria City Manager Jeff Tyne. "A variety of transportation options ensures that our residents' transportation needs are met in an affordable and sustainable way. While doing so, it is important to consider the safety and well being of the community."

Several cities in the Phoenix-metro have holding discussions on how to regulate and maintain electric scooters and bikes, such as Lime, Bird, and Uber. In December, Scottsdale passed an ordinance declaring where the bikes could be parked, where they could be ridden, and how close together they can be. In January, the city passed a number of licensing requirements and fees that the dockless companies have to agree to in order to operate in Tempe.