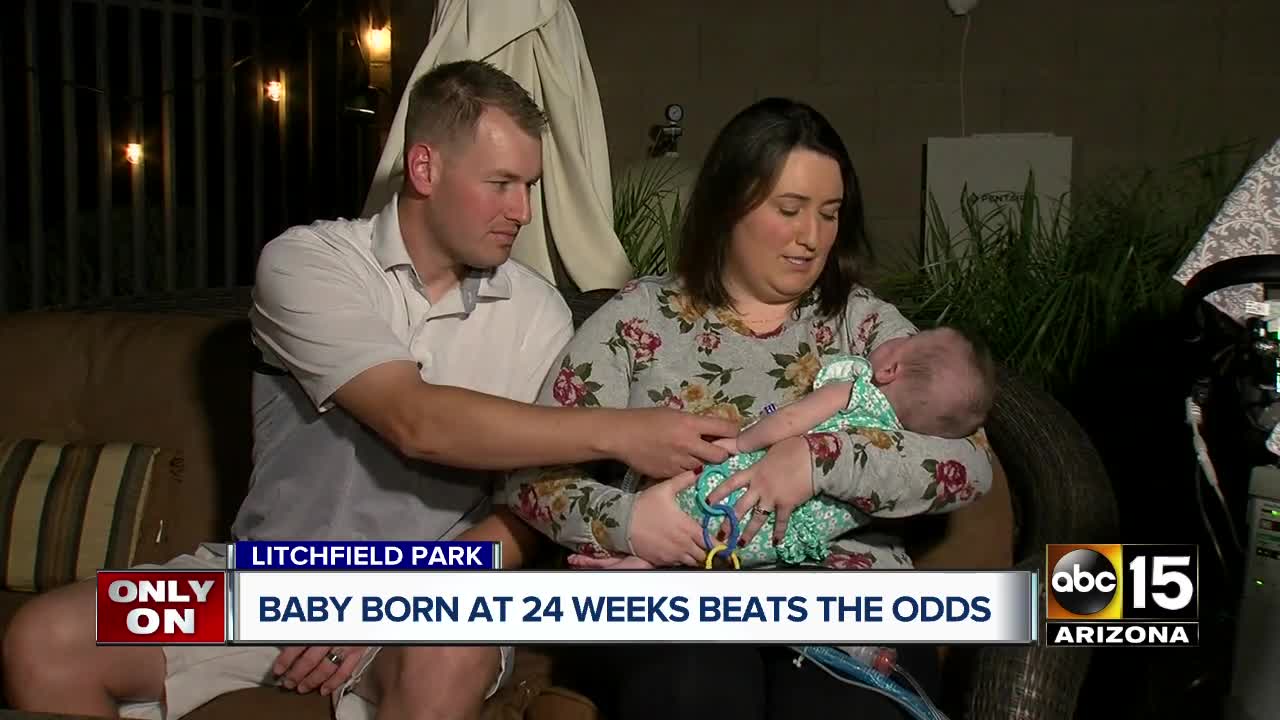 Mackenzie was born at 24 weeks, weighing less than a pound. 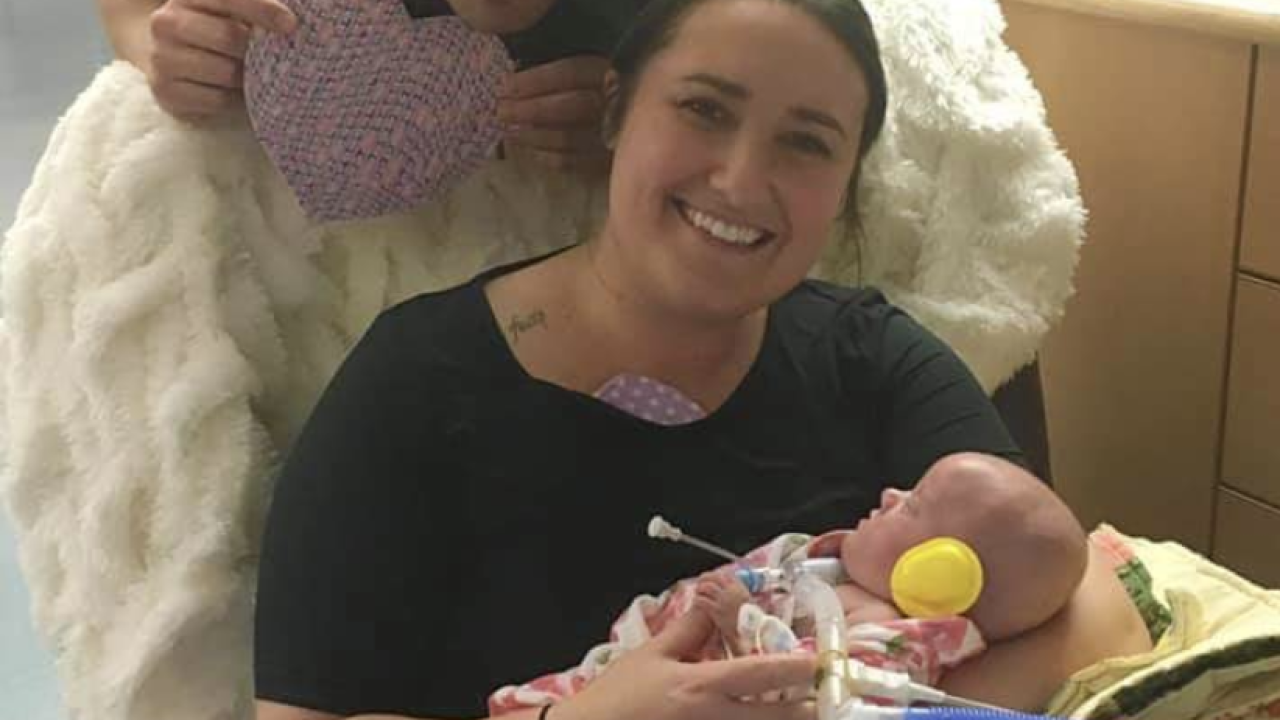 LITCHFIELD PARK, AZ — The new normal for Lindsay and Andy involves a few more tubes and machines than they expected.

Life looked different on November 11, 2018 - the day Mackenzie was born. She weighed just 15-ounces, that's less than a pound.

"Literally looks like a little baby bird that fell out of the nest," said Andy. "That's what we were faced with."

For the next 310 days, Mackenzie would be in the hospital. Doctors told the family multiple times their daughter wouldn't make it.

"We had no clue if she was going to live or die every day so," said Lindsay. "It was more about that on a daily basis than trying to figure out life after."

The family has figured life out, although it's different. Mackenzie is 15-pounds now but about 100-pounds of equipment is breathing for her.

She will be on the at-home ventilator for 2-3 more years. After that, doctors expect her to be healthy and able to breathe on her own. Her mom and dad know she might be small but she's certainly mighty.

"We just feel so blessed to be a part of her story because we just know she's going to do something amazing," said Lindsay.

Mackenzie's family has a hefty medical bill. Her treatment so far has cost about $26-million. Her parents will be responsible for more than $50,000 of that

But they say they plan to use the money raised from a GoFundMe account to start a non-profit and help other families in their situation.