MCSO: Shots fired at Litchfield Park home with woman and two kids inside 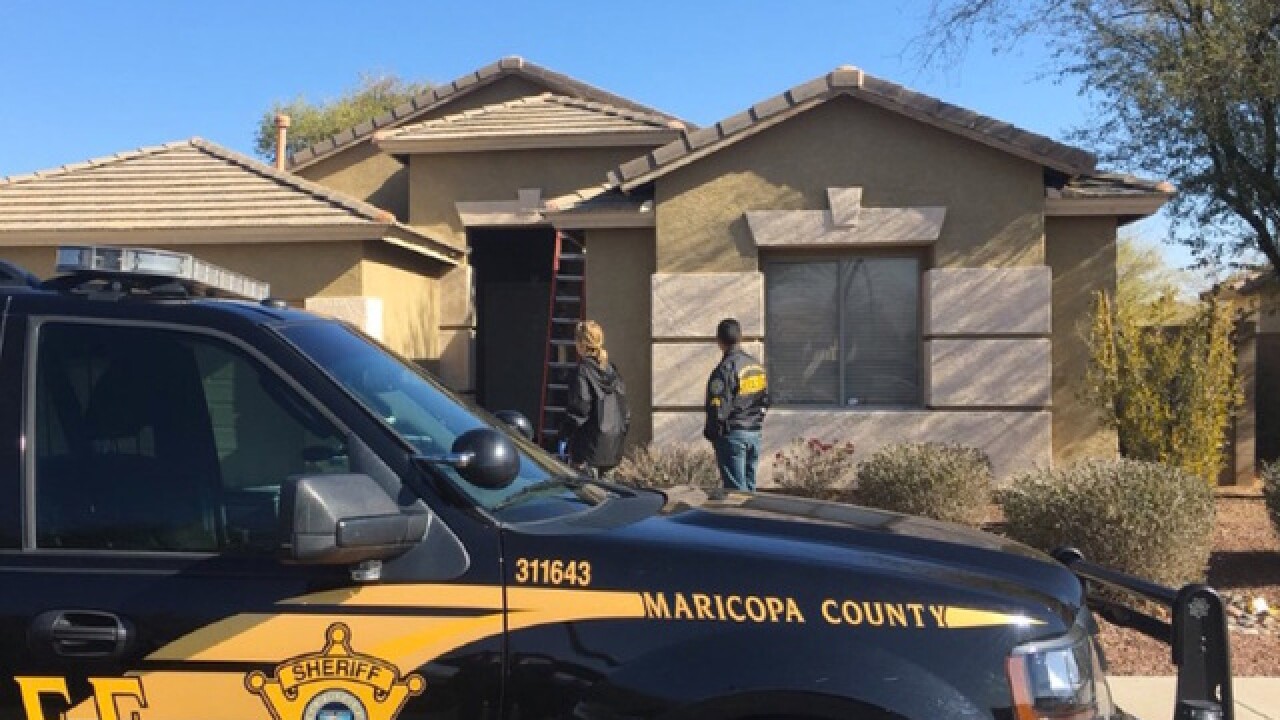 Maricopa County Sheriff's officials are investigating after shots were fired into a Litchfield Park home on Thursday morning.

Officials say deputies were called to the home near Dysart and Camelback roads just before 5 a.m. in reference to shots fired.

On scene, deputies noticed multiple bullet strikes into the home.

A woman and her two small kids were home at the time but were not injured.

Detectives are investigating the incident.