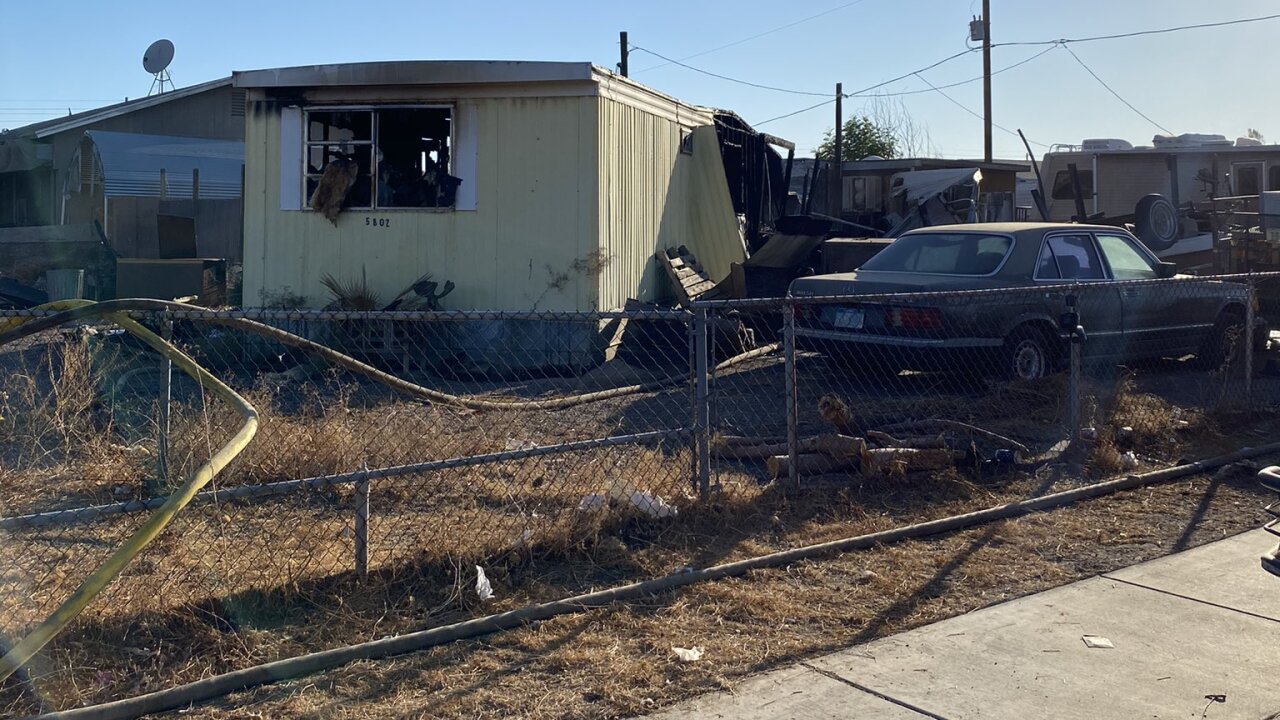 LAVEEN, AZ — The Maricopa County Sheriff's Office is investigating after a man was found dead during a mobile home fire Wednesday evening.

The Phoenix Fire Department says they responded to heavy flames coming from the mobile home near 43rd and Southern avenues in Laveen. During a search and rescue operation firefighters located an elderly male, who was pronounced dead at the scene.

The man's identity hasn't been released.

MCSO is now investigating the cause of the fire. No information has been released that would indicate whether or not the man's death was suspicious.