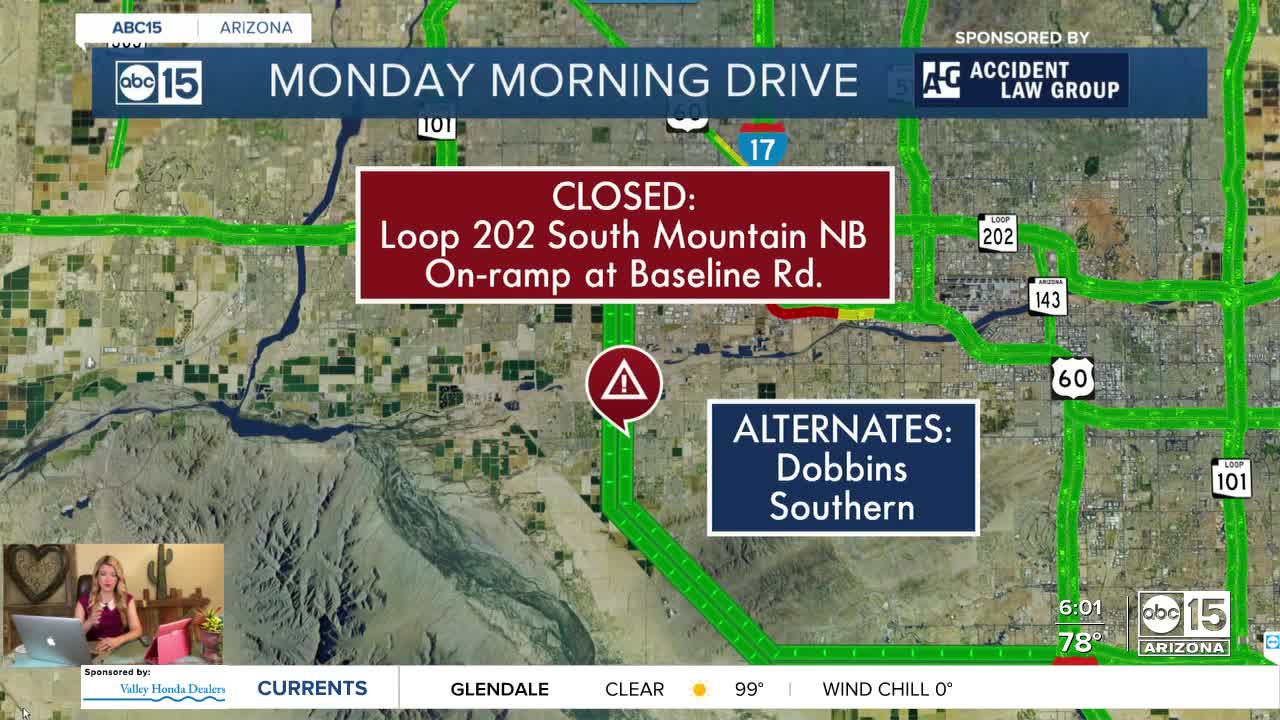 One person was killed in a crash early Monday morning. 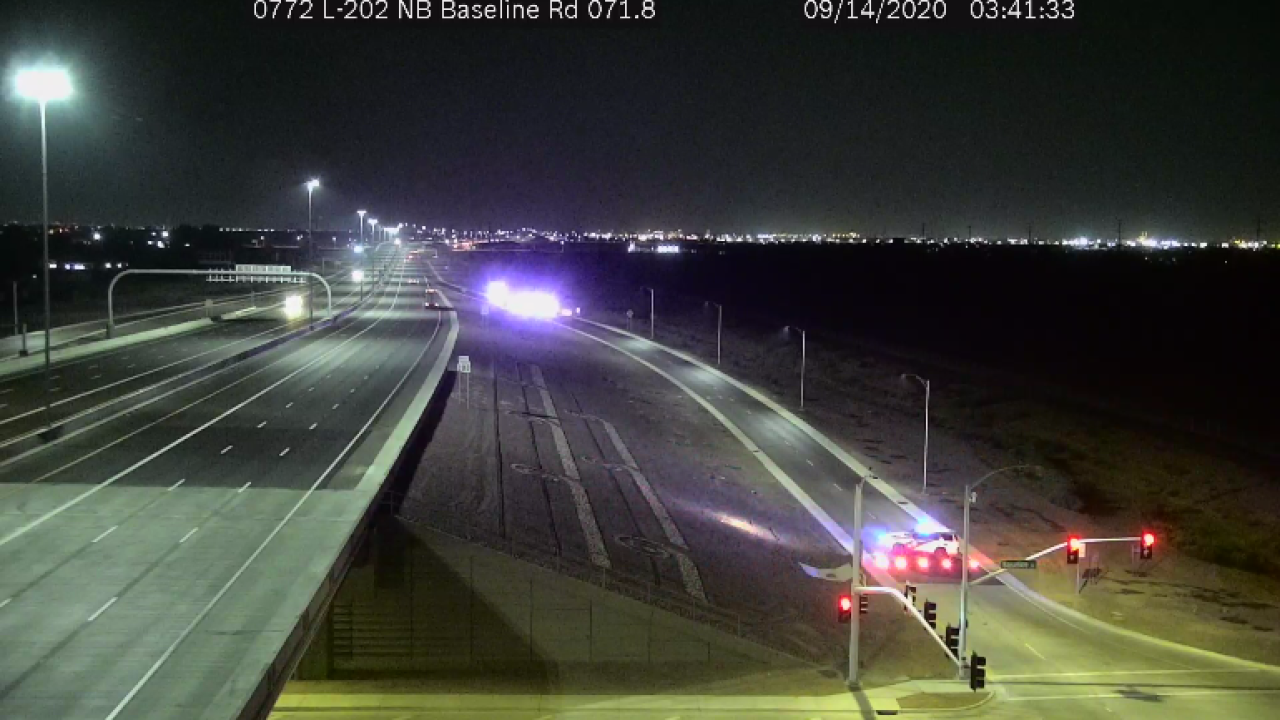 The Arizona Department of Public Safety says one person was killed during a single-vehicle crash on Loop 202 South Mountain early Monday morning.

Emergency crews were called to Loop 202 at Baseline Road around 3 a.m. where a red pickup truck rolled, blocking the on-ramp.

A woman in the truck was reportedly ejected during the crash and was pronounced dead.

DPS has not yet provided more information on what led to the crash.

The Arizona Department of Transportation says the on-ramp at Baseline Road was shut down due to the crash.