Valley woman sues one year after being punched, dragged by Goodyear officer 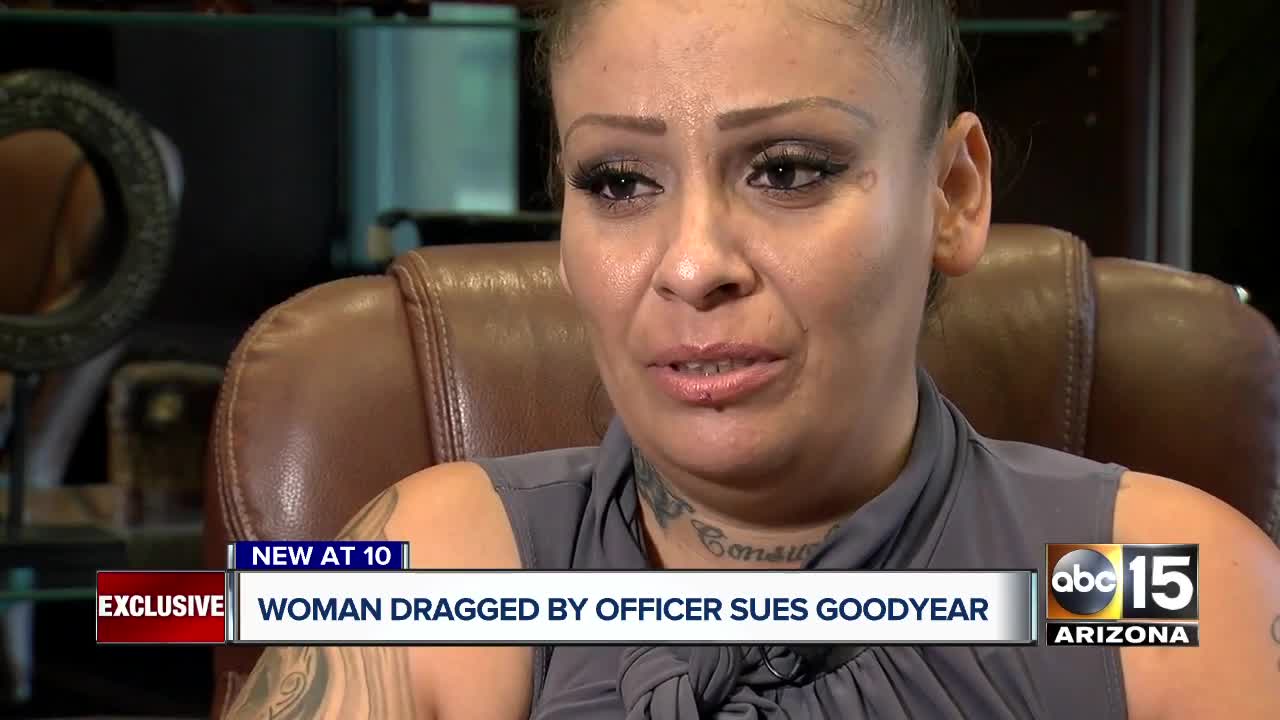 GOODYEAR, AZ — September 6, 2019 marks one year since 39-year-old Renee Armenta's violent encounter with a Goodyear police officer, one she says has sent her life in a downward spiral.

“I'm not so much angry, just scared and frustrated," said Armenta. She sat down with ABC15 again Tuesday. "It didn’t have to go that far. I kind of trusted police officers and now I’m just scared.”

Armenta was pulled over near Dysart and Van Buren last year on suspicion of driving with a revoked license, according to a Goodyear police report of the incident.

Officer Matthew Ross says Armenta was non-compliant, and resisted arrest, and within seconds, punched the 39-year-old in the face and dragged her several feet.

That same day, a witness shared video of the violent arrest on social media. “It was a simple traffic stop," she said. "How did I get what I deserve? A ticket - I would’ve deserved a ticket or something but not to be punched.”

“For that level of force to take place under those circumstances was in our opinion unreasonable," said Ramirez. “If he'd [Officer Ross] simply used some professionalism or some better tactics, he could’ve prevented Ms. Armenta from being injured the way she was.”

Officer Ross argued he feared imminent physical assault after Armenta made a sudden movement with her left hand, according to court documents.

Just days after the incident, Goodyear police said they planned to forward the investigation into the officer's actions to the Surprise police, for outside review of the case, "in an effort to seek full transparency and to ensure a fair and impartial investigation," according to city officials.

In October, Officer Ross was cleared. The city said in a statement: "Investigators found that the Goodyear officer acted appropriately and within department policy and procedure."

"In ratifying [Officer] Ross' actions and placing him back to work, Defendant City [Goodyear] has demonstrated by act or omission that the unconstitutional, excessive force used by [Officer] Ross against the Plaintiff is an accepted practice..." the suit said.

“The City of Goodyear is responsible for training its officers to make sure that they are treating the citizens well," added Ramirez. "We think they failed in that.”

Armenta's suing for $250,000. We reached out to Goodyear city officials and Goodyear police. A department spokesperson says they cannot comment on pending litigation.