Man shot by officer was trying to get in woman's Goodyear apartment, police say 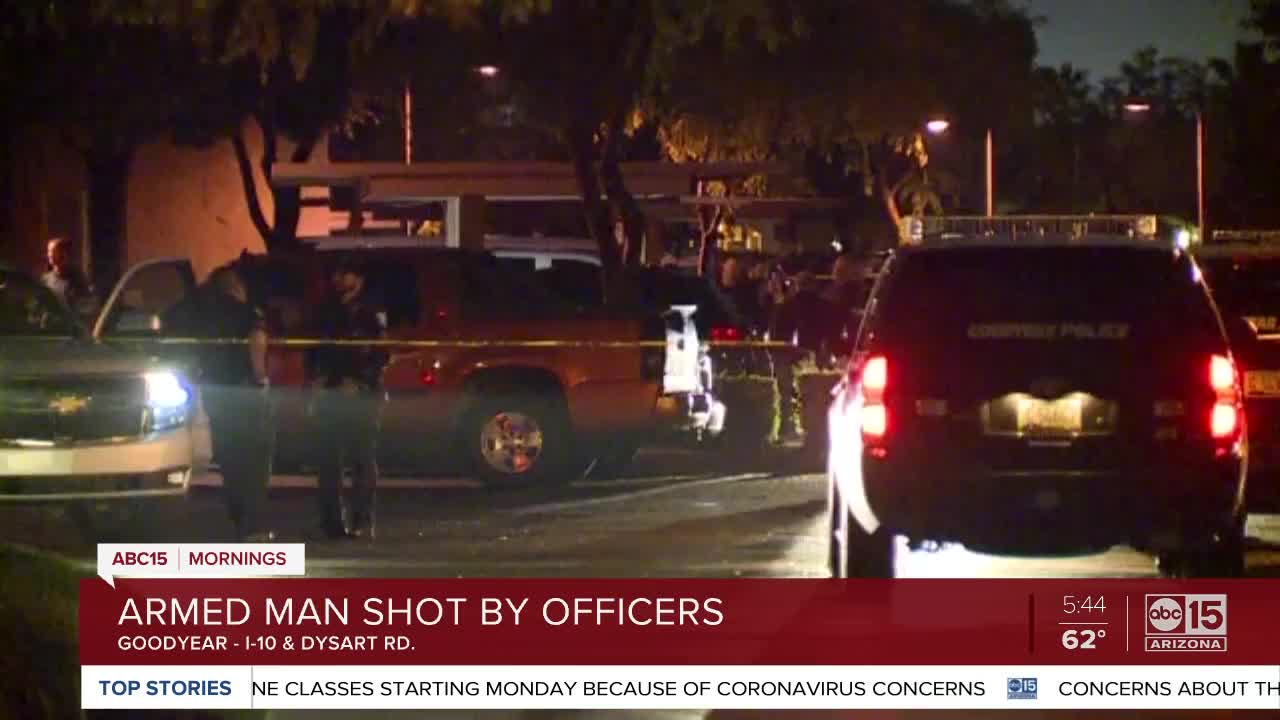 Officials say officers were called to the area of Dysart Road and Van Buren Street around 12:05 a.m. Thursday for a "suspicious activity" call. Officers were notified that a man was attempting to gain access into a woman's apartment.

When police arrived at the scene, they found the man, who then shoved an officer and tried to flee.

During the foot pursuit, police say the suspect, 23-year-old Malaki Cox, displayed a gun. An officer felt threatened and fired a shot at Cox.

Cox was reportedly taken to the hospital in stable condition and is expected to survive.

Police say there is no threat to the community and that this was an isolated incident.

No officers were hurt during the ordeal.