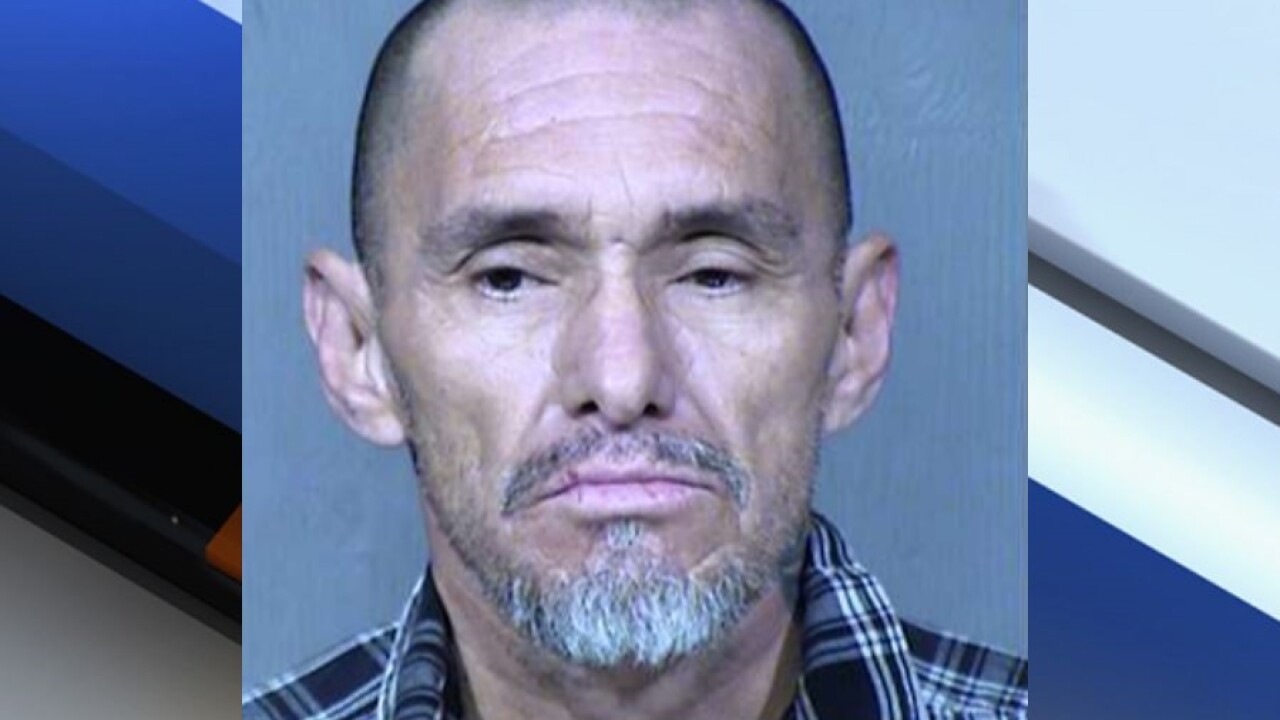 The Maricopa County Sheriff's Office reports that on December 2, they arrested Bobby Lee Castro, 52, at his home near 35th and Northern avenues.

In July, Castro was reportedly working as a plumber at a home under construction in Litchfield Park. The homeowner had many of his belongings stored in his garage on the construction site when he noticed his John Elway autographed football was missing.

MCSO says the victim monitored online auction sites and purchased a John Elway autographed football from eBay in October for $200. He matched the serial number on the football with his authentication slip and contacted MCSO.

Detectives traced the football to a pawn shop, which reportedly showed that Castro had pawned the football in May. Castro was found to be employed by the plumbing company that was hired to work on the victim's home and was present when the theft occurred.

MCSO says Castro has an extensive criminal history with over 19 years in jail and prison for various crimes.

He has now been charged with burglary and trafficking in stolen property.