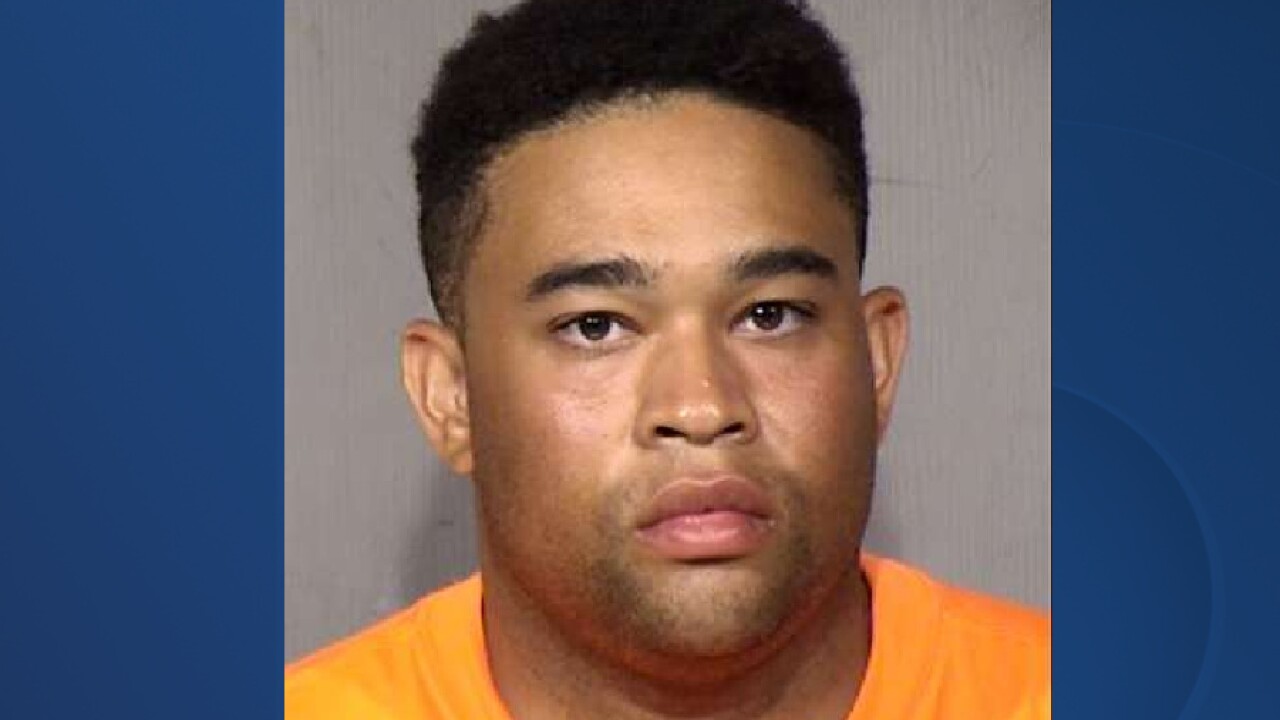 GOODYEAR, AZ — A deputy service aide with the Maricopa County Sheriff's Office was arrested Wednesday in Goodyear and was charged with child abuse and aggravated assault, MCSO confirmed on Thursday.

Deputy service aides are not law enforcement officers, do not carry a weapon, and cannot arrest people, MCSO said. But, they do respond to lower-level priority calls so MCSO deputies can respond to the higher priority calls, the agency said.

According to the Goodyear Police Department's probable cause statement, Brown is accused of striking the face of his 7-month-old infant daughter, causing the left side of her face to bruise, after picking her up from preschool on August 25.

Goodyear PD also say after their investigation and a number of interviews, they arrested Brown on Wednesday.

Brown denied the allegations in a post-Miranda interview with Goodyear police officers, according to court documents.

"As has always been my position, I am intolerant of actions which are in conflict with our values in the law. Protection of children has always been a top priority and I expect our employees to be leaders in this community in keeping children safe," Sheriff Paul Penzone said in a statement. "Any actions in conflict with these expectations will not be tolerated and all people should held to the same standard of conduct under the law."

In his statement, Penzone said the deputy service aide has been placed on administrative leave pending the internal and criminal investigations.

"I will take the appropriate action should the allegations be substantiated," Penzone said.