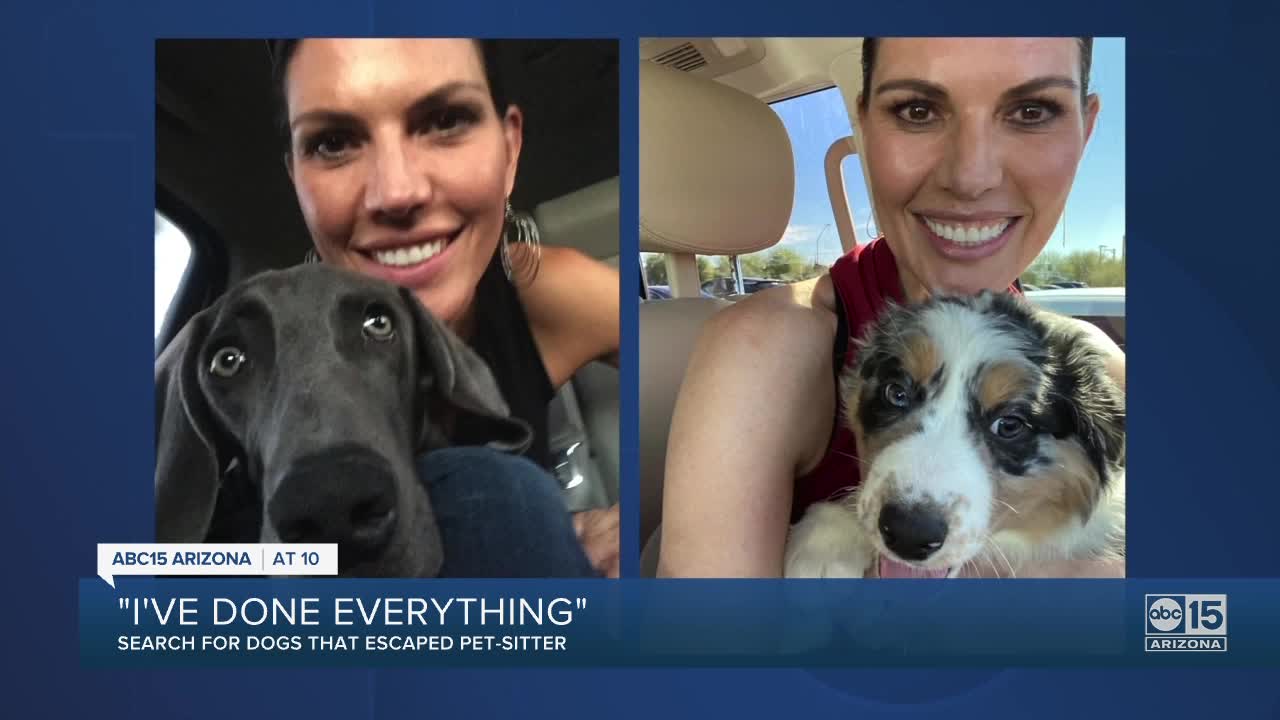 A Valley woman is now offering a $10,000 reward to anyone who can help her find her missing dogs, along with a warning about how you choose a pet-sitter to watch your furry animal friends. 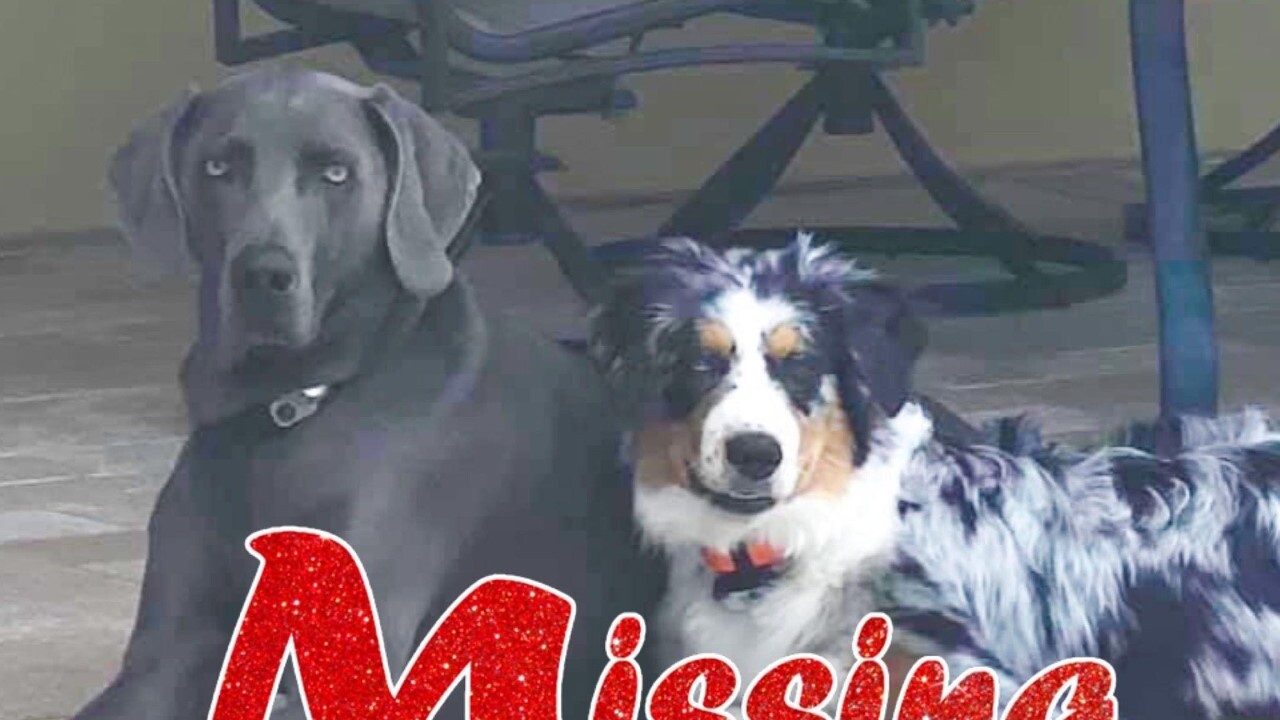 GOODYEAR, AZ — A Valley woman is offering a $10,000 reward to anyone who can help her find her missing dogs.

Joy Collier tells ABC15 her pups Charley and Nellie disappeared after she left them in the care of a pet sitter she hired off the popular app Rover. Now, three months later, Collier has spent nearly $20,000 searching for her lost family members.

Collier says while on vacation, she got a phone call from the pet sitter informing her that her dogs had disappeared.

The pet sitter, whom ABC15 is not naming at this time, told Collier she had a plumbing issue in her home, so she moved all of the animals she was caring for into her backyard. The dogs disappeared after getting through a gate with a broken latch, according to the pet sitter.

"I was in absolute disbelief, heartbroken, I just like immediately went numb," said Collier.

Collier and her family rushed to the Goodyear area where the dogs had disappeared, near Van Buren and Estrella Parkway, to search for them.

Over the last three months, the family has desperately put up thousands of flyers and enlisted the help of many social media sites to help in the search. Dozens of volunteers have joined them walking the streets, flying drones, and going door-to-door in neighborhoods nearby.

"My Facebook blew up, it was incredible," said Collier. She added that people from all over the world were messaging her, saying they were praying for the safe return of her pets.

What Collier finds odd though, is despite all of the effort and the number of people involved in the search, there have been no sightings of her dogs.

"I have done everything. I have had drones out, I have had thermal drones in the evening looking through the cornfields, we've brought in scent dogs from San Diego, we've hired private investigators, we have put up thousands of flyers and rotating billboards around the Valley," added Collier.

Along with frustration though, Collier said she was also sickened by the fact that the pet sitter responsible for losing her dogs was still active on the Rover app. She was disheartened with Rover's response to her calls for help, saying the company referred to themselves as an advertising platform for independent contractors.

ABC15 reached out to Rover to find out what the company does in situations like this one.

A spokesman sent us this statement:

"As dog lovers ourselves, we’re devastated by the disappearance of Charley and Nellie and we join the family in their grief. This type of situation is extremely rare on our platform and is being thoroughly investigated by our Trust and Safety team. To aid in the search, we’ve ordered flyers to be posted, engaged our local community of sitters, and offered a reward for any information that could assist in a safe return home."

Company officials did not answer our questions as to why the pet sitter was still active on the Rover app, and what it took for them to ban someone from advertising their services on their platform.

"All of these executives at Rover claim they love dogs. You look at their website they're posing with their pets. Would any of them board their dogs with this pet sitter?" asked Collier.

On Rover's website, the company advertises "the Rover guarantee" that covers any injuries that your dog might suffer at a pet sitter's home, but there was no mention of what actions the company would take if an animal disappeared.

Collier said the "Rover guarantee" does not go far enough and she warned pet owners to keep in mind they would be on their own in a worst-case situation such as hers.

Along with Collier's $10,000 reward, Rover is also offering their own reward for any information that will help bring the pups back home, where they belong.