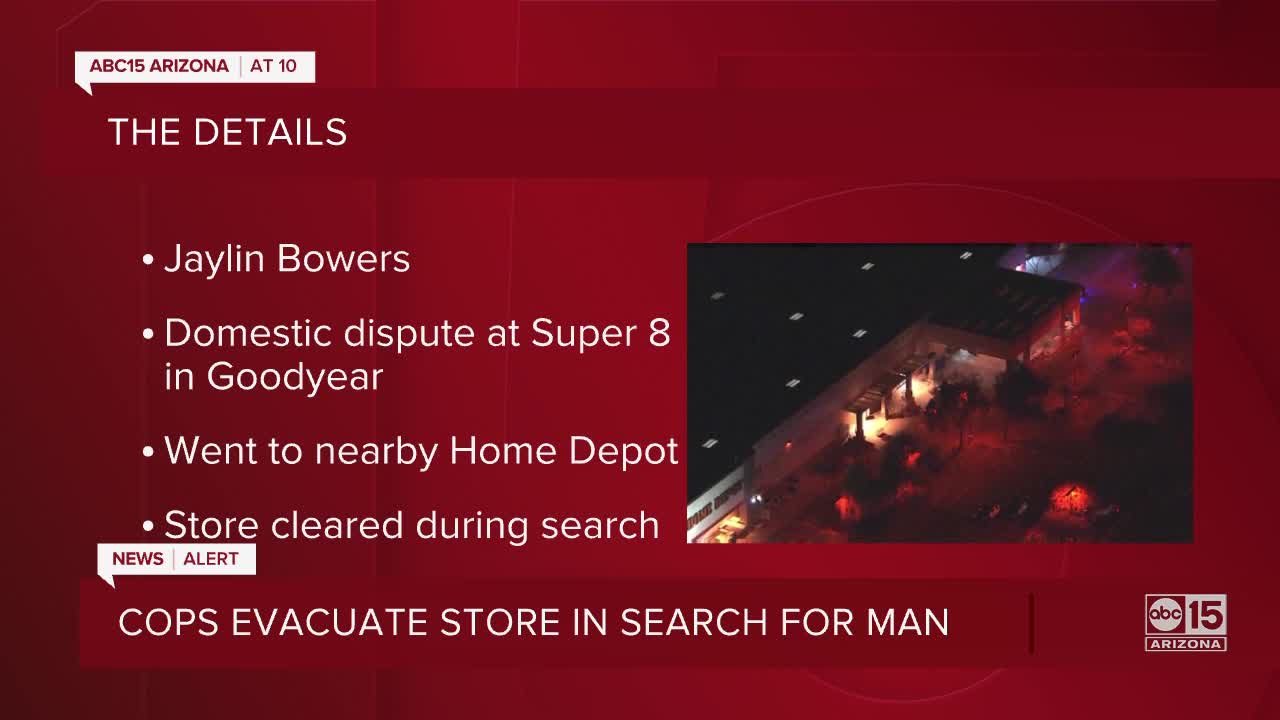 Police say Bowers was involved in a domestic violence incident before he fled from police. 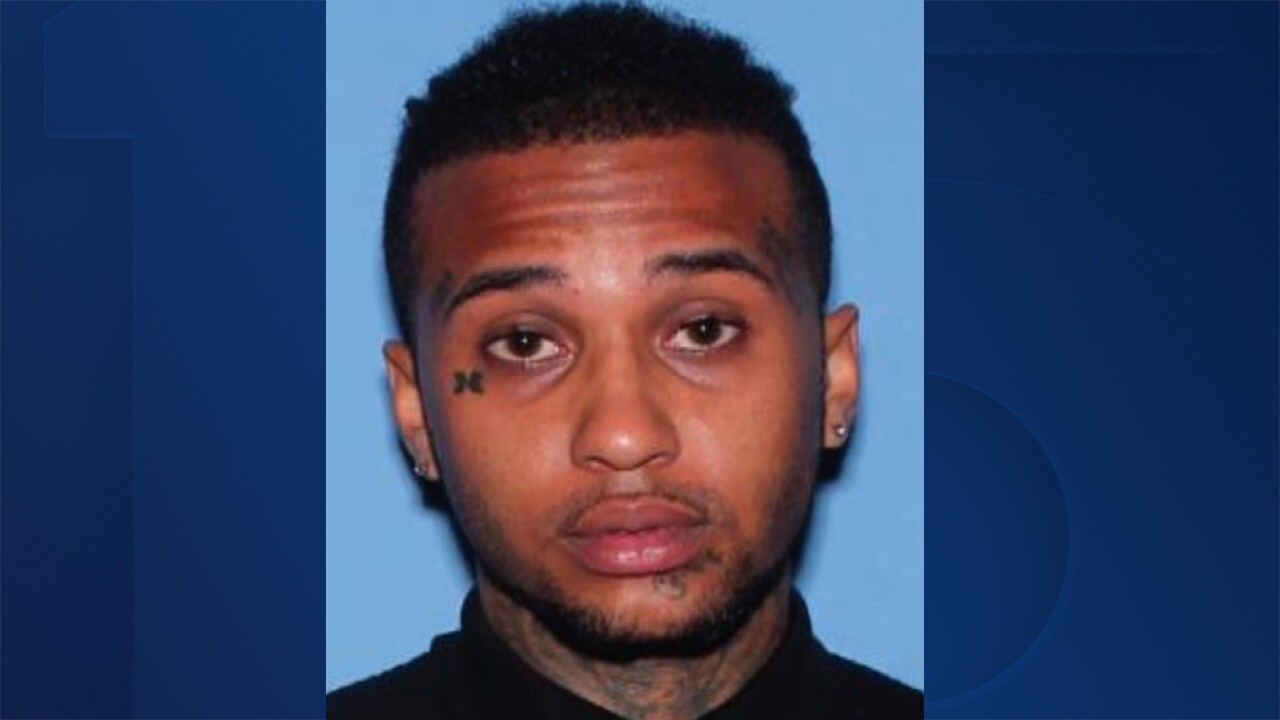 GOODYEAR, AZ — Law enforcement agencies in the southwest Valley are searching for a domestic violence suspect who fled from Goodyear police Monday night.

Goodyear police say officers responded to the Super 8 Motel near Dysart Road and Interstate 10 around 4:42 p.m to check out a domestic violence call.

Police say when officers arrived, the suspect, Jaylin Bowers, ran from the scene and was last seen entering a Home Depot store on Dysart Road.

Authorities say the store was evacuated and several law enforcement agencies are assisting with the search for Bowers.

He is described as a 35-year-old black male with several neck and facial tattoos and "X" tattoo under his right eye.

Anyone with information is asked to contact Goodyear police or your local law enforcement agency.