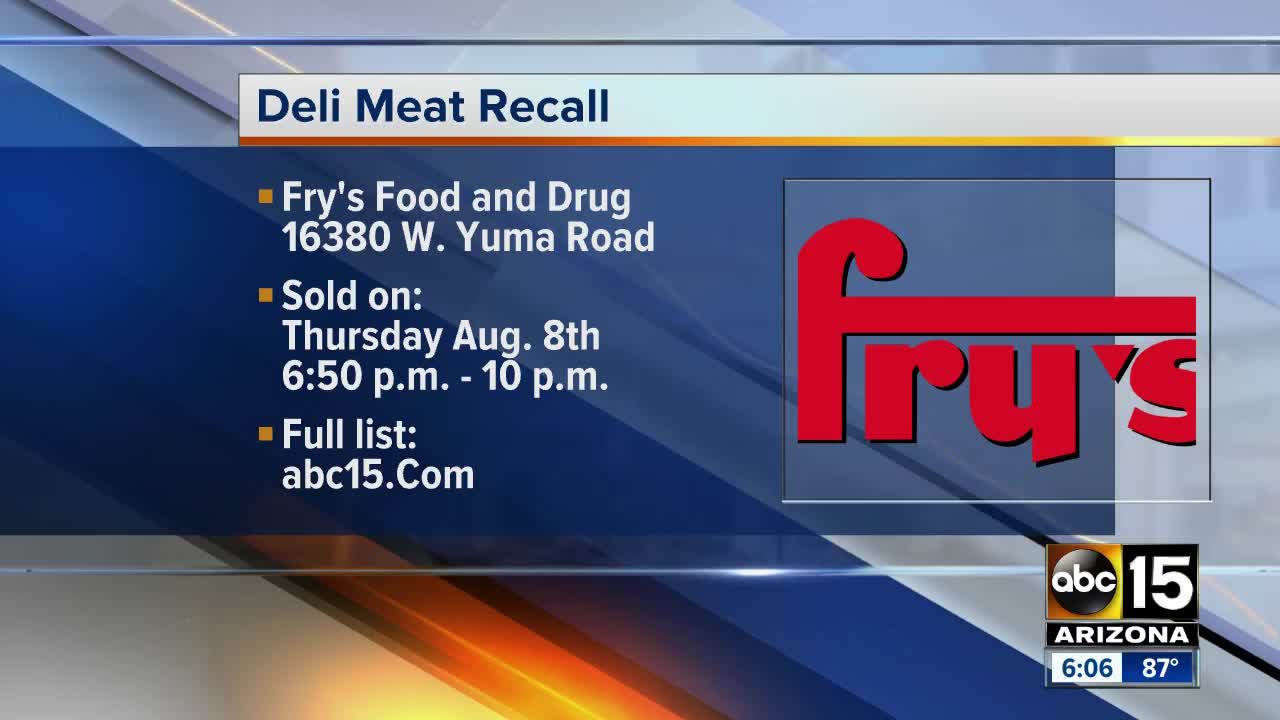 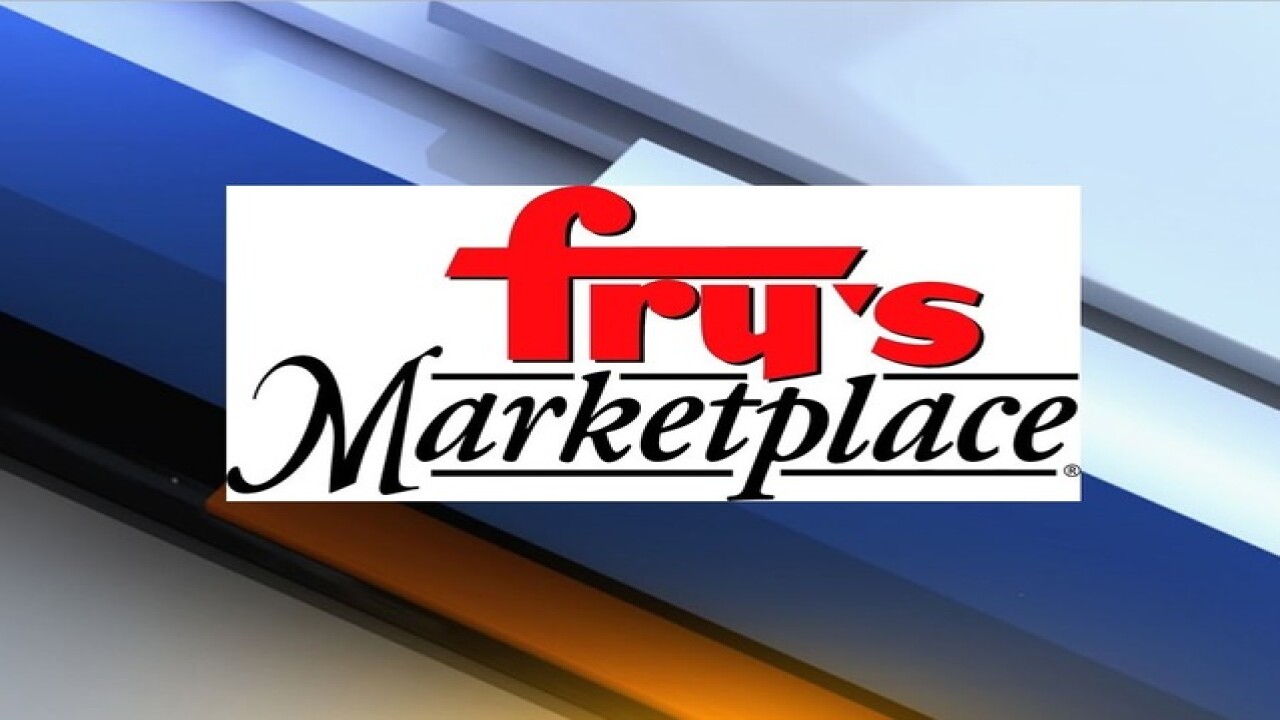 GOODYEAR — The Fry's Food Store at the 16380 W. Yuma Road location in Goodyear has issued a recall for over-the-counter sliced meat due to possible "contamination with human bloodborne pathogens," according to a spokesperson for Kroger Corporate Affairs Manager, Fry’s Division.

According to the Fry's spokesperson, the possibly contaminated meat was sold Thursday, August 8 between 6:50 p.m. to 10:00 p.m.

The possible contamination was discovered on August 9 when the company was conducting an audit of food safety procedures in the deli, the spokesperson said.

The recalled deli items include the following:

Those who have purchased any of the products listed above should not consume the meat. Customers should return the product to the store, and can be issued a refund or replacement, according to the Fry's spokesperson.