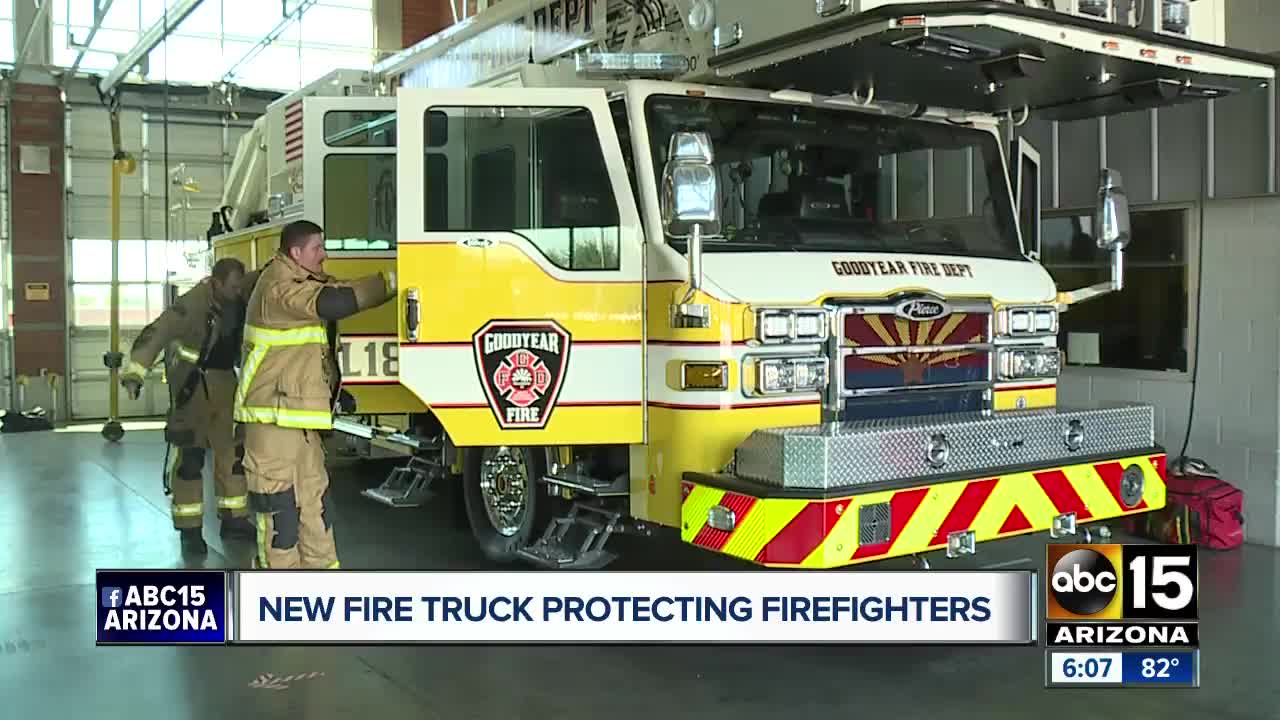 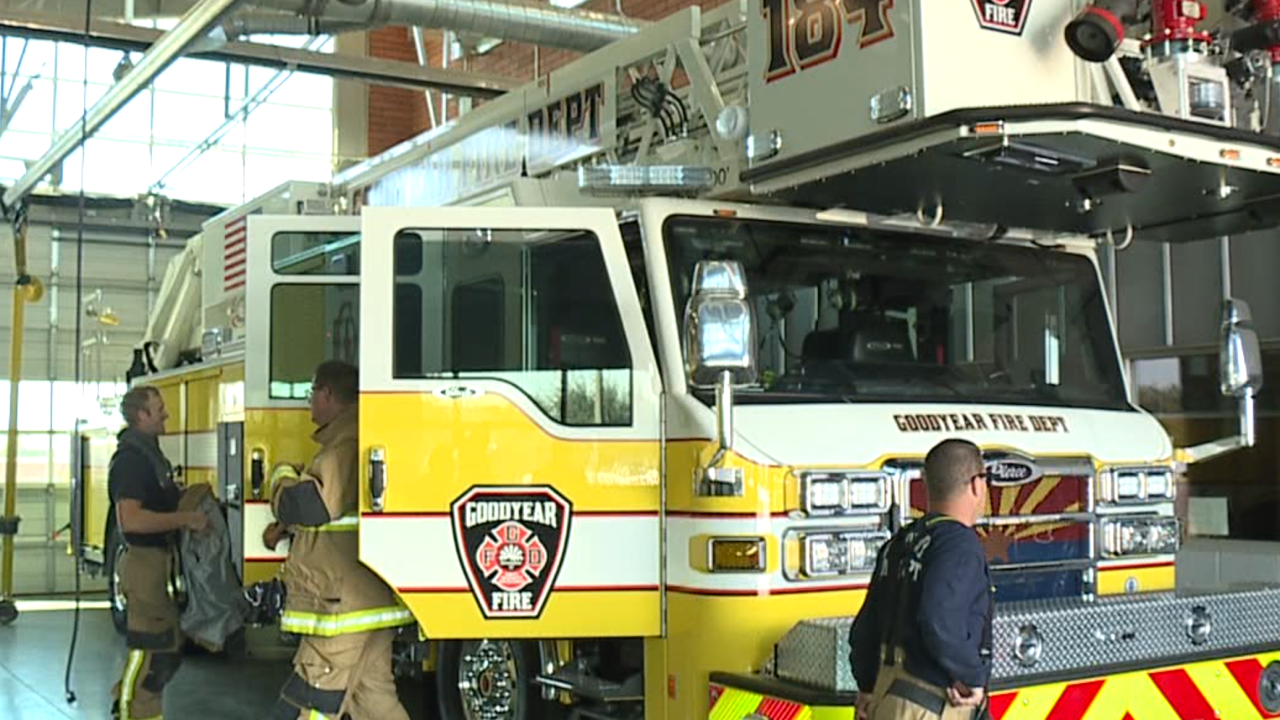 GOODYEAR, AZ — When the tones go off at the Goodyear Fire Department, there's a brand new fire truck rolling out of the station, Ladder 184.

The station is home to a new state of the art way to respond to emergencies faster, such as battery-powered extrication tools working with just the touch of a button. Goodyear Fire Captain Jose Aguirre said that eliminates the old way of gas and generators.

"Seconds count, especially if you're the victim inside of a car," said Aguirre.

Most notable though, it's what's keeping the firefighters safe — known as a clean cab design, which is meant to keep carcinogens away from firefighters.

Previous fire truck layouts, the crew's air tanks, and turnout gear were kept in the cab of the truck. That means all the dangerous soot and chemicals they pick up from inside a fire would be riding back to the firehouse with them in the cab.

Now, turnout gear and anything that enters a fire is kept in compartments away from the cab, insuring anything of potential harm stays away from firefighters.

Firefighters contracting cancer on the job hits close to home for the Goodyear Fire Department.

In early September, they said goodbye to Engineer Austin Peck, who died of cancer he got on the job as a Goodyear firefighter.

"In honor of them and trying to prevent future cases we're doing everything that we can up to and including re-designing our fire trucks," said Aguirre, who adds that their department is now leading the nation in ways of keeping their fire crews safe and healthy at every level.