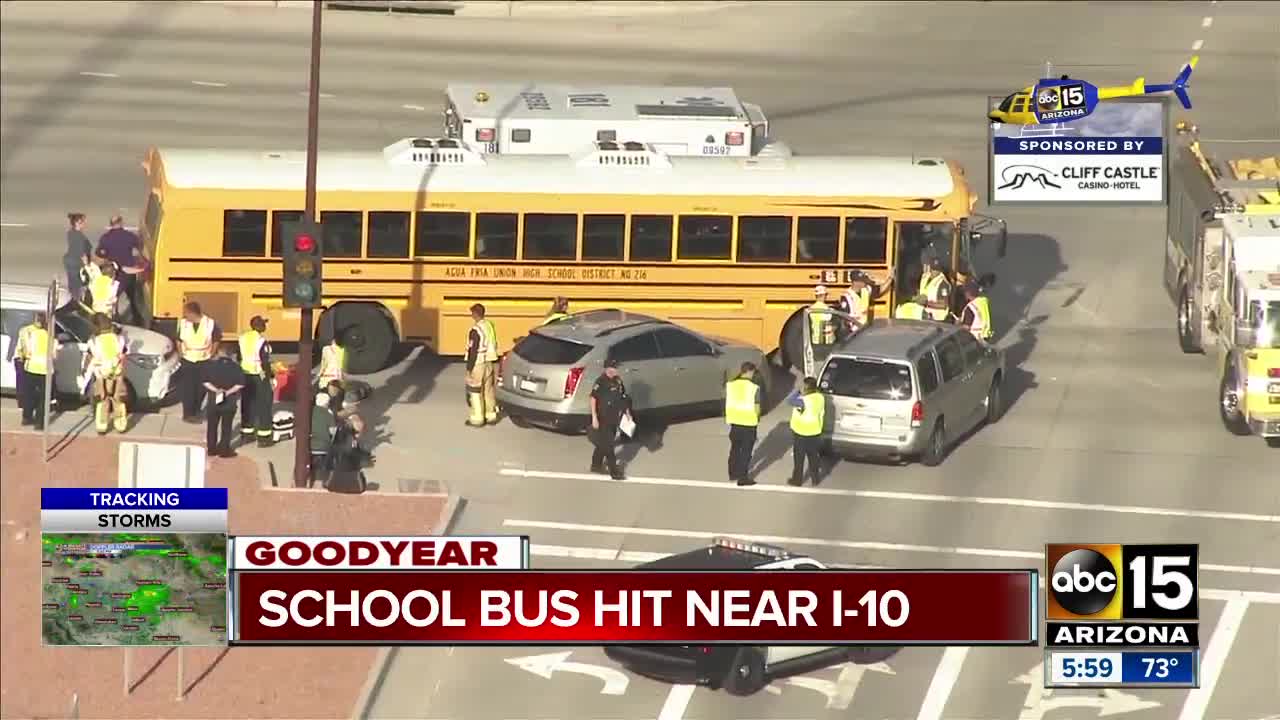 Only minor injuries reported after crash on I-10 and Sarival Wednesday afternoon. 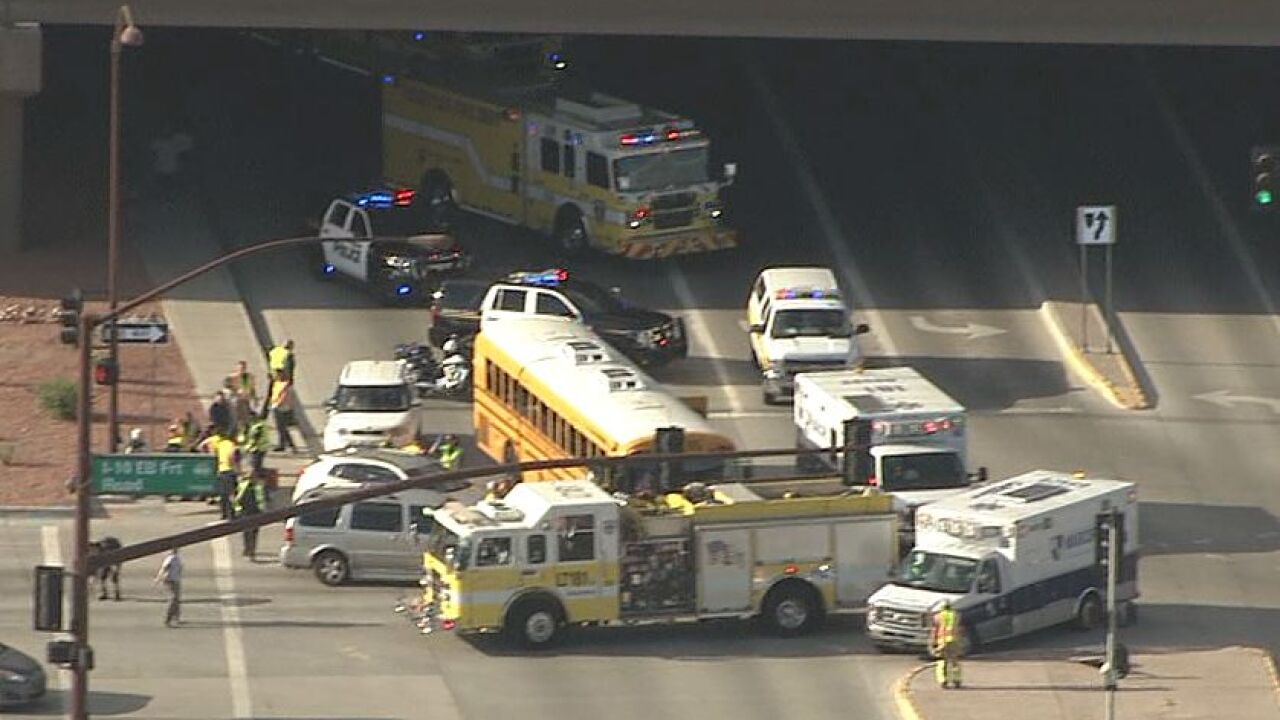 GOODYEAR, AZ — Nineteen students had to be bused from the scene of an accident Wednesday evening after their school bus was involved in a crash with two other vehicles in Goodyear.

Rescue crews were called to the collision near Interstate 10 and Sarival Avenue around 5:15 p.m.

According to Goodyear firefighters, the students, from the Agua Fria Union High School District, and three other adults were treated for minor injuries at the scene and released.

Goodyear police said the other two vehicles involved also suffered only minor damage, and that impairment and speed are not considered to be factors.

It is unclear at this time what led to the accident.