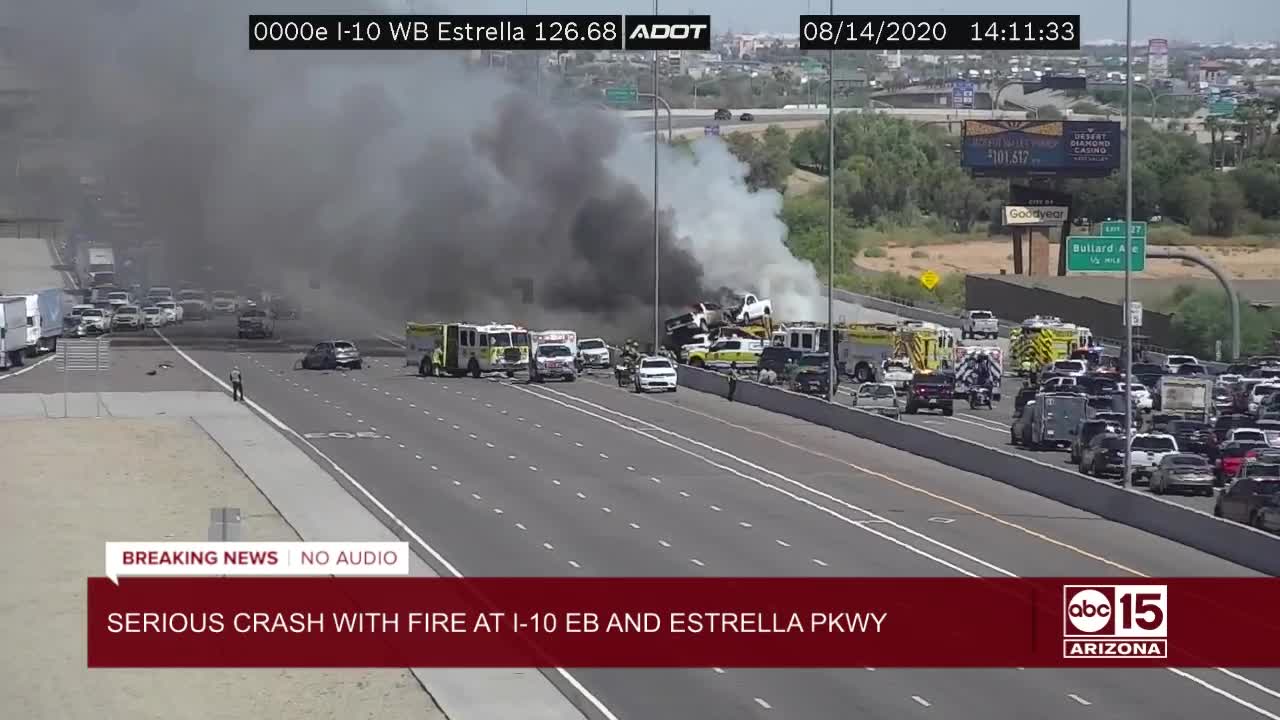 Two injured in crash, fire on I-10 near Estrella Parkway 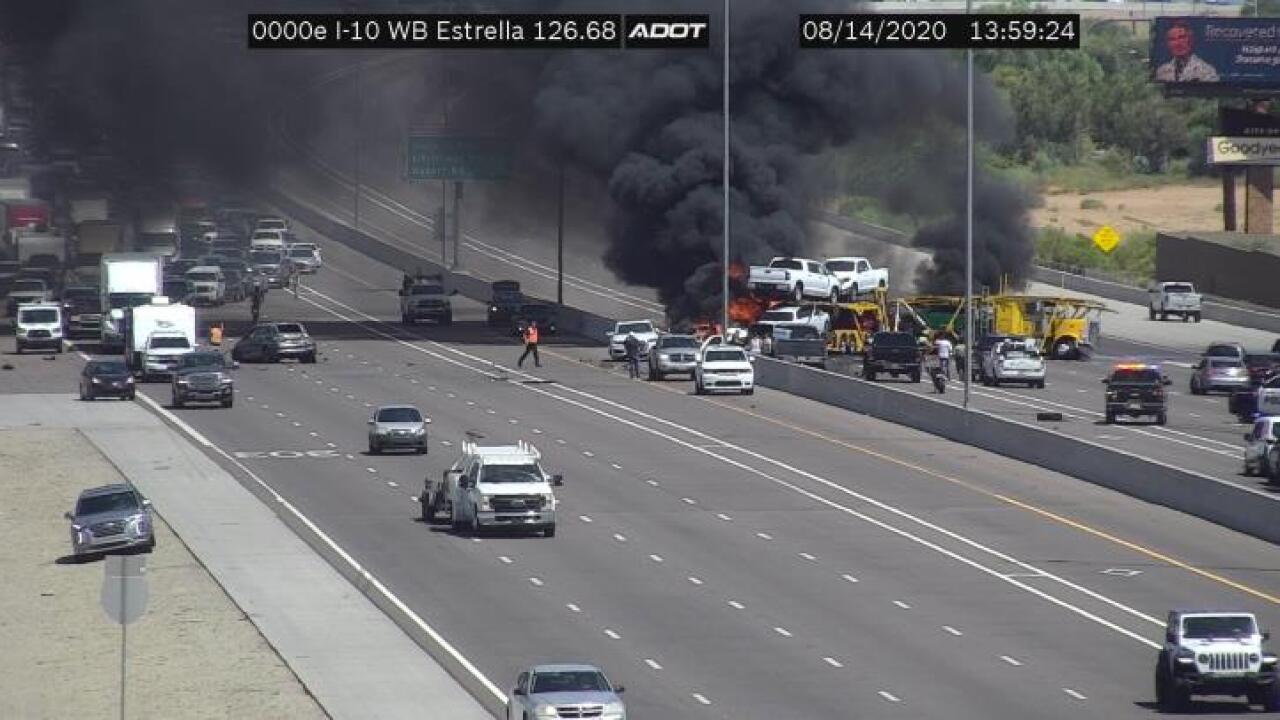 GOODYEAR, AZ — Two people were transported to the hospital after a vehicle crash and fire shut down Interstate 10 near Estrella Parkway Friday afternoon.

DPS officials say a the front left tire failed on a commercial truck-tractor that was pulling a loaded vehicle hauler trailer causing the driver to lose control.

The commercial truck then struck a concrete barrier wall and a passenger vehicle.

Two vehicles from the vehicle hauler trailer were ejected into traffic in the opposite direction.

A fire then sparked on the truck, the vehicles it was holding, and the passenger car.

The injuries to the two individuals transported were non-life threatening, according to Goodyear Fire.

DPS troopers say no criminal charges are pending and impairment is not suspected to be the cause of the collision.

Watch live video in the player below:

A large crash has caused a car fire on the I-10 eastbound at Estrella Parkway. We're working on gathering more information.