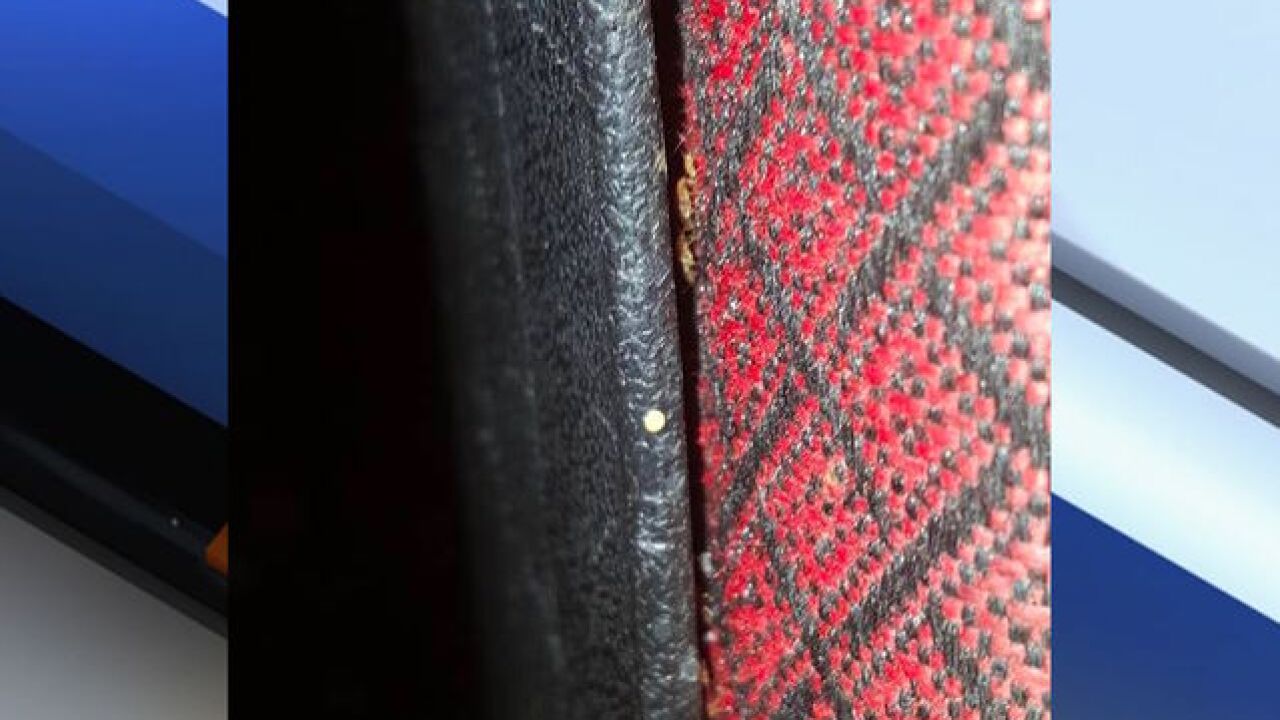 A Valley woman says bed bugs were feasting on her and a friend's arm shortly after they sat down to enjoy the Sci-Fi drama "Flatliners” at the AMC at Westgate in Glendale.

Minutes into the movie, Crystal Mitchell said her arm started to itch. She ignored it for a while, but when the itching became unbearable, she turned on her flashlight to see what it was and saw several bugs just scattering into the crevices under the armrest, which was raised. She said two bugs were on her arm.

The horrified woman says she ran out and instantly informed a manager. She also posted the pictures she took and her experience on her social media page.

"I don't want anyone going and taking them home. I feel like I could have brought some home with me on my purse. I still haven't taken my purse inside," said Mitchell.

ABC15 sent the pictures Mitchell took to a Public Health entomologist and bed bug expert, Professor Dawn Gouge. Gouge instantly identified the insects as bed bugs, and said there appeared to be an active infestation, based on the size of the different bugs, and the eggs that appeared to have hatched.

Gouge said bed bugs like to feast on human blood and can be found in most places frequented by the public.

"Unfortunately cinemas are the ideal location for bed bugs to hide out. In the cracks and the crevices of the chair, it’s dark in there. They usually like to prey on human blood while people are in a state of rest," said Gouge.

She said that bed bugs typically hitchhike on humans via clothing and backpacks, or purses, and are difficult to get rid of.

RELATED: Expert tells how to look for and prevent bed bugs

"In most bed bug infestations you need a lot of thorough monitoring and aggressive treating by the experts," said Gouge.

Mitchell said she hoped the AMC movie theater would shut down the place for a couple days to clean up the problem.

A spokesman from the corporate office of AMC sent us this statement:

"AMC is vigilant and aggressive about the inspection and treatment of this issue. Every seat at AMC Westgate 20 is proactively inspected monthly and treated immediately if any evidence is found. An inspection also takes place anytime there is a guest report of bed bugs. In this case, the auditorium in question has been closed for an immediate inspection, and treatment if activity is found."

Mitchell said she believes there was no way her seat was the only one infested.

She has also filed a complaint with the Maricopa County Environmental Services division. A spokesman tells us they are looking into it, and planned to send an investigator to the theater to look into it. ABC15 will keep you posted on the results.