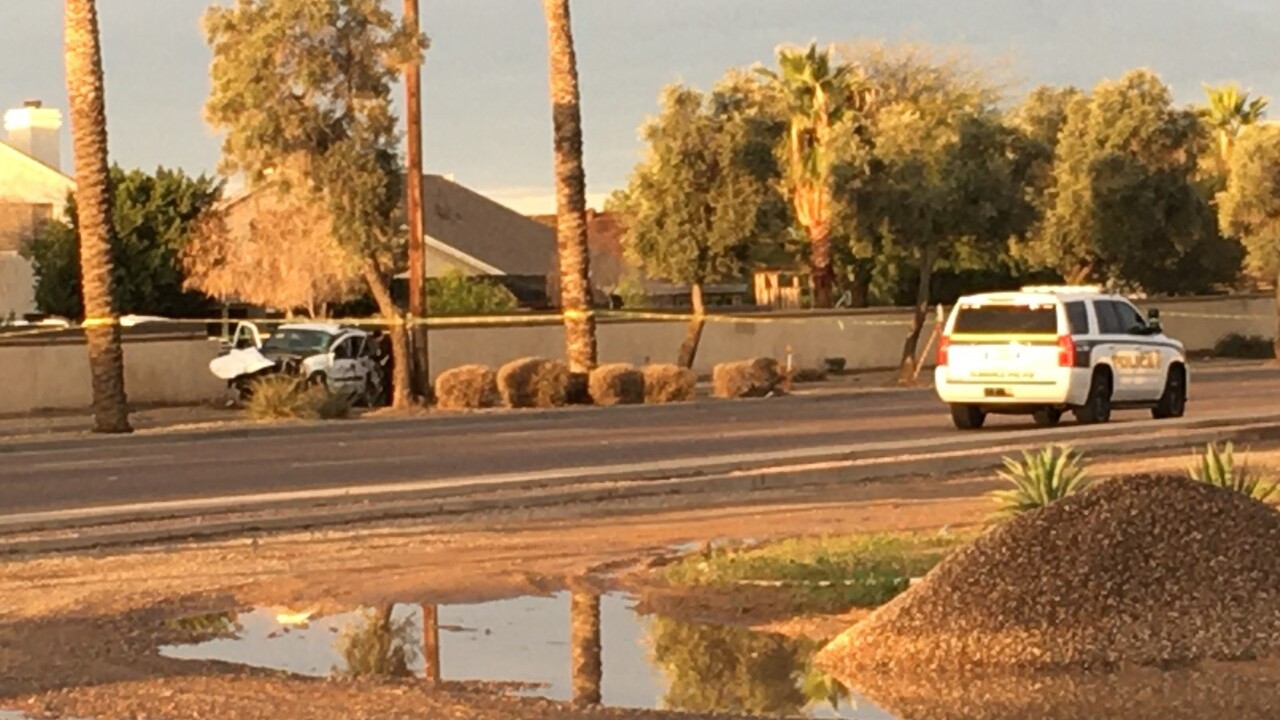 GLENDALE, AZ — A woman is dead after losing control of her vehicle and crashing in the west Valley near 75th and Glendale avenues.

The Glendale Police Department says around 2:00 a.m. Sunday, the woman, identified as 34-year-old Felicia Hernandez, veered off the roadway and hit a block wall and then a pole.

Hernandez was pronounced dead at the scene. Her passenger, a 34-year-old woman, was taken to a hospital for treatment and is expected to be okay.

Glendale police say they're still investigating if speed or impairment was a factor in the crash.